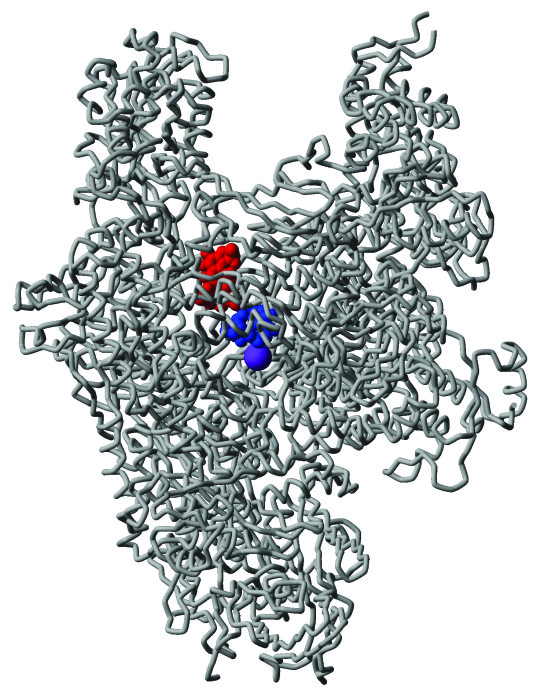 A new small molecule attacks bacteria by a mechanism that microbes could struggle to develop resistance against, according to a study. The compound, the study’s authors say, could lead to an antibiotic for drug-resistant bacteria.

The molecule blocks the active site of bacterial RNA polymerase by mimicking the structure of nucleoside triphosphates, which the enzyme uses to stitch together RNA. By preventing the nucleoside triphosphates from binding the enzyme, the agent shuts down RNA synthesis, killing the microbes. Pseudouridimycin killed different types of bacteria, including drug-resistant strains, in test tubes and cleared a streptococcal infection in mice.

The study is “beautiful work” that could “actually lead to a clinically approved antibacterial drug,” comments RNA polymerase expert Georgi Belogurov of the University of Turku.

Bacterial RNA polymerase specialist Katsuhiko Murakami of Pennsylvania State University notes that bacteria probably would struggle to develop resistance to pseudouridimycin because preventing it from binding would likely also disturb RNA polymerase’s normal function, which could be fatal to the bacteria. For example, previous studies have shown that viral mutation against the flu drug favipiravir, which directly targets the viral RNA polymerase active site, “compromises RNA polymerase activity and function,” killing the virus, Murakami says.

Because bacterial RNA polymerase’s nucleoside triphosphate binding site has a structure and sequence similar to those of human RNA polymerases, most researchers thought it would be impossible for a molecule to block it selectively, Ebright says. But pseudouridimycin achieves this selectivity because it has a side chain that also binds an adjacent site conserved in bacterial but not human RNA polymerases.

What’s more, the study found that pseudo­uridimycin develops resistance an order of magnitude more slowly than does rifampin, an antibiotic that binds to another part of bacterial RNA polymerase.