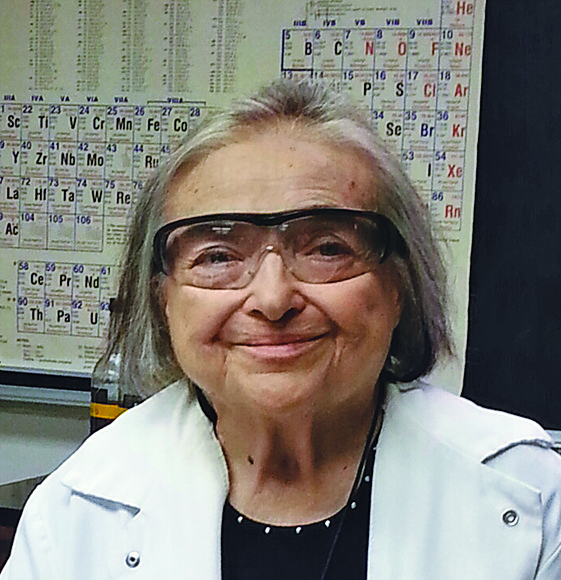 “In addition to being dedicated to teaching organic chemistry, my mother enjoyed visiting art galleries and museums around the world with my father, the late Okan Gurel, with whom she cowrote ‘Oscillations in Chemical Reactions,’ published by Springer-Verlag in 1983, with a Russian-language edition published by Mir in 1986. One of the joys my mother had, especially after surviving a four-month hospitalization in 2013, was to visit the Metropolitan Museum of Art to see [Jacques-Louis] David’s painting of Antoine and Mme Lavoisier. She had so many observations about the painting and Lavoisier’s life and legacy.”—Ozan Gurel, son