Demand for key battery component is booming, but the business remains a difficult one

Meanwhile, in China, the country that boasts of having the largest fleet of electric vehicles, battery makers are also investing. Between 2017 and 2021, Chinese lithium-ion battery companies—collectively the world’s biggest—will increase their production capacity by more than 60%, according to projections made by Bloomberg New Energy Finance.

An unsung hero behind all this activity is the separator—a thin layer of polymer inside lithium-ion batteries that is critical to making them hum. Although separators may not appear in headlines like Tesla and China do, manufacturers of the films are equally committed to boosting output.

Brought to you by Ashland

Over the past three years, separator makers—mostly Japanese, Chinese, and South Korean firms—have steadily expanded their facilities. Swelling demand for separators is generally welcomed by these companies, although higher sales have not necessarily translated into a surge in profits.

For years, cell phone and laptop batteries were the main outlets for separators. But about three years ago, demand growth began to shift to electric cars as they became more common in the U.S., Europe, China, and Japan, says Yasuo Tsukada, general manager of the separator planning and coordination department at Asahi Kasei, the world’s largest separator producer.

Although many more smartphones are in consumers’ pockets than electric vehicles are on the roads, cars use a lot more batteries. “One car consumes up to 6,000 times more separators than a mobile phone,” Tsukada says. In a few years, electric cars will use more lithium-ion batteries than electronics do, Bloomberg predicts. 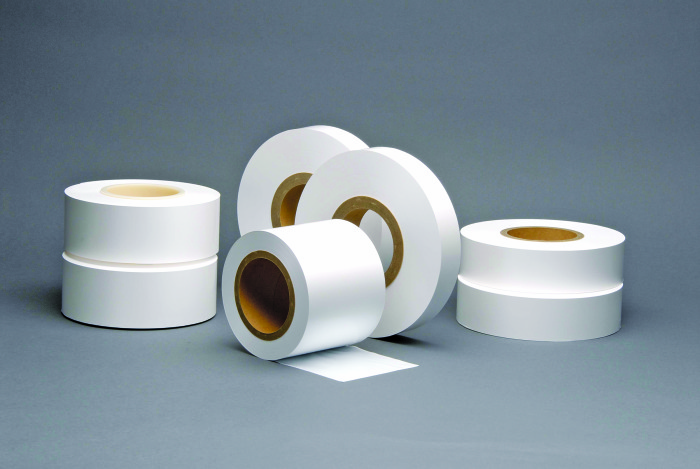 Asahi Kasei is not alone in boosting production. Ube Industries said in September 2016 that it will expand capacity at its plant in Sakai, Japan, which produces separators for batteries used in the Toyota Prius hybrid and other cars. And Sumitomo Chemical said in the same month that it will quadruple capacity at its separator plant in Daegu, South Korea.

Separators play a critical role in both the performance and safety of batteries. Consisting of polymer films featuring evenly spaced microscopic pores, separators physically isolate the anode and the cathode while allowing ions to circulate between them. In lithium-ion batteries, which are made with flammable electrolytes, separators are essential to safety. In the event of a runaway reaction, their pores are designed to melt closed from the heat generated and shut down the battery before it ignites.

“A separator in a battery is like the foundation in a house,” says K. M. Abraham, a professor at Northeastern University Center for Renewable Energy Technology. “Separators must provide high conductivity while acting as a strong physical barrier between the two electrodes in the battery.”

The ideal separator, Abraham says, should be extremely thin to promote conductivity and minimize the amount of space it occupies. Separators must be free from impurities—particularly electroconductive ones—or other defects that might trigger a runaway reaction. They must also resist melting, except when needed to shut down a short. “The requirements are pretty steep,” he says.

At times thinner than 10 µm, separators isolate a battery’s anode and cathode while allowing ions to flow between them. In lithium-ion batteries, the pores in separators are designed to melt closed to shut down the battery in the case of a runaway reaction. 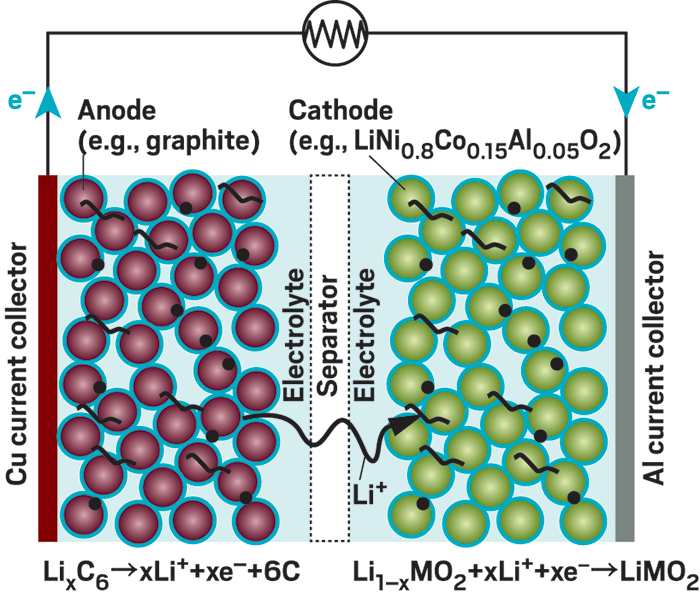 Richard Pekala, chief technology officer at the U.S. separator manufacturer Entek, says a lot of research has gone into thinning lithium-ion battery separators in recent years, and they can now be as thin as 7 µm. To improve their structural integrity under stress, some separators are made with an alumina ceramic coating. “It provides temperature dimensional stability,” Pekala says.

In the 1970s, Asahi Kasei and the U.S. company Celgard separately developed the microporous polyolefin films that are now used as lithium-ion battery separators. Before their use in batteries, Asahi Kasei and Celgard cast about for the right market. “We thought of various applications, such as in bandages,” recalls Akira Fukuda, senior general manager of separator planning and coordination at Asahi Kasei.

While Asahi Kasei developed a “wet” process for producing the films, Celgard refined a “dry” process. The wet process involves more steps than the dry one, but it enables the manufacture of thinner and higher-strength separators, Asahi Kasei says. Meanwhile, the simpler dry process yields separators that are less subject to heat shrinkage and enable higher power output, but are also thicker.

In 2015, Asahi Kasei acquired the U.S. firm Polypore, which owned Celgard and the lead-acid battery separator business Daramic. Being able to offer separators made via both the wet and dry processes benefits customers, Fukuda explains.

“We used to unnaturally optimize wet-process separators for something they’re not best at,” he says. “We can now offer our customers the separator with the optimal type of performance for what they’re trying to achieve.”

Lithium ion batteries come in various shapes and sizes so that they can be used to power mobile phones, laptops, or cars. Even within the auto industry, manufacturers use different types of batteries. Tesla is committed to batteries made from multiple cylindrical cells that look like slightly enlarged AA batteries. “A Tesla basically has thousands of batteries,” Pekala says.

The different shapes and sizes can require separators of different compositions, and it’s not clear what type will come to dominate the electric-vehicle market, Asahi Kasei’s Fukuda says. But battery separator suppliers can’t afford to wait to find out. “If we don’t agree to expand our capacity ahead of firm orders, then it’s clear that battery manufacturers will look for another supplier,” he says.

The rapid growth in demand for lithium-ion battery separators does not automatically translate into higher profits for manufacturers. In a note to clients in June, Yoshihiro Azuma, a stock analyst at the investment firm Jefferies, says he isn’t optimistic about Asahi Kasei’s separator business because of the fierce competition it faces. In a recent presentation to investors, senior Asahi Kasei managers answered vaguely when asked about the future profitability of the business.

Entek’s Pekala confirms that competition in the separator business, already intense, is rising as new companies enter the market. Manufacturers of factory equipment are able to supply the tools ­required to build a separator plant, he says. As for the know-how to design separators and operate the plant, people with the needed skills can be found, he says.

“There used to be just a few manufacturers you could buy from, but now, anyone with capital can become a producer,” Pekala says. Capacity is growing most rapidly in China, he notes. Northeastern’s Abraham, on the other hand, cautions that separator producers aren’t uniform, with some offering higher levels of quality than others. Separators made by low-end producers may be less safe, he warns.

BASF, the world’s largest chemical producer, has not entered the separator business despite its overall interest in battery materials. “We haven’t seen a good model that takes the best advantage of what BASF has to offer, that fits in our portfolio in the right way,” says Jeffrey Lou, senior vice president of BASF’s battery materials business. The company focuses instead on cathode materials, in which it just announced a $450 million investment in European production.

Going forward, it’s far from certain whether electric vehicles will remain the largest market for battery materials, Lou adds. After all, it was only recently that the electric car market segment became a significant one in the battery business, he says.

Large-scale energy storage systems are the new market to pay attention to, he points out, because the growth of the renewable energy industry means increasing amounts of unevenly produced electricity need to be stored.

And materials suppliers are watching to see what technologies emerge beyond lithium ion. Lithium-ion batteries have several disadvantages, including the flammable electrolytes and limited energy density. BASF, for example, has developed cathode materials for lithium-metal batteries that may offer advantages over lithium-ion batteries. At Asahi Kasei, Fukuda says researchers at the company’s central lab are studying separators and other materials for new types of batteries.

In the short term, however, lithium-ion batteries are what separator manufacturers need to focus on. “There is nothing else on the horizon for years,” Northeastern University’s Abraham says. Car companies, he notes, plan their new electric models a decade in advance with the batteries that are currently at hand. Separator makers, if they intend to remain in the business, will need to continue raising capacity, even if the profits don’t always follow.

“The lithium-ion battery business is not a very profitable one,” Abraham warns.