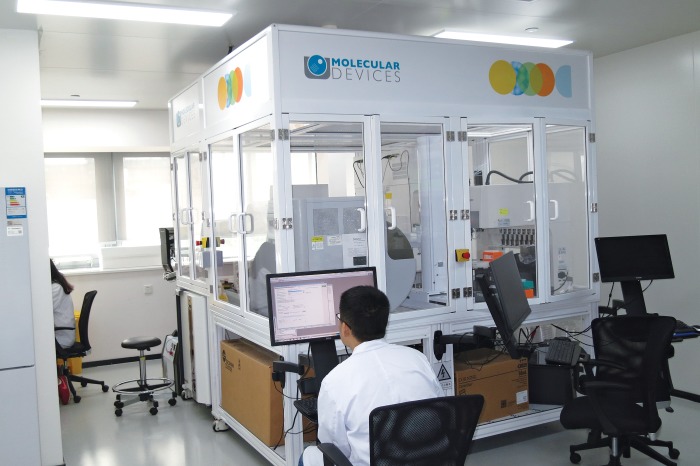 Launching their own innovative pharmaceuticals is a common goal for managers of generic drug firms. But it remains a dream for many. Jiangsu Hengrui Medicine, one of China’s largest generic drug makers, has advanced further than most. It has already launched two of its own drugs in China and licensed rights to another to a U.S. firm.

Jiangsu Hengrui Medicine at a glance

▸ Employees: More than 13,000, 2,000 of whom work for a Shanghai-based unit developing and commercializing innovative drugs

Obtaining these results required substantial resources, though. Back in 2004, Hengrui built a large R&D lab in Shanghai, hired world-class researchers to lead it, equipped the facility with the latest instruments, and staffed it with hundreds of scientists.

Initially, the project looked like a money pit. In Chinese industry circles, many doubted that it would amount to anything. But revenues from the company’s innovative drugs are starting to pour in, and R&D at Hengrui is well on its way to financial sustainability.

Over the past 10 years, China has made great strides in growing an innovative drug industry. For all the talk, cynics say, China has yet to foster a blockbuster with $1 billion or more in annual sales. But as Hengrui and other Chinese firms launch their own drugs at home and license the foreign rights to others, it is becoming clear that an innovative drug industry is taking root.

Overall, Hengrui invests more than 10% of its sales in R&D, “which is big by Chinese standards,” Tao says. The drug giant Pfizer by comparison spent about 15% of its sales on R&D in 2016. With sales of $1.6 billion last year, Hengrui does most of its business in China. But it also exports finished drugs to the U.S., making it one of the few Chinese firms to have the U.S. Food & Drug Administration’s okay to do so.

Hengrui was formed in 1970 as a state-owned company. It began investing in its own R&D in 2004 and has since cultivated an innovative drug subsidiary that employs 2,000 people, including more than 800 at a Shanghai lab and about 20 at a subsidiary in Princeton, N.J. Other staffers work in the usual functions found in an innovative drug firm: clinical trial management, regulatory affairs, marketing and sales, and so on.

The Shanghai subsidiary recruits in China and internationally. Tao, who joined Hengrui in 2014, is a Chinese-trained physician who earned a Ph.D. in molecular and cell biology at the University of Medicine & Dentistry of New Jersey. He focused on tumor cell biology during a postdoc at Princeton University and worked in research at Merck & Co. for 10 years. Hengrui is constantly hiring, he notes.

Hengrui’s research facilities appear to be well equipped. Earlier this year the firm opened a biologics drug lab and a pilot plant for process development in Shanghai. “We spent nearly $7 million just on equipment for the biologics lab,” Tao says. 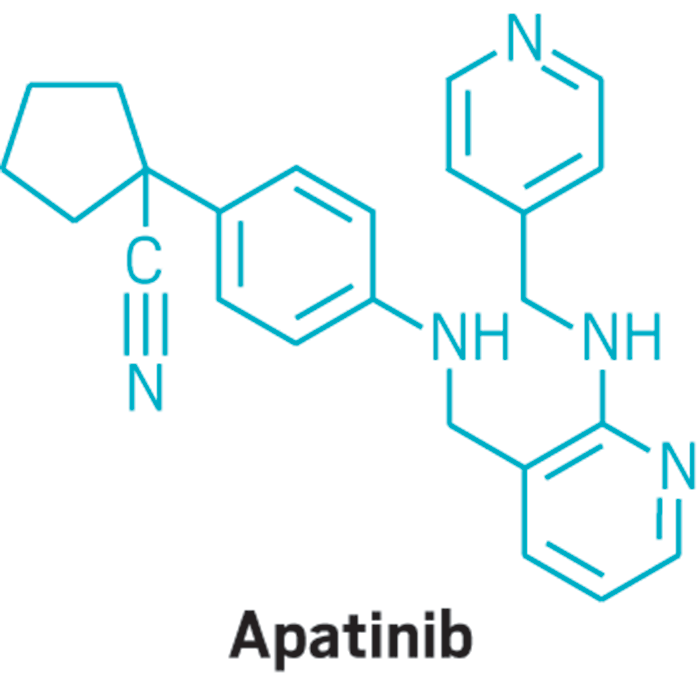 The lab is equipped with a custom-made automated phage-display library screening system that speeds up the process of discovering antibody drugs. “The machine can do automatically in a few hours what would otherwise take days for several scientists,” says Jia­kang Sun, group leader of in vivo pharmacology at Shanghai Hengrui Pharmaceutical. With the phage-display system, Sun adds, a library displaying millions of human antibodies can be screened in vitro to find antibodies that bind to a specific antigen.

However well-staffed and well-equipped, Hengrui’s labs are still smaller than those of Merck or other major drug firms. But Hengrui has made notable strides recently. In 2015, it became the first Chinese firm to license a drug candidate to a U.S. firm. Incyte agreed to pay $25 million up front, and several hundred million dollars more once certain milestones are met, for the rights outside China and Taiwan to camrelizu­mab, a cancer treatment in Phase III human clinical trials in China. 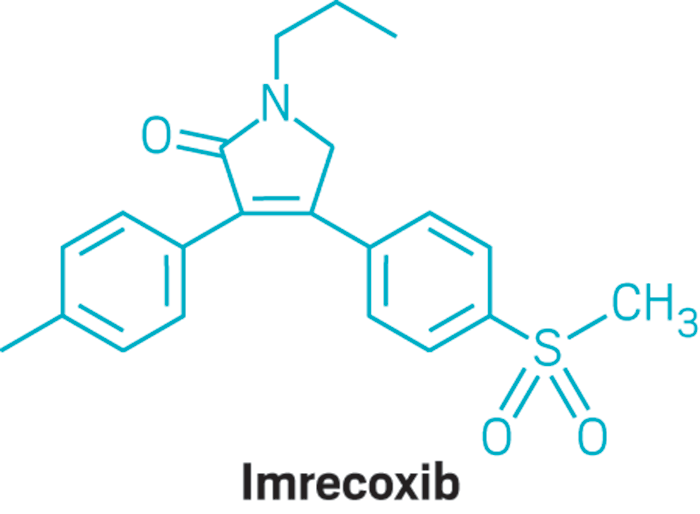 In China, Hengrui’s priority market, the firm launched the osteoarthritis treatment imrecoxib in 2011 and the gastric cancer drug apatinib in 2014. The two will eventually achieve combined annual sales of $160 million, Hengrui expects.

Together with the licensing deal with Incyte, this will allow the firm to nearly recoup its R&D investment. Launching a few more compounds, particularly in the U.S., would make innovative R&D at Hengrui solidly profitable. The company is making good progress in that direction. A neutropenia treatment awaits final market approval in China, and five others have reached Phase III trials. Hengrui also has drugs in Phase I clinical trials in the U.S.

“I wouldn’t say that our lab is more productive than a lab operated by a multinational drug firm,” Tao says. Merck and other major players operate excellent facilities staffed by top people, he says. “But I would say that our researchers work very hard, and our decision-making at the top is very quick.”

Unlike biotech start-ups that tend to be built around groundbreaking technology, promising drug leads, or star researchers, Hengrui at first approached innovative drug development with a conservative strategy designed to reduce the risk of failure.

Relying on developmental compounds licensed from other organizations, the company initially aimed to develop drugs with the same mechanisms of action as others already on the market. Imrecoxib, for example, is part of the well-known family of COX-2 inhibitor anti-inflammatory drugs.

Later, it sought to invent compounds offering slight improvements over existing ones. Today, Hengrui is aiming to launch pharmaceuticals that are clearly superior to the competition. The company’s ultimate goal, Tao says, is to develop groundbreaking pharmaceuticals.

“We went from me-too to me-better to now best in class, and then we will do first in class,” he says.

And as Hengrui’s research strategy has become more ambitious, its scientists have broadened the range of diseases and drugs that they work on. Six or seven years ago, Tao says, Hengrui limited itself to the development of small-molecule drugs that treat cancer. Today the company is looking at small molecules, peptides, antibodies, antibody-drug conjugates, and other drug types to treat diseases as diverse as psoriasis and diabetes. “We have expanded our focus,” Tao says.

Although Hengrui is a pioneer in launching new drugs in China, several other Chinese firms have made progress in advancing their own drug development. For instance, in the southern city of Dongguan, the generic drug producer HEC Pharma is conducting Phase II trials of the hepatitis C drug yimitasvir.

In Beijing, the biotech firm BeiGene just sold the U.S. company Celgene rights in much of the world to one of its immuno-oncology compounds for $263 million. Celgene also agreed to inject $150 million into BeiGene.

Chinese companies increasingly have the resources required to sustain innovative drug discovery and development, China watchers say. “Hengrui has the financial resources and the commitment to become a world-class innovative drugmaker,” says George Baeder, a former pharmaceutical industry executive who is now a director of China Global Insight, a California-based think tank.

But developing drugs and selling them are two different things, Baeder warns. “It is easy to underestimate the complexity a firm faces when moving into the arena of innovative medicines,” he says. “Chinese companies typically lack the capabilities in medical affairs, marketing, and sales needed to build a successful franchise.”

For the time being, Hengrui’s innovative drug subsidiary will stay focused on developing new drugs and not worry about the fine points of marketing them. Tao expects the former will keep his firm busy. “Don’t be surprised if several of our drugs begin clinical trials in the U.S., Europe, and Australia in the next year or two,” he says.

Hengrui boasts a diverse portfolio of drugs in late-stage development.

a In Phase I in U.S. b In Phase I in Australia. c The U.S. firm Incyte has acquired the rights to this drug outside China. na = not available. Source: Hengrui

Business
Why China’s contract research firms are doing more business at home
Pharmaceuticals
Developing Drugs For Chinese Patients
Business
Homegrown R&D Flowers In China
Share X
To send an e-mail to multiple recipients, separate e-mail addresses with a comma, semicolon, or both.
Title: For Chinese drugmaker Hengrui, R&D plans pan out
Author: Jean-François Tremblay
Chemical & Engineering News will not share your email address with any other person or company.