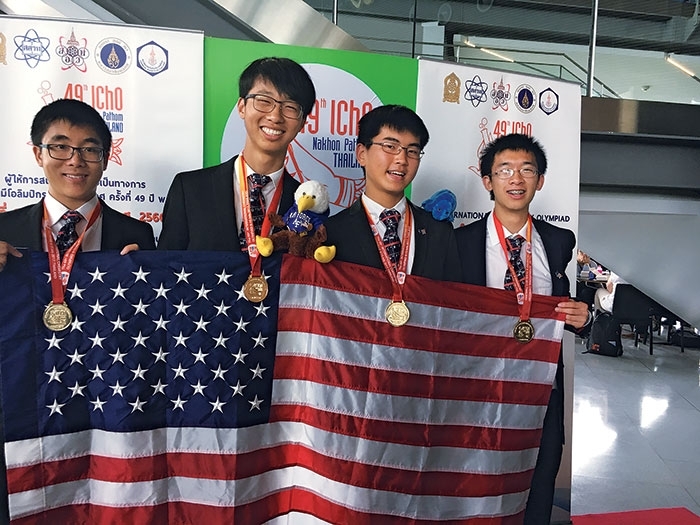 The U.S. team made history at the 49th International Chemistry Olympiad in Nakhon Pathom, Thailand, which concluded on July 15. 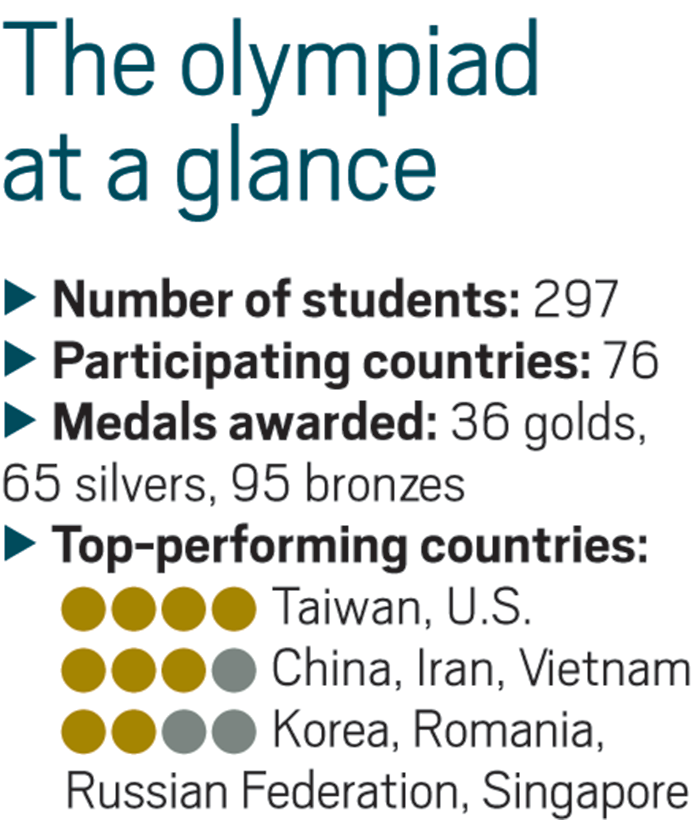 The medals were announced during the closing ceremony on July 14. Taiwan (under the team name Chinese Taipei) was the only other country to receive four gold medals. The top-scoring gold medal went to a high school student from Russia.

“We’re elated,” says mentor Michael Danahy. “This was the best the U.S. has done as a team ever at this competition. This is a fantastic representation for our country that we can perform well on this level. We talk a lot in our country about science education and turning out great chemists and great scientists, and these kids are that next generation of great chemists and great scientists.”

Wang says it was a surreal moment when the medals were being announced. “They started with bronze, then silver, then gold,” he says. “After all the silvers were announced, we realized we were all getting golds. It was really exciting. Amazing, actually.”

“The adrenaline rush was incredible,” Park says. “I was really excited; there’s no way to describe it.”

Liu says part of what made the team so successful is that each member brought his individual strengths, and their skills complemented each other. In addition, “we studied really hard, and I think that paid off,” he says.

“In the study camp, we did a lot of mock practice exams,” Yap says. “When taking the test this time, we felt very comfortable because we had done it so many times already at the study camp.”

Yap says that in addition to the medals, he has gained many new friends around the world. “It’s an honor to represent the U.S.,” he adds.

The competition consisted of a five-hour theoretical exam plus a five-hour practical laboratory exam. In the practical exam, Danahy says the students were asked to complete an organic synthesis, deduce pH using spectroscopy methods, and do titrations of saturated salt solutions to figure out the concentration of ions in an unknown solution.

Liu, Yap, and Wang will be starting college at Massachusetts Institute of Technology in the fall. Park will be a senior at Lexington High School.