Policies at the U.S. Department of Justice and National Institute of Standards & Technology are changing 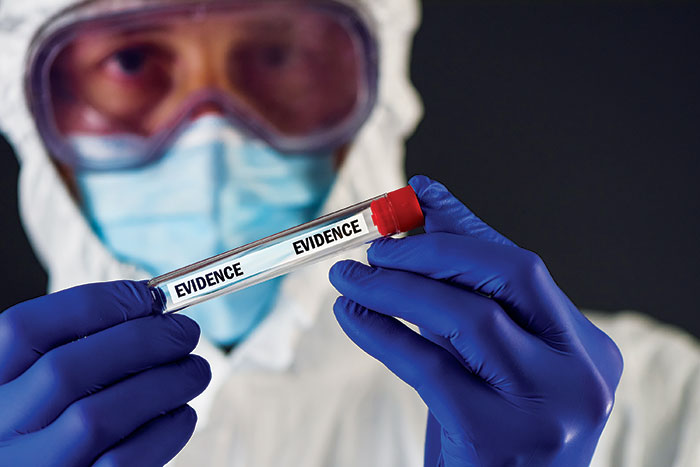 Forensic science policy in the U.S. is facing a major restructuring just four years after the first federal attempt to push more science into the field of forensics.

In April, Attorney General Jeff Sessions announced that he was closing down the National Commission on Forensic Science. The commission—a joint creation of the Department of Justice and the National Institute of Standards & Technology—was designed to foster consensus among judges, prosecutors, defense attorneys, forensic science practitioners, and research scientists on ways to improve the reliability of forensic science, which is used to detect crime.

Additionally, NIST is deciding whether it should revamp a group it created to help improve the standards that guide forensic science practitioners, the Organization of Scientific Area Committees for Forensic Science (OSAC).

Placing the mission of the National Commission into the hands of one person is doing neither forensic science nor that person any favors.
Karen Kafadar, a University of Virginia statistician

In 2009, the National Academy of Sciences released a report showing that forensic science had little basis in actual science, prompting outrage especially from the scientific and legal communities. The report recommended establishing an independent forensic science body removed from the purview of law enforcement and prosecutors.

No independent body was created. Instead, DOJ and NIST created the National Commission in 2013 as a compromise.

The commission brought together a diverse group of people with often competing interests. “It took us a year to gel,” recalls commission member Suzanne Bell, a chemist who works on forensic science research at West Virginia University.

One area of heavy debate was creating a universal understanding of the term “error,” explains Arturo Casadevall, a microbiologist and immunologist at Johns Hopkins Bloomberg School of Public Health. The legal community views an error as a problem with a test. “But for scientists, there is nothing that we do that doesn’t have an error,” says Casadevall, who was one of a handful of scientists on the panel.

After several years, members of the commission started to understand each other. “People had made a great effort to come to agreement and consensus on issues that were hard,” says Glinda Cooper, director of science and research for the Innocence Project, which had a member on the commission. Some of those hard issues included accreditation of forensic labs and the definition of “reasonable scientific certainty” that should be used in court.

The commission was “just getting to the point where you could reap the benefits,” when Sessions let the commission’s charter expire, Cooper says.

DOJ asked for public comments on this new structure, and the department is still sifting through them. Most comments focus on “the need for federal leadership in forensic science and the desire of state and local practitioners to provide input on federal forensics policies that may impact them,” Hunt wrote in an email response to questions from C&EN.

Many outside observers, however, are concerned that the new DOJ efforts are too focused on serving law enforcement and prosecutors rather than the broader legal system, as the National Academy of Sciences had recommended. In addition, DOJ is not incorporating the breadth of expertise that was on the commission, which included independent scientists, says Karen Kafadar, a University of Virginia statistician who was on two of the commission’s subcommittees. “Placing the mission of the National Commission into the hands of one person is doing neither forensic science nor that person any favors,” Kafadar says.

▸ Requirements for the competence of testing and calibration laboratories

▸ Requirements for the operation of various types of organizations performing inspections

▸ Standard practice for the identification of seized drugs

▸ Standard data format for the interchange of fingerprint, facial, and other biometric data

NIST’s OSAC, with over 500 people participating on more than 30 committees and subcommittees, spent years figuring out how to operate.

“I think it is starting to hit its groove,” says Jeremy Triplett, a forensic laboratory supervisor in Kentucky who until last month led OSAC’s top governing board. So far, OSAC has approved eight standards for forensic science practitioners.

But NIST is exploring alternative structures for OSAC as part of a project the agency calls OSAC 2.0. NIST is doing so because it isn’t sure it is the right home for the organization in the long term, says Richard Cavanagh, who oversees NIST’s office of special programs, which includes OSAC.

NIST isn’t a regulatory agency, so it can’t require anyone to adopt the standards OSAC approves, Cavanagh notes. And it doesn’t make laws that would force changes in state and local forensic labs, which do 95% of forensic science work in the U.S.

“We would like to see OSAC be independent, but for all I know that could be OSAC 3.0,” Cavanagh says. NIST’s current suggestions to revamp OSAC include moving the organization’s goals toward drafting legislation or improving science and spinning it off to another part of government or an outside entity. The agency is accepting comments until Oct. 30.

Triplett would like OSAC to remain focused on creating standards for the practice of forensic science. “It’s important that we don’t change it so much that we lose momentum,” he says. But, he adds, OSAC also needs a way to encourage more labs to adopt these standards, whether through state requirements or incentives tied to federal or state grants.

Kafadar, who serves on OSAC’s governing board, thinks OSAC doesn’t do enough to improve the underlying lack of robust forensic science research. Also, “there is just an insufficient number of honest-to-goodness scientists” on the panels, she says. Less than 10% are research scientists or practitioners.

Another vital issue is funding. Before OSAC, forensic science groups got by “on the goodness of strangers,” says Bell from West Virginia University. Now, OSAC gets $3 million a year from the U.S. government. “It is important for there to be continued federal support, at least funding so everybody can get together,” she says.

Whatever happens, Casadevall is optimistic that the work of the National Commission and OSAC has made a difference already.

“The big picture here is to try to improve forensic science, and I think progress has begun,” he says. Many people are now aware of the problems facing forensic science, he adds. “You can’t put the genie back in the bottle. That is potentially the big contribution.”