Buckle up. This week’s Newscripts stories are out of this world. 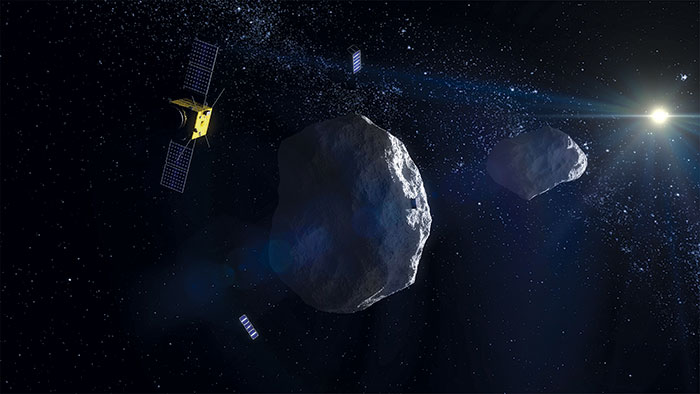 The idea of mining asteroids has been here for our past few swings around the sun, but it’s a concept circulated by joke-telling astrophysicists and deluded mine owners, right? Err, wrong. This time plenty of scientists are taking the idea seriously. Asteroid Science Intersections with In-Space Mine Engineering (ASIME), a scientific workshop for scientists and engineers, recently published a road map for making asteroid mining a reality.

Initially, asteroid mining will likely be small scale and support space missions only when astronauts need a propellant, building material, or other chemical for life support, the ASIME scientists say. The first material to be mined will likely be ice.

But digging up minerals and selling them back on planet Earth is the long game and a potentially lucrative one to boot. A 30-meter-diameter platinum-rich deposit on an asteroid could be worth about $50 billion, says Accenture analyst Rishika Daryanani in a recent report. The availability of such valuable material should leave any mining space mission worth its salt with plenty of room to make a profit.

“Yes, it is science fiction, but one day it will be scientific fact,” says J. L. Galache, chief technology officer for asteroid technology firm Aten Engineering, in a nod to the number of times he’s been asked if what his company does is for real.

Step one for ASIME’s scientists involves mapping the more than 17,000 near-Earth asteroids with orbits similar to our blue planet’s.

It would take a fleet of tiny spacecraft weighing just 50 kg each a little over three years to visit at least 300 of the asteroids and provide images and spectroscopic data on their composition and size, according to Pekka Janhunen, an astrophysicist with the Finnish Meteorological Institute. Using tiny spaceships would minimize the cost of the mission to about $70 million, Janhunen says.

Once an asteroid with a target material has been identified, then the miners can dig in. Asteroid mining techniques will need to adapt to a low-gravity environment. “Possible solutions include canceling out action-reaction forces by digging in opposite directions at the same time, or by producing a reaction force, such as by strapping a net around the asteroid for robots to grab onto while they dig,” Galache says.

Owning an asteroid is not currently an option for earthlings, but with so much profit at stake, asteroid mining rights will probably be required. “We don’t want two or three mining companies going to one asteroid and they have a fight or something,” Galache points out. 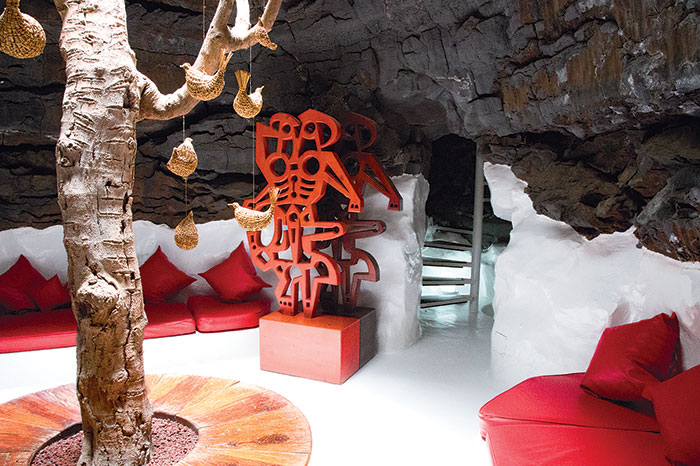 Credit: Shutterstock
Cave dwelling: Would martian lava tubes be as hip as this one on the island of Lanzarote?

Tapping asteroids for ice and using its hydrogen to make fuel could help power spacecraft to planets such as Mars. Once the astronauts arrive on Mars and decide they want to live there (although the Newscripts gang has seen “Total Recall” and “The Martian” and honestly doesn’t understand why they would want to), the best place to set up home would be in old lava tubes, according to researchers from the Universities of Padova and Bologna.

Researcher Riccardo Pozzobon of the University of Padova says a network of tubes may exist just meters below the surface of Mars that could provide protected habitats large enough for houses and streets. Lava tubes in Australia and the Canary Islands can be 30 meters across. “In the lower gravity environment of Mars, we see evidence for lava tubes that are 250 meters in width,” Pozzobon says.

So humans, who once lived in caves, may deploy some of their most sophisticated technologies to travel to another planet and … live in caves.

Astrochemistry
The tale of 2 asteroid sample-return missions
Business
Chris Lewicki is aiming at asteroids to launch a new era of space travel
Physical Chemistry
Plans For Next Mars Rover Unveiled
Share X
To send an e-mail to multiple recipients, separate e-mail addresses with a comma, semicolon, or both.
Title: Buckle up. This week’s Newscripts stories are out of this world.
Author: Alex Scott
Chemical & Engineering News will not share your email address with any other person or company.