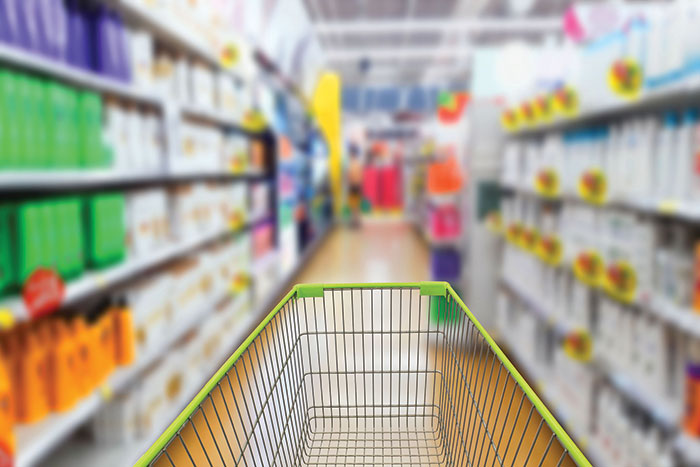 Credit: Shutterstock
Consumers are taking more of an interest in what goes into their products.

A year ago, the Mind the Store campaign of consumer activist organization Safer Chemicals, Healthy Families issued a report card grading 11 retail chains on their efforts to reduce or eliminate hazardous chemicals in products they carry. No company received an A grade; Target and Walmart were the only ones to even get a B.

This year’s report card, out on Nov. 14, looks quite different. The group of companies scoring B or better includes Apple, Walmart, CVS Health, Ikea, Target, Whole Foods Market, and Best Buy. Target and Walmart improved to B+ and A–, respectively.

It’s likely no coincidence that late last month, in advance of this year’s report card, Home Depot and Costco announced new chemical policies like those already launched by several other retailers. The big-box hardware chain scored a D+ last year; Costco got an F. The improvement in their grades this year—to C+ for Home Depot and C– for Costco—is notable.

At their core, most retailer chemical policies are based on lists of chemicals of concern. Some critics say lists are simplistic because they don’t consider the likely exposures consumers will have to the chemicals or weigh the possible performance benefits of certain ingredients.

Still, the prevalence and depth of the policies have snowballed as activist groups track, publicize, and compare company actions. The buzz about chemicals of concern in consumer products is drawing in ever more retailers, while leading firms like Target and Walmart have significantly expanded their ambitions.

The move toward retailer chemical policies started rather quietly. The Environmental Defense Fund began working with Walmart in 2005 and later opened an office near its headquarters in Bentonville, Ark. Walmart began an effort to gather product information in 2008 but didn’t come out publicly with its chemicals policy until 2013.

That’s the year Safer Chemicals first approached companies about their chemical policies. With its report card, which debuted last year, the organization created a rating system that is easy for consumers to understand and may put lower-ranking retailers at a competitive disadvantage.

“Retailers are feeling pressure to meet demands from NGOs and consumers,” says Georgia Rubenstein, principal change designer at Forum for the Future, a nonprofit sustainability consultancy. “The consumer push seems to be felt less upstream at the brand level, but retailers say they are feeling it.”

CVS asked customers which ingredients they were most concerned about, Tucci says. It decided to focus on its house brands, sometimes called private label or generic products. House brands are historically considered “me too” creations aimed at budget shoppers. But CVS is revamping 600 of its products to remove parabens, phthalates, and the most prevalent formaldehyde releaser preservatives.

The drugstore chain also provided information for the Chemical Footprint Project, the Forum for the Future’s beauty and personal care initiative, and Safer Chemicals’ Mind the Store campaign. Mind the Store awarded CVS a B+ in this year’s report card, while competitor Walgreens lingers in the basement with a D–.

Mike Schade, who leads the Mind the Store campaign, says the rankings are lighting a fire under retailers and their suppliers. “We anticipate it drives a race to the top among the largest retailers—including new companies on the list—and promotes transparency for consumers.” Indeed, of the 11 companies ranked last year, six subsequently expanded their chemical policies.

The more companies that demand goods formulated without hazardous ingredients, the easier it is to get manufacturers to comply, Schade explains. “If one retailer says to a supplier, ‘We want you to restrict x or y,’ they might face some resistance. But when three or four retailers do that, it can drive transformative change in the marketplace.”

Walmart and Target are among retailers that improved their scores since last year.

One breakthrough for activists has been getting consumer product companies to disclose fragrance ingredients. “It’s been a multiyear movement of companies to first start with what they knew was in their products and then go deeper into proprietary fragrance ingredients,” says Boma Brown-West, head of consumer health for the Environmental Defense Fund’s business-facing arm.

Brown-West points to studies suggesting that up to 20% of the population is sensitive to certain fragrance ingredients, some of which are skin allergens.

The green brands Seventh Generation and Method were first to disclose, she says. In 2014, SC Johnson was the first mass-market brand company to commit to disclose product-specific fragrance ingredients online. Clorox and Unilever followed, and finally, in August, Procter & Gamble made a similar commitment.

There have been some difficult conversations along the way between retailers and consumer product companies, and on up the supply chain. Agreeing to be transparent is easy, but “agreeing on what is and isn’t a bad chemical is very far from that,” Forum for the Future’s Rubenstein observes. Her organization hosts gatherings where retailers and suppliers hash out their concerns.

We want to be part of the solution to help retailers develop policies based on best available science and assessments of hazard information.
Jenny Heumann, director of product safety and stakeholder communications, American Chemistry Council

But Walmart is now working from an expanded group of up to 2,700 chemicals targeted for reduction, based on longer lists such as those compiled by Europe’s Registration, Evaluation, Authorisation & Restriction of Chemicals (REACH) regulations.

That effort may not go down as easily. “Most retailers are taking a list-based approach today, but brands and manufacturers are calling for a more nuanced approach,” Rubenstein says.

The chemical industry is closely following trends in retailer chemical policies, says Jenny Heumann, director of product safety and stakeholder communications for the American Chemistry Council, the U.S. industry’s main trade group. “We want to be part of the solution to help retailers develop policies based on best available science and assessments of hazard information.”

But list-based approaches don’t take into account how a product is used and how those uses create particular exposures, she says, or how an ingredient helps a product perform. They don’t address a product’s environmental impact, such as carbon emissions and energy use.

“A lot of the frameworks for decision-making are taking those issues one by one, which we feel in the long run is not optimal,” Heumann argues. “You’re making trade-offs by default. You might make a regrettable substitution if you are not looking at the complete picture.”

It’s not always possible to find another ingredient that performs the same function. For example, antimicrobials and other preservatives are needed for product safety. And a sunscreen that doesn’t perform means kids might get burned, Heumann says.

“If you make one big list that applies to many different kinds of products—say a laundry detergent and a hand cream—you may lose the useful effects in some applications without any health benefit,” she adds.

Mind the Store’s Schade acknowledges that lists may be an imperfect solution. But basing actions solely on ingredient hazard helps reduce risk for consumers who experience prolonged exposure and for people in sensitive populations such as pregnant women and young children. This approach can also mitigate risks to workers who handle the chemicals and to the environment where products are made.

Retailers are aware of the challenges their suppliers face, Schade says. “Target has pledged to invest $5 million over five years in green chemistry innovation to develop safer alternatives where none exist. They’re not just talking the talk.” He points out that Target and Walmart have invested in the Preservatives Project organized by the Green Chemistry & Commerce Council.

Despite its shortcomings, the list approach is expanding beyond the original categories of personal care products and household cleaners. For example, Target says it will evaluate chemicals used in textiles and furniture. Best Buy’s new chemicals policy will encompass electronics, while Home Depot will eliminate certain chemicals from paints, floorings, and other hardware store mainstays.

The Mind the Store campaign has set out to grow the number of retailers on its report card, and it isn’t an easy grader. “We’re aiming for a bigger list of grocery chains, dollar stores, pharmacies, and clothing retailers,” Schade says. “Several of the new companies we are evaluating are getting failing grades.”