How a German journal became a top-tier, international publication

by Katharine Sanderson, special to C&EN 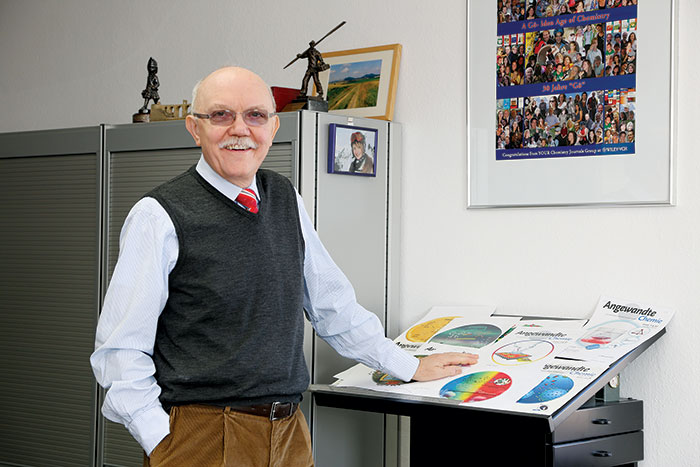 When Peter Gölitz became editor in chief of Angewandte Chemie in 1982 after working as a copy editor at the publication for just two years, he inherited a journal that published papers without peer review from a limited pool of predominantly German scientists. Gölitz retired this year, leaving behind a journal unrecognizable from those days. Under his guidance, Angewandte Chemie, which is a journal of the German Chemical Society and is now published by Wiley-VCH, has become an international and innovative publication that attracts papers from the best chemists on the planet.

Favorite element: Carbon—“I was trained as an organic chemist, after all.”

Most troublesome reader: “At the Centenary Congress of the Royal Australian Chemical Institute last July, I dared to show a copy of Angewandte to a koala bear but found that the lovely animal was not really interested.”

Before embarking on his lengthy publishing career, Gölitz was a physical organic chemist. But he often attended lectures on subjects far beyond that field, allowing him to mix with eminent scientists from a broad range of disciplines. His postdoctoral work at IBM labs in San Jose, Calif., in the 1970s was particularly exciting for him, with internationally renowned scientists often visiting to discuss their work. These opportunities developed in Gölitz a curiosity in and ease with talking with formidable scientists.

Gölitz retired in October and Neville Compton took over as editor in chief. In his life after Angewandte Chemie, Gölitz plans to continue to interact with the chemistry community by lecturing and consulting. As Gölitz contemplates a retirement that will undoubtedly be anything but dull, C&EN caught up with him to discuss his career and the challenges that scientific publishing faces in the future.

You are known for the innovations you introduced at Angewandte. How did that process start?

I was offered the chance to become editor in chief at the young age of 30. As a very young editor, I was frightened to run a journal like Angewandte without peer review, so that was the first thing I introduced, out of sheer necessity. I needed every little piece of advice that I could get from the outside world on individual manuscripts.

At the time, 90% of the articles we published or we received came from Germany. There was a belief that if we started peer review we could only make use of the German community to review them, and this community would be too small. But that was not the case. Actually, it worked well from the very beginning. The peer review system helped start a more international character of the journal, as I tried to send papers, even German papers, to referees in the U.S. There were a number of American authors at the time who could read German, and expatriate Germans who made careers in the U.S.

What were your goals for the journal as you started out, and how did they change over time?

At that time, research in the U.S. was leading the world. I thought if we wanted to develop Angewandte, we had to attract the best authors from the U.S. The first thing I did in my office was to place a map of the U.S. on the wall so that when one of the very few manuscripts that came from the U.S. arrived, I would put a little flag on the map. Today we receive most manuscripts from China, but the number two submitter is the U.S.

In the beginning of the 1980s, Angewandte published communications and reviews and more or less nothing else. But I felt that we had to have more flexibility in what we could publish. I started highlights, which are third-party comments on an important paper that was recently published either in Angewandte or in other journals. Then we started essays in which people can cover history, philosophy, and sociology of science or controversial topics. We started running obituaries five or six years ago. Over the years, I expanded Angewandte into a mix of original publications and more magazine-like articles, short news, and author profiles.

Early in your scientific career, you met a lot of eminent scientists. Do you feel that this helped you later as an editor to approach people that others might be a little in awe of?

I would say so. In the beginning, I wasn’t at ease. But I had to overcome the uneasiness, and I was not afraid of that. Talking with people is something that is very important for an editor. You have to be outgoing; you can’t be shy. And you have to be able to talk with, for example, an eminent author whose paper you just rejected for very good reasons.

Your chemical knowledge must now be vast?

At Angewandte, I quickly had to become a jack-of-all-trades chemist. So I know the topics, I know who is doing what, and I know who are the experts to call on for advice. It’s important as an editor that you know whom to ask for advice in the refereeing process or for informal advice.

What have been the biggest changes to science publishing in the past 30 years?

The biggest change is that everything has gone online. Online publishing is wonderful, and never before have so many people had such easy access to so many articles. 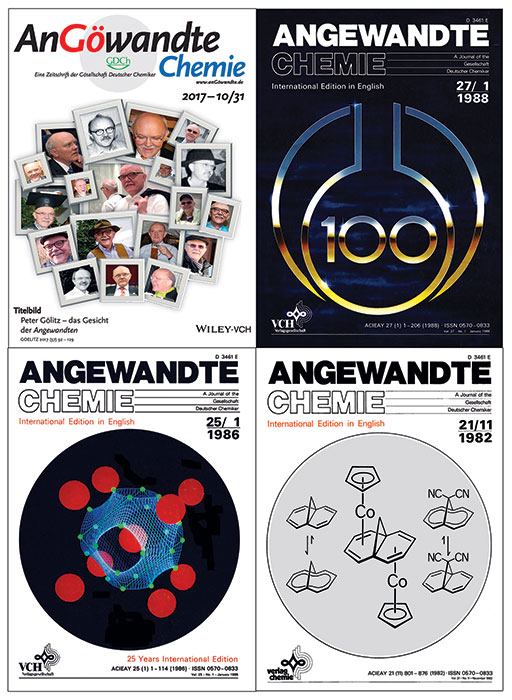 When I started in the ’80s, a word like impact factor was not known at all. Those calculations started in the ’80s, but nobody took notice of them, neither editors nor scientists. Now I would call metrics the pest of the day. It drives scientists crazy, and editors are also kind of paralyzed by metrics. There will be more in the future. I think even refereeing will have metrics.

Every editor would like to have as many readers as possible, so in that sense we all embrace open access. Angewandte is a hybrid journal, and last year roughly 10% of our articles were open access. The difficulty for the future is to have a sustainable business model.

A related hot topic is preprints, which provide another form of open access. Should publishers spend so much money on journals and publish them with material that has already been published? There are many questions like that. Ultimately, one should be concerned that this could be the end of journals.

What are the biggest changes you’ve seen in chemistry since the 1980s?

Chemistry has become broader and more collaborative. Today, organic chemists might do chemical biology or collaborate with biologists. At the materials end, they might collaborate with physicists. And in the early ’80s, most papers came from just one group with maybe two or three coauthors on a paper. Today you easily have three different groups joined and maybe up to eight authors.

What was your favorite paper that Angewandte published during your tenure?

There is a famous click-​chemistry paper by Barry Sharpless that we published in 2001. There was a lot of skepticism that this was not new, nor was it needed. I overruled that advice, and I think click chemistry has changed many fields, from chemical biology to materials science.

Katharine Sanderson is a freelance science writer based in England.

Comments
Concerned Investigator (December 11, 2017 12:16 PM)
Selection of appropriate and communicative editors would be helpful. I am not entirely sure of the motivations of many professional editors who may have various agendas and/or stressful workloads. In comparison with editors who have independent research careers, professional editors may not. Many are likely to be fresh out of graduate school or a postdoctoral experience, but yet they are in positions to make decisions on the work of others. All these raise a question on the fairness of on-the-spot rejections. Besides, it is apparent that there is hotness-driven science and, without a reasonable and a fair review process, even good science or science that had a latency period can be discarded. It is amply clear that the review process has to change and become more transparent. The following are interesting reading in this context.
https://www.theguardian.com/science/2013/dec/09/nobel-winner-boycott-science-journals
https://www.nature.com/news/rate-that-journal-1.17225
https://blog.f1000.com/2014/05/21/what-is-open-peer-review/
Reply »

Anon (December 13, 2017 1:14 PM)
Lately, Angewandte editors are instant rejectors of papers, often within less than a day of submission. Many other "high impact" journals are following this lead. The words that authors hear most often are "too specialized for our journal", "consideration of impact", "due to the high volume of manuscripts received", etc., in editor-rejected, not peer-reviewed articles. This leads one to wonder if there is really a motivation for dissemination of good and solid science or if it just a revenue-driven pursuit of trendy topics (a more journalistic rather than scientific approach)? It is obvious that until the impact factor calculation is removed from the equation this will remain a driver for evaluating all things other than the science. Another trend is to recommend "sister" journals, Here one has to wonder if that is a mechanism for forcing good articles elsewhere in order to drive the impact factors of the "sister" journals up. Not really science related in any way.
Reply »