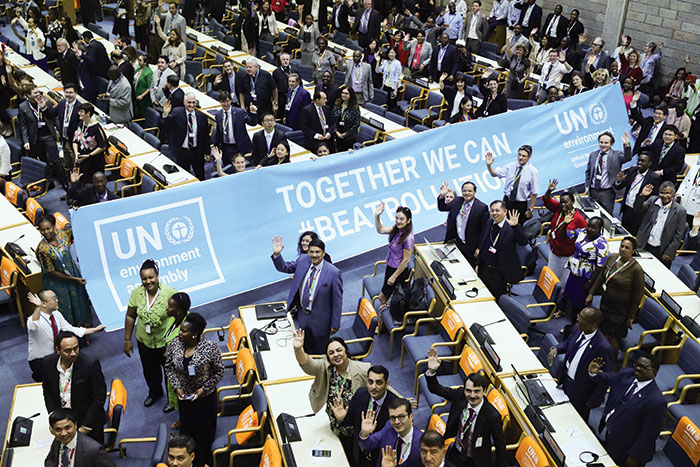 Top environmental officials from around the globe pledged on Dec. 6 to improve people’s lives by cutting contamination of land, air, freshwater, and oceans. Meeting as the United Nations Environment Assembly in Nairobi, Kenya, the officials set an international goal of a pollution-free planet. They did not establish a time frame for reaching this lofty objective, calling it “a long-term endeavor.” One activity that must be improved to eliminate pollution is use of commercial chemicals, the assembly determined. “We believe that it is both inexcusable and preventable that tens of thousands of chemicals are used in everyday objects and applied in the field without proper testing, labelling or tracking,” the environment ministers say in a declaration. The assembly also called for action to curb the amount of plastic in the world’s oceans as global plastic production and use continue to increase. The assembly called for the United Nations Environment Programme to create a global experts group to study options for reducing marine plastic litter, including microplastics.