A flavor face-lift for supermarket tomatoes 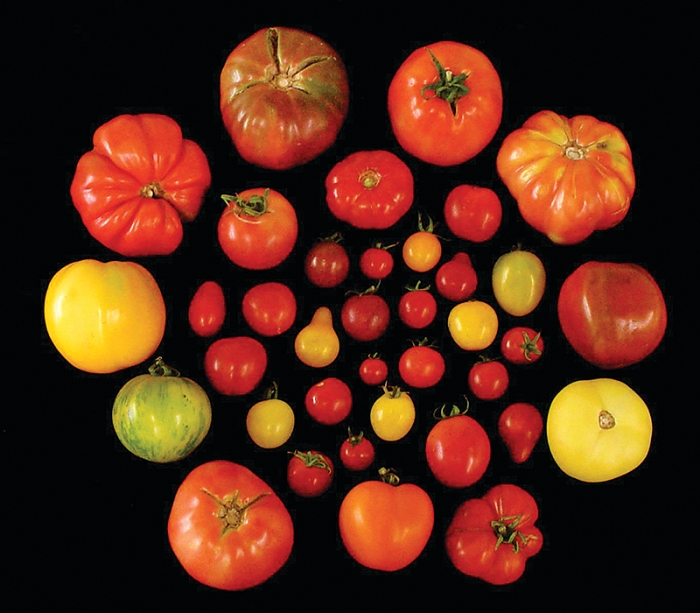 Credit: Harry Klee
A selection of the tomatoes that scientists sequenced to identify genes that make appealing molecules, including geranylacetone and β-ionone.

Folks who are familiar with the delicious flavor and texture of a freshly picked, vine-ripened tomato often feel betrayed by the hard, bland, red orbs sold in many supermarket produce aisles.

But a tomato flavor revival may be in store thanks to a group of researchers led by the University of Florida’s Harry Klee. The scientists sequenced the genome of 398 wild, heirloom, and supermarket tomato varieties. With the help of human taste panelists, they then identified the 28 most pleasurable tomato flavor and odor chemicals, including leafy geranylacetone, floral β-ionone, and citrusy 6-methyl-5-hepten-2-one. Most supermarket tomatoes have much lower levels of 13 of these appealing molecules than heirloom varieties have, Klee says (Science 2017, DOI: 10.1126/science.aal1556). 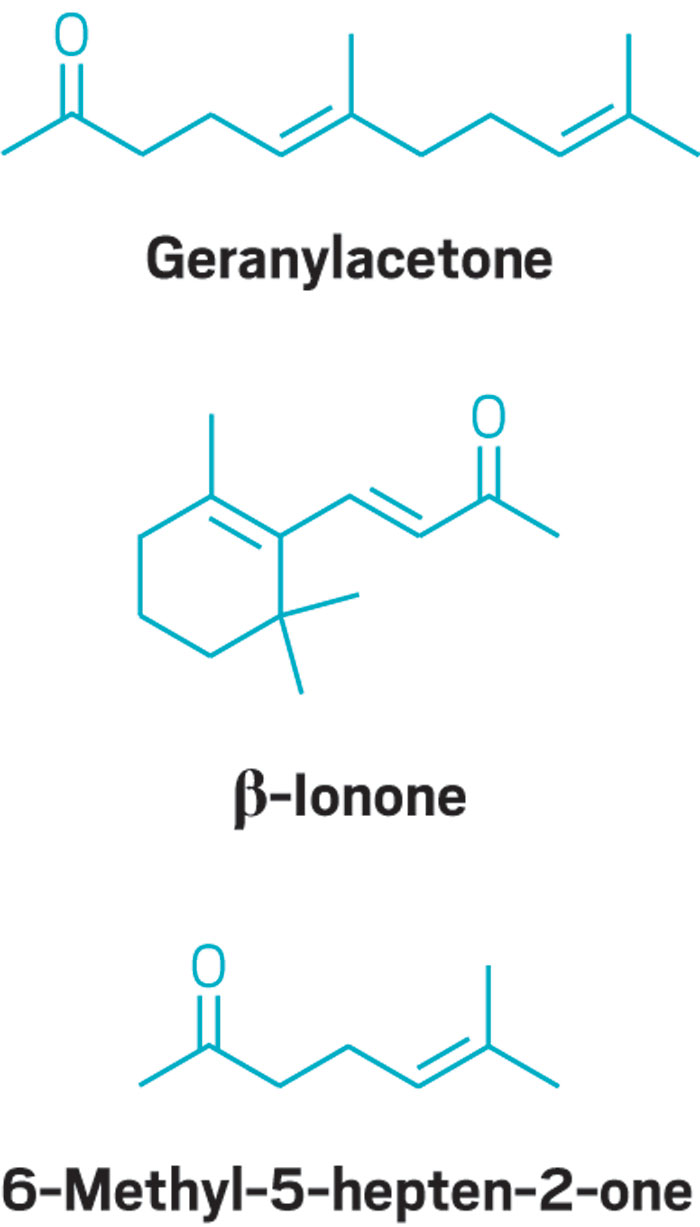 To figure out which regions of the tomato genome are responsible for the biosynthesis of these desirable compounds, the team turned to tomato varieties that make them at high levels. The work provides a chemical and genetic road map to improved tomato flavor, Klee says.

The team’s goal was to be able to tell breeders: “Here’s what’s missing, here’s why, and here are the molecular markers you can use to help breed back these lost traits,” Klee tells C&EN. “We are trying to push the flavor calendar back decades to recapture the characteristics that were present in tomatoes in the first half of the 20th century.”

For example, most supermarket tomatoes have a genetic mutation that partially delays the production of ripening hormones, thereby adding one to two weeks of shelf life. An unintended consequence of the mutation, however, is that flavor and sugar production are also diminished. Meanwhile, when breeders selected for fruit with a uniform red color, they did not realize that the splotchy green patches on wild and heirloom varieties that they got rid of contain chloroplasts essential for sweetness and flavor production, Giovannoni says.

The new study builds on these discoveries by taking a genome-wide look at the chemistry and genetics of hundreds of tomato varieties and connecting the fruit’s chemistry with people’s preferences. The researchers also discovered that when breeders selected for larger fruits, the added girth came at the expense of sweetness: The enzymes required for sugar production got redirected toward bulking up.

“I don’t know if it’s possible to make a supermarket tomato that tastes exactly like it was grown in your own garden,” Giovannoni says, “but I have no doubt that this work can help breeders make supermarket tomatoes a lot better than they are now.”

Biochemistry
How uromodulin protein prevents urinary tract infections
Gene Editing
New type of base editor works on mitochondrial DNA
Biotechnology
Tomohiro Fujita wants to help Japan reach its potential in biotechnology
Share X
To send an e-mail to multiple recipients, separate e-mail addresses with a comma, semicolon, or both.
Title: A flavor face-lift for supermarket tomatoes
Author: Sarah Everts
Chemical & Engineering News will not share your email address with any other person or company.

Comments
Flo Dickie (February 1, 2017 3:55 PM)
Can't wait for these to arrive in the market. I have had some Roma tomatoes more than once that taste like plastic, so bad I couldn't eat them.
Reply »

Joe Cotruvo (February 1, 2017 4:15 PM)
Now this is progress! However, I hope the methylheptenone is not toxic as some linear ketones like 2-hexanone are. The other 2 look to be quite biologically active. There are alkaloids in tomatoes, too. Did they identify them? It is important to understand that 'natural' chemicals are not necessarily safer than synthetics, so I hope the chosen varieties are properly evaluated.
Reply »

Shankar (February 2, 2017 7:40 AM)
I anticipate that heptenone is likely to be metabolized to yield some acid that could be excreted. But it could be a very demanding oxidation IMHO.
Reply »

v dagostino (February 1, 2017 4:31 PM)
Can recommend a tomato that in your opinion is available as seed. Currently I like
" early Girl"
Reply »

M W Anders (February 2, 2017 1:44 PM)
Structural considerations make it unlikely that 6-methyl-5-heptene-2-one will be toxic. 2-hexanone is toxic because it is biotransformed by P450 to 2,5-hexanedione, which reacts with Lys residues in protein to form 2,5-dimethylpyrroles. The tomato flavorant 2-ketone is likely to be reduced to the alcohol, which may be conjugated with glucuronic acid.
Reply »