Bowing to pressure from activist groups, Gore Fabrics says it is working to eliminate perfluorinated chemicals (PFCs) of environmental concern from its products. Gore supplies water-resistant fabrics to many leading outdoor apparel makers, including Patagonia and The North Face. 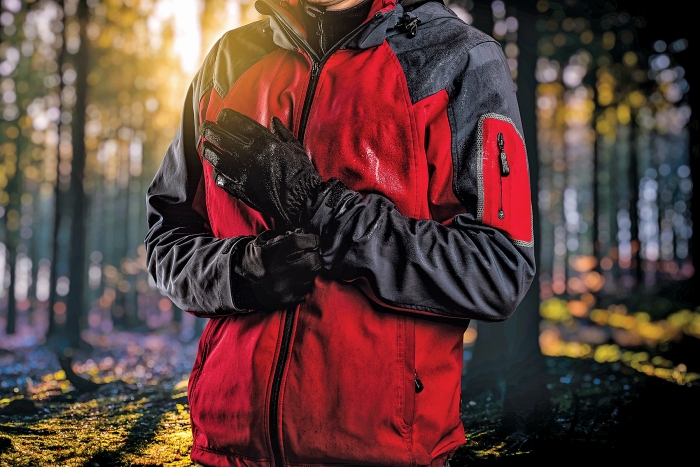 Credit: Shutterstock
Most water-resistant fabrics are coated with perfluorinated chemicals.

High-performance outerwear is commonly coated with a PFC-based barrier to improve water resistance. But those coatings can wear off and escape into the environment.

Greenpeace and other environmental groups have targeted PFCs, a large family of chemicals, because they persist in the environment and have been found in arctic polar bears’ livers and human blood. Some PFCs have been shown to have negative health effects.

Although it is not clear what proportion of PFCs found in the environment come from water-resistant clothing, Greenpeace has been campaigning since 2012 to get outdoor apparel makers to stop using the coatings and switch to alternatives.

For Gore, eliminating all fluorinated chemicals is not on the short-term to-do list because its core water-resistant membrane technology is based on a form of polytetrafluoroethylene (PTFE). PTFE is also the main polymer used in Teflon nonstick coatings. Gore worked with Greenpeace to conclude that PTFE is not of environmental concern because it’s a large, stable molecule and is not bioavailable.

One PFC of concern is likely to be per­fluoro­octanoic acid (PFOA), which was historically used by DuPont to make PTFE. Past releases of PFOA by DuPont polluted drinking water in Ohio and West Virginia and are now the subject of more than 3,500 lawsuits.

Gore intends to eliminate the PFCs of concern from 85% of its products and manufacturing processes by the end of 2020. It will tackle the rest by 2023. Gore says it is working with its suppliers to find fluorinated and nonfluorinated replacements.

That effort also extends to the company’s core PTFE membrane. However, Bernhard Kiehl, Gore’s sustainability leader, points out that “the unique performance and durability of PTFE will make it the preferred choice for many, especially high-demanding, end uses.”

Although firms such as Gore, Patagonia, and The North Face have been exploring and investing in new materials for durable water protection, finding high-performance alternatives to PFCs is a long-term project, according to Joel A. Tickner, director of the Department of Community Health & Sustainability at the University of Massachusetts, Lowell.

“There have been serious efforts, but they’ve been in a holding pattern,” Tickner observes. “So far, nothing works as well as perfluorinated chemicals.”