U.S. lawmakers are once again criticizing EPA for using science that is not publicly available in regulatory decision-making. At a hearing of the House of Representatives Science, Space & Technology Committee last week, chair Lamar Smith (R-Texas) warned that congressional efforts to curb EPA’s regulatory authority could be more successful with the new administration. In recent years, Smith and other committee members have sponsored “secret science” legislation that environmental advocates say would have stymied EPA’s pollution regulations. The legislation would have required EPA to base its regulatory actions on publicly available scientific data. Critics say the action would inhibit the use of peer-reviewed medical studies that commonly protect confidential patient information. Some people have questioned whether such legislation is an attack on the scientific process. “Scientists—whether in industry, academia, or the government—must have confidence that they can conduct their work in an atmosphere free of intimidation or undue influence,” Rush D. Holt Jr., CEO of the American Association for the Advancement of Science and former Democratic congressman, said at the hearing. 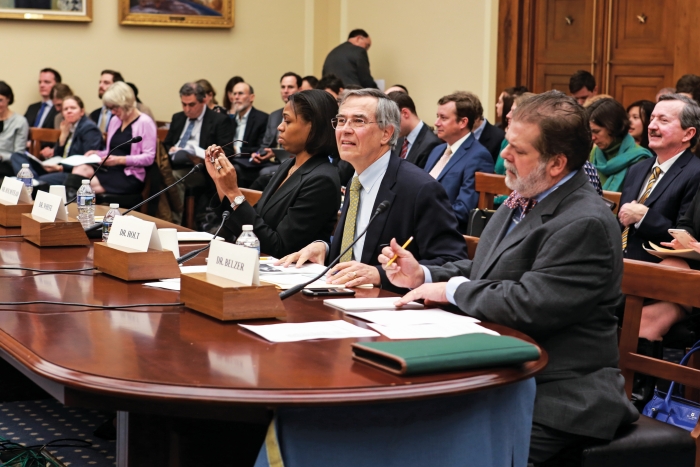