Willie May is presented ACS Award for Public Service 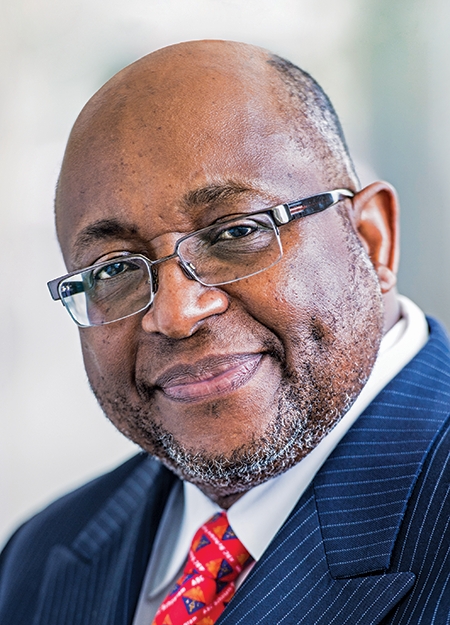 Willie E. May, former undersecretary of Commerce for Standards & Technology and former director of the National Institute of Standards & Technology, is the recipient of the American Chemical Society 2017 Award for Public Service. The award honors individuals who have performed outstanding public service that benefits the chemical sciences.

During his more than 40 years at NIST, May rose through the ranks from entry-level researcher to head of the agency’s 3,400 scientists, engineers, technicians, support staff, and administrative personnel. As the federal government’s highest-ranking chemist, he oversaw NIST programs designed to promote U.S. innovation and industrial competitiveness. May has also worked extensively to increase the diversity of the chemical enterprise and promote the education of the next generation of chemists.

ACS News
Willie May recognized for public service
People
Earle B. Barnes Award For Leadership In Chemical Research Management
Policy
NSB Honors Charles Vest
Share X
To send an e-mail to multiple recipients, separate e-mail addresses with a comma, semicolon, or both.
Title: Willie May is presented ACS Award for Public Service
Author: Linda Wang
Chemical & Engineering News will not share your email address with any other person or company.