Crystallographer remembered for her pioneering contributions to solving molecular structures 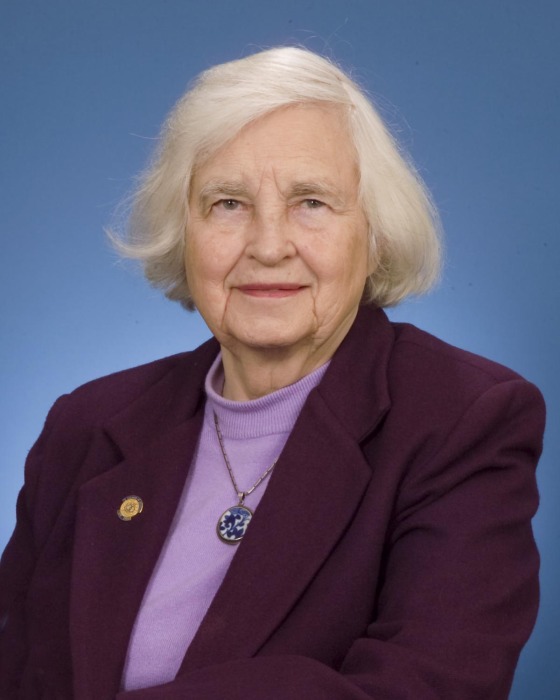 Renowned crystallographer Isabella L. Karle died on Oct. 3 in Arlington, Va. She was 95.

Karle, who worked as chief scientist in the X-ray Diffraction Section at the U.S. Naval Research Lab (NRL) until her retirement in 2009, is credited with helping to elucidate the structure of hundreds of complex molecules.

Early in her career, Karle worked on the Manhattan Project, developing techniques to extract plutonium chloride from a mixture containing plutonium oxide. She became the first woman faculty member in the chemistry department at the University of Michigan. Later on, at NRL, she and her husband Jerome Karle determined the structure of hundreds of biological molecules that helped revolutionize drug development.

Jerome was awarded the Nobel Prize in Chemistry in 1985 with mathematician Herbert A. Hauptman for developing direct methods for improving X-ray diffraction analyses of crystal structures. But many in the community believe that Isabella should have shared the prize for laying the experimental foundations for that work.

“Jerome was devastated that Isabella was not included in the prize, and many other scientists agreed with him. Isabella’s contribution to the success of the direct method was crucial,” says Magdolna Hargittai of Budapest University of Technology & Economics, who authored a book on women scientists. “After the publication of the direct method in the 1950s, for years, the crystallographic community was skeptical about its usefulness and many openly criticized it. Isabella was the first who applied the method. She worked out the symbolic addition procedure that makes the connection between the mathematical apparatus and the actual X-ray diffraction data. Isabella and Jerome’s joint paper in 1963 was a breakthrough and became a citation classic,” Hargittai says.

“Although she was overlooked by the Nobel committee, that did not stop her continuing progress with her science,” says Louis Massa of Hunter College, who collaborated with the Karles. “She solved one important structure after another. The range of molecules which people brought to her hoping for a crystal structure solution was notable. They were related to toxins, malaria and other medical maladies, carcinogens, and explosives to name only a few.”

Samuel Gellman, a professor of chemistry at the University of Wisconsin, Madison, recalls not being able to solve a structure for a molecule important to his group. “I knew from my reading that Isabella was the best person in the world for this challenge,” he says. “I had never met her, but I contacted her to ask if she could help. She immediately agreed, and in 10 days she had the structure.”

“Her work was admired and appreciated not only in the U.S. but all over the world,” says Bhakta Rath, former associate director of research for NRL’s Materials Science & Component Technology Directorate, which housed Isabella’s lab. “People wanted to come and learn her method of solution and work with her.

“She always reminded me of Marie Curie,” Rath continues. “Isabella was always very quiet, very gentle, very soft-spoken, but in true sense a perfect scientist. She worked diligently with anyone that wanted to collaborate with her and would give no concern about the time that she spent to educate them and work with them.”

Isabella earned a B.S. and Ph.D. in physical chemistry from the University of Michigan, where she met Jerome. Her daughter Louise Hanson says her mother taught herself how to do X-ray crystallography, reading books on crystallography, such as that by MIT crystallographer Martin Buerger, while she was on maternity leave with Hanson’s younger sister. “She loved to solve puzzles, crossword puzzles, jigsaw puzzles, so this was solving puzzles for her,” Hanson says.

Isabella’s long list of honors include the Garvin-Olin Medal, the National Medal of Science, the Women in Science & Engineering’s Lifetime Achievement Award, and the Navy Distinguished Civilian Service Award.

Lila Gierasch (November 30, 2017 10:54 AM)
One of my personal role models, and a luminary in the peptide science community for decades!
Reply »