Chemistry in Pictures: Burnt out 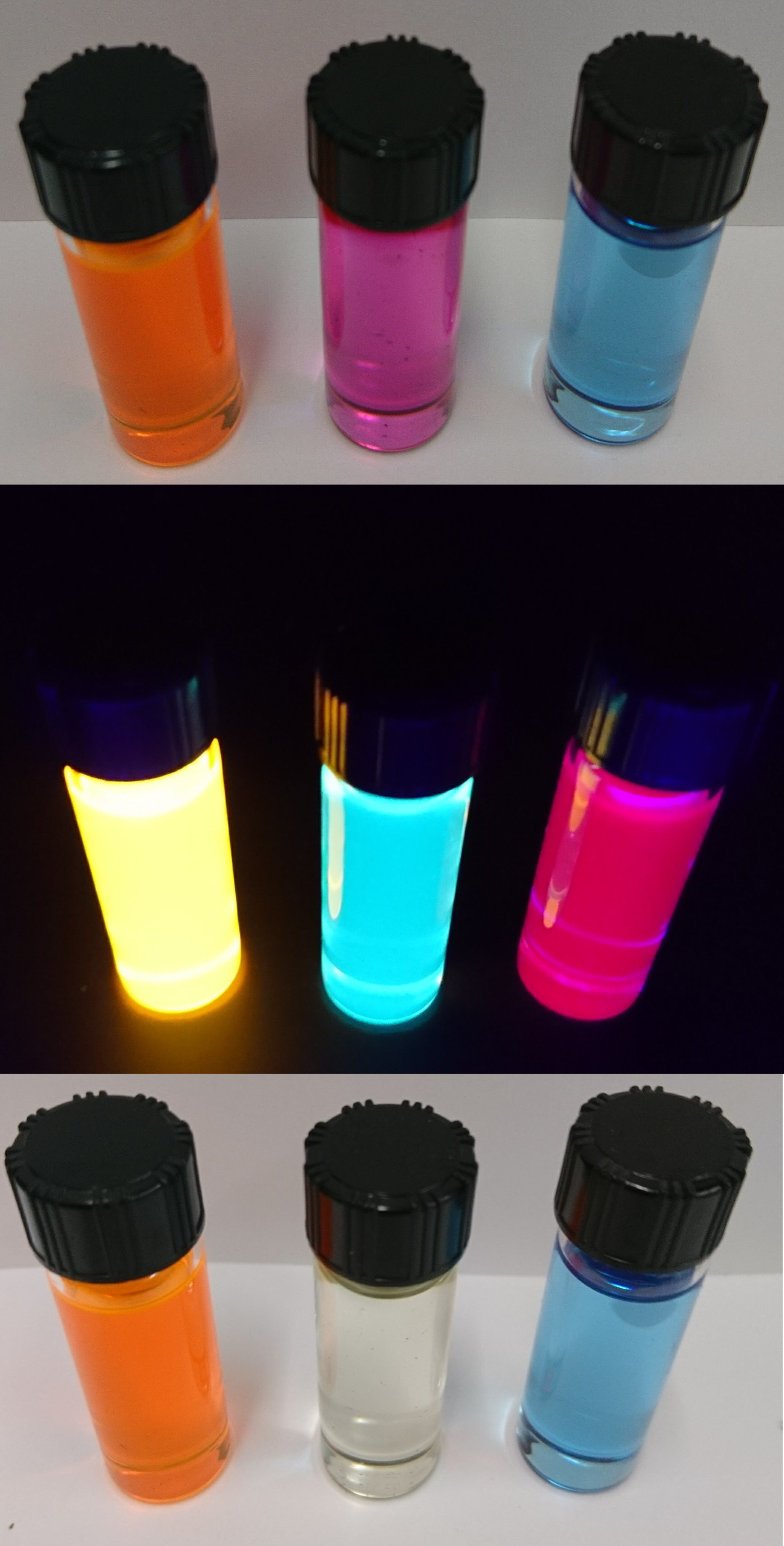 Keep an eye on the center vial in each row. After being put under ultraviolet light (middle row) the solution of pentacene went from purple to colorless. Postdoc Tim Atallah and Assistant Professor Justin Caram at UCLA noticed that when they tried to get an ultraviolet spectrum of pentacene, the sample appeared to partially degrade. To figure out what was going on, they put the sample under a UV lamp to see what would happen. Within a few seconds (as long as it took to snap this photo), the pentacene molecules absorbed some of the UV light’s energy, allowing them to react with small amounts of gas also floating around in the solution. The UCLA researchers think this reaction yielded what they believe is colorless pentacenequinone, which glows blue under the UV light. The other vials contain solutions of rubrene (left) and bis(triisopropylsilylethynyl)pentacene (right), both of which survived the UV irradiation.

For more Chemistry in Pictures, visit our new home on cen.acs.org.