How other Chinese companies are competing with WuXi 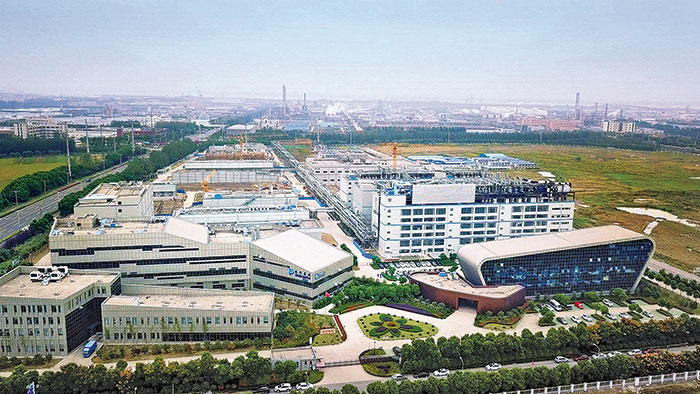 The additional capacity, competitors feared, would flood the market. And by adding manufacturing power to its already huge research labs, WuXi appeared to be positioning itself as a pharma services superstore, the place to go for anyone trying to develop or manufacture a new drug.

STA’s blueprints are becoming reality. So far, the company has built three commercial-scale facilities, one-third of its target. In photos, the Changzhou site looks huge, almost like a small town. Combined with capacity at its older site in Jinshan, STA now boasts 200 reactors ranging in size from 5 to 20,000 L. Already the world’s largest drug research contractor, WuXi is now a sizable contract manufacturing organization (CMO) as well.

Smaller shops usually fear the arrival of a Walmart, and for good reason. But WuXi’s expansion has generally not, in China at least, vacuumed business away from other pharmaceutical services providers. Quite the contrary, they say. Other Chinese providers have been finding new business by emphasizing specialized capabilities. And in some cases, WuXi’s growth has yielded opportunities to subcontract projects or parts of projects.

“For many people in the drug industry, outsourcing to China means WuXi,” says Haijun Dong, CEO of PharmaBlock Sciences, a Nanjing, China-based company that develops and supplies building block chemicals used in drug discovery. The WuXi business model is appealing enough that other pharmaceutical services contractors formed around the same time as WuXi—firms like Pharmaron or Asymchem—are following the one-stop-shop model.

But younger, smaller firms like PharmaBlock are also enjoying strong growth, by specializing. “We only compete against part of WuXi’s business,” Dong says.

WuXi’s superstore approach does not appeal to all drug industry customers, says James Ma, president and founder of the contract research and manufacturing firm PepTech. “Smaller CMOs like PepTech continue to thrive and flourish because we have our unique strength and can offer products and values that other CMOs cannot match,” he says.

PepTech positions itself as a chemistry services firm that can custom-make specialized molecules at its Shanghai facility. “We have spent the past 20 years developing enzymatic and chemical technologies to manufacture specialty amino acids and chiral building blocks on a large scale,” he says.

Customers, Ma adds, often prefer to pick and choose services from different suppliers rather than go to a full-suite firm. “Some customers work with us on medicinal chemistry and discovery projects and then continue to work with us on scale-up synthesis and manufacturing,” he says. But others come to PepTech only for scale-up and manufacturing, he adds. “They don’t necessarily favor the one-shop model.”

At PharmaBlock, instead of waiting for business, the plan is to go to potential customers and offer chemicals for which a market is just starting to emerge. Unlike other Chinese contract research firms, PharmaBlock subscribes to multiple scientific journals that its staff scours for hints on pharmaceutical research trends, Dong says. Using this review, PharmaBlock researchers design and synthesize molecules they bet will soon be in demand in the marketplace.

Related: Running out of capacity at WuXi’s manufacturing arm

“Our management team consists mostly of medicinal chemists, and this helps us to enter customers’ labs at an early stage,” Dong says. “Some compounds our customers are researching will advance, and others won’t, but we stand ready to scale up our production of building blocks,” he says.

For example, a few years ago, Dong’s researchers read a paper by Pfizer scientists about applying kitelike molecules as bioisosteres of phenyl rings in certain drug candidates. The researchers designed molecules that replaced the phenyl ring with a kite-shaped moiety for reasons such as solubility, permeability, and in vitro metabolic stability. They were warmly received in the research community, Dong says.

PharmaBlock currently employs 400 people and is enjoying strong growth. So much so, Dong says, that he has to be selective about the business he chooses to accept. For instance, some customers have asked the firm to conduct research on a contractual basis. “Our orders are growing too fast for that,” Dong says.

PharmaBlock claims success with a series of drug discovery molecules that include kitelike structures.

One reason that PharmaBlock and other Chinese pharmaceutical services providers are thriving is that the custom chemical business is booming worldwide. The sector enjoyed growth of 4.4% in 2017, and the Society of Chemical Manufacturers & Affiliates, a U.S. trade organization, expects a World Chemical Outlook for 2018 similar performance this year.

In fact, some Chinese contractors with WuXi-scale ambitions are expanding aggressively. Chongqing-headquartered Porton Pharma Solutions, formerly named Porton Fine Chemicals, opened new manufacturing facilities over the past two years in the east coast city of Hangzhou and in Jiangxi province. The company is also setting up a new crystallization facility in Shanghai.

“We were short of capacity about one and a half years ago, so we decided to expand,” says Oliver Ju, Porton’s cofounder and CEO. “We now have about as much production capacity as STA.” 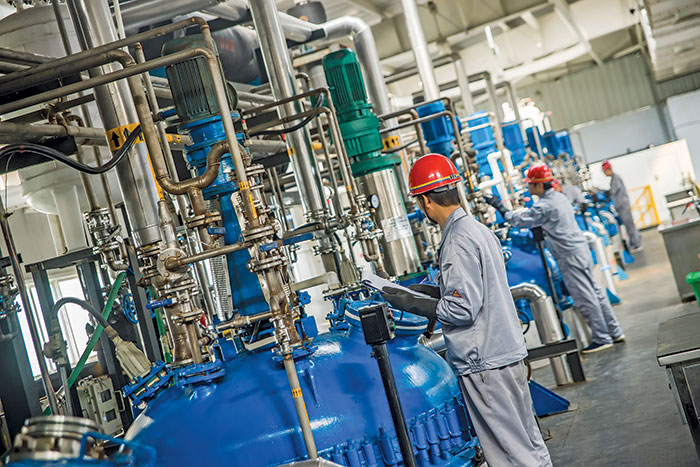 Credit: PharmaBlock
When its building block molecules are used in drugs that reach the market, PharmaBlock can scale up production at this manufacturing site in Nanjing.

Launched in 2005 to produce drug intermediates, Porton has since expanded into active pharmaceutical ingredients as well as niche services like process safety evaluation. Last year Porton acquired the U.S. pharmaceutical services firm J-Star Research. And two months ago, it announced a comarketing agreement with the Beijing-based contract research firm BioDuro. Now, Ju says, Porton offers a WuXi-like range of services from early discovery all the way to commercial manufacturing.

The expansion is part of a push by Porton to reduce its dependence on key accounts. But expanding the customer base requires expanding the range of capabilities, Ju explains. “If you have only 10 customers, you don’t need a lot of services,” he says. “But when you are dealing with 500 companies, the requirements will be far more diverse.”

The Chinese pharmaceutical services industry, Ju says, is beginning to be dominated by a few large players like WuXi, Porton, and Tianjin-based Asymchem.

Perhaps, but smaller companies still find room in the marketplace. In the southern city of Huizhou, near Hong Kong, Raffles PharmaTech is enjoying steady growth by focusing on supplying custom-made chemicals in quantities ranging from 100 g to hundreds of kilograms. By the time customers order those relatively large quantities, the projects they are working on have a “more predictable risk profile,” says Andrew Phillis, Raffles’ New Zealand-born vice president of business development.

Launched in 2011, Raffles initially focused on Chinese customers, but its foreign business started to grow soon after Phillis came on board, initially as R&D director. He now spends about half his time on the road, mostly in Europe and the U.S. East Coast, drumming up new business. Why foreign customers choose to work with a small and relatively obscure Chinese supplier is simple, Phillis explains. “Interest grows when we explain our capabilities.”

Raffles, he says, has developed specialized skills in areas including biocatalysis, unnatural amino acid derivatives, thioamides, and thiazoles. “Big companies like WuXi can’t be good at everything,” Phillis says.

In fact, Raffles routinely plays the role of subsupplier on projects led by WuXi and other larger CMOs, both in China and abroad, he adds. With its staff at about 70 people, Raffles is building a second lab in Huizhou and has bought a piece of land next to its headquarters to build a commercial-scale facility.

According to Porton’s Ju, the vast expansion in capacity at WuXi STA will leave plenty of market opportunities for others. Over the next few years, he expects annual sales for Porton, STA, and Asymchem to increase from roughly $200 million apiece to $500 million. “I think we are all targeting this,” he says.

Growth will be fueled by the numerous projects now under development in the global drug industry, Ju notes. And within China, he expects a further boost. “The Chinese biotech sector is entering a golden age,” Ju says. Unless growth in the drug sector unexpectedly stalls, competing with the WuXi juggernaut shouldn’t be an issue for the rest of China’s pharmaceutical service firms.