Preventing an infection is always preferable to treating one. Because seasonal vaccines have modest efficacy at best and some people—the young, the elderly, and the immunocompromised—don’t benefit as much from them, it’s important to stock the flu-fighting arsenal with antiviral drugs.

At the moment, the only influenza antivirals approved by the U.S. Food & Drug Administration are the neuraminidase inhibitors, compounds that include Roche’s Tamiflu (oseltamivir) and GlaxoSmithKline’s Relenza (zanamivir). These work by blocking the virus’s surface protein neuraminidase, which allows budding virus particles to break away from infected cells.

The problem is these drugs work well only if they’re taken within the first 48 hours after a person has been infected with the flu—a time when most people are just beginning to think that their symptoms are bad enough to warrant a doctor’s visit. After the 48-hour mark, a lot of the sickness an infected person feels isn’t coming only from the replicating virus but also from the immune system’s response to it. 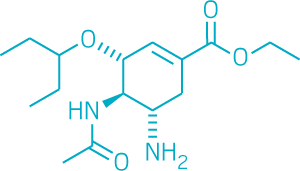 “Relying on a single drug class is not a particularly good position to be in,” says Megan Shaw, who studies antivirals at Icahn School of Medicine at Mount Sinai. That’s because viruses can fairly easily develop resistance to drugs. In fact, it’s already happened. In 2007, a strain of flu became resistant to Tamiflu, and although that virus eventually lost its punch, it was a warning call to researchers.

Scientists are furiously working on other drugs with different targets. The most advanced target is flu’s polymerase enzyme, a critical player in viral replication.

Viruses are liars, cheats, and thieves. 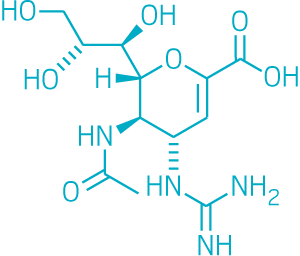 “Viruses are liars, cheats, and thieves,” explains Andrew Mehle, a flu polymerase expert at the University of Wisconsin, Madison. Part of the polymerase’s job is to steal portions of a host cell’s messenger RNA and use them to make the virus’s messages. In a process known as cap snatching, the endonuclease region of flu’s polymerase enzyme pilfers messenger RNA’s 5′ cap, which is required to translate RNA into proteins. 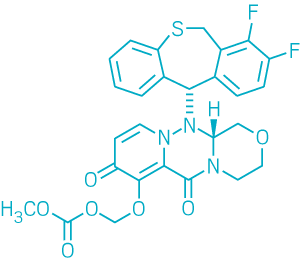 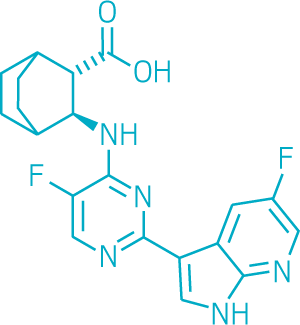 Because it has a longer half-life, Xofluza works with a single dose, whereas Tamiflu must be taken twice a day for five days. Trials also indicate that patients find faster relief from their symptoms with Xofluza than with Tamiflu. Roche, partnering with Shionogi, plans to roll the drug out to the rest of the world as quickly as it can.

Pimodivir, a flu antiviral developed by Janssen Pharmaceuticals that’s in Phase III clinical trials, also targets flu’s polymerase enzyme, but it attacks its PB2 region, which also plays a role in cap snatching. The disadvantage with this compound, Shaw says, is that it doesn’t seem to be effective against influenza B strains. 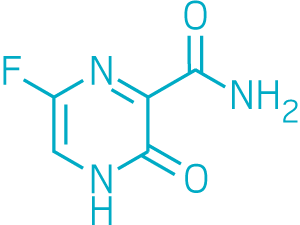 Another compound that’s received approval for treating the flu in Japan is Toyama Chemical’s favipiravir, which blocks polymerase enzymes across multiple viruses. A small, nonrandomized clinical trial showed it was modestly effective at treating Ebola virus during the 2014 outbreak.

Finally, some companies, such as Vir Biotechnology, are hoping to use flu-fighting antibodies as antiviral therapies. These, Shaw points out, are more expensive to make than small molecules and must be administered intravenously.

Even with these advances as well as efforts toward a universal vaccine, which could theoretically protect against influenza infections for years, Shaw says flu is going to be a problem for years to come. “We definitely are in need of new influenza drugs,” she says. But as scientists tackle more novel flu targets, our arsenal will become stronger.