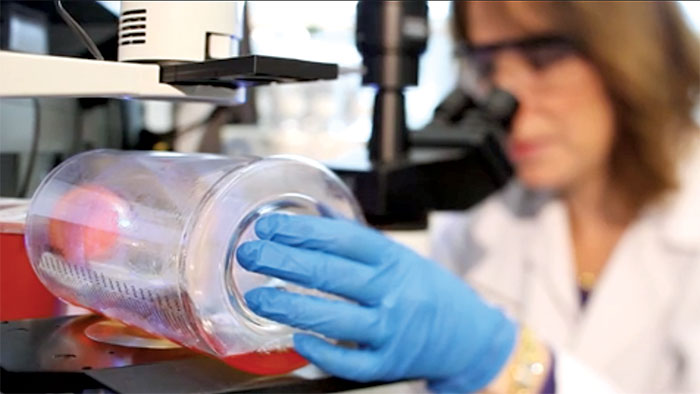 Launching what is expected to be a busy year for drug industry acquisitions, Sanofi has signed a deal to buy the rare blood disease firm Bioverativ for nearly $11.6 billion, and Celgene says it will acquire the CAR T-cell cancer immunotherapy company Juno Therapeutics for about $9 billion.

Last year was slow for pharma mergers and acquisitions, with in pharma only a handful of deals surpassing $1 billion. Analysts are forecasting a heavier M&A season for 2018, and that prediction looks on track so far.

For Sanofi, the biggest selling point at Bioverativ, Biogen’s former hemophilia drug business, are its two marketed blood-clotting-factor replacement therapies. The firm is also working on gene therapies for the disease and biologics for other rare blood diseases.

Sanofi notes that the hemophilia market surpasses $10 billion a year and that Bioverativ’s drugs will complement fitusiran, its silencing RNA (siRNA)-based therapy in development for hemophilia.

Juno’s pipeline is based on in pharma CAR T-cell immunotherapy, a gene therapy in which immune cells are removed from someone with cancer, turbocharged via genetic engineering, and reinjected to target cancer.

On a conference call, Juno executives estimated that peak sales for the firm’s lead CAR-T therapy, JCAR017 for non-Hodgkin lymphoma, will be $3 billion per year if approved. Like its competitors Kymriah and Yescarta, JCAR017 targets a protein called CD19 found on both cancerous and healthy B lymphocytes.

Umer Raffat, an analyst at Evercore ISI, has a lower sales estimate of $1.8 billion. Raffat also cautions that antibody-based therapies in development, such as Roche’s polatuzumab vedotin and MorphoSys’s CD19 antibody, could dash Juno’s JCAR017 dreams. Because of its potential for eliciting deadly immune reactions, CAR-T therapy is still a treatment of last resort.

The second wave of CAR-T therapies is expected to target a different B-lymphocyte protein, called BCMA, in people with multiple myeloma. Celgene now has access to two competing BCMA programs—one from Juno’s pipeline and another from an existing collaboration with gene therapy company Bluebird Bio.

Celgene will also get Juno’s early but broad pipeline of CAR-T therapies for several solid tumors, including breast and lung cancers. Such tumors have been a challenge for CAR-T, where the biggest successes have been cancers of the blood.

Looking ahead to the rest of 2018, the biotechnology analyst Syed Salim of Mizuho Securities says “gene therapy and cell therapy are obviously very hot areas.” Companies focusing on these therapies, as well as therapies for rare and orphan diseases, are likely targets for M&A, he says.

U.S. tax reform was “one major source of uncertainty for biopharma in 2017,” adds Jeffrey Greene, an advisor at the consulting firm EY. The firm estimates that the top 10 U.S. life sciences companies hold $160 billion overseas. With tax reform passed, Greene thinks some of that cash could find its way into U.S. deals.

Several specialty pharma and generics companies have been underperforming, Greene notes. “These could be particularly vulnerable to acquisition or consolidation this year.”