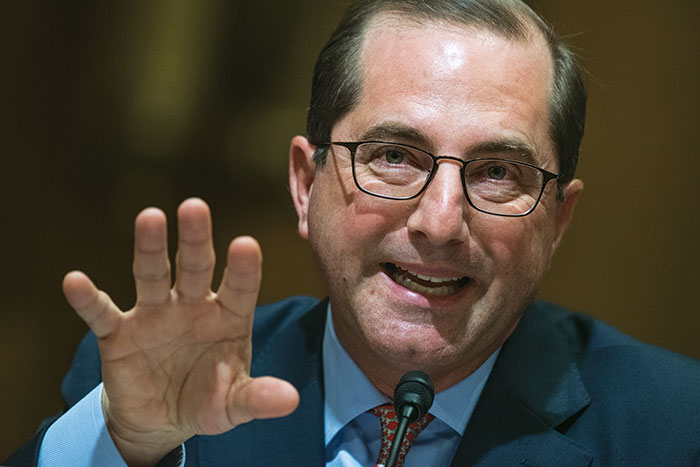 Alex Azar, President Donald J. Trump’s nominee to head the U.S. Department of Health & Human Services (HHS), was confirmed by the Senate on Jan. 24. Azar is the former president of Lilly USA, the parent company of pharmaceutical giant Eli Lilly & Co., where he worked for 10 years before being nominated by Trump. HHS oversees most of the nation’s health care industry, including Medicare and the insurance program known as Obamacare. It also is the parent agency for the Food & Drug Administration, the Centers for Disease Control & Prevention, and the National Institutes of Health. Azar doesn’t have a science background—he is a lawyer with an undergraduate degree in economics and government. In his confirmation hearing, Azar said that drug prices are too high and he would explore whether the government should be able to negotiate lower fees. He previously served in HHS during the George W. Bush administration as deputy director and general counsel. Azar replaces Tom Price, Trump’s first appointee to the HHS position, who resigned in September 2017 over criticism of his use of private jets for government travel.