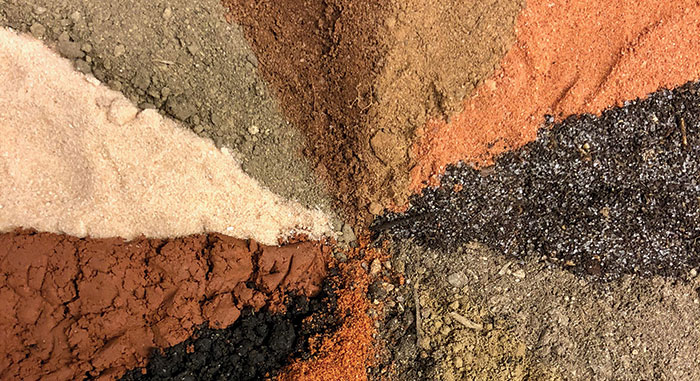 Bacteria have long been a prolific source of potentially therapeutic natural products. But scientists estimate that only about 1% of bacteria can be grown in the lab, making most unavailable for drug discovery. As a result, scientists have largely abandoned screening microbes to find new antibiotics and other drugs.

Sean F. Brady of Rockefeller University and coworkers now report an approach to natural product discovery that bypasses the need to culture bacteria (Nat. Microbiol. 2018, DOI: 10.1038/s41564-018-0110-1). With the method, the team discovered a new class of antibiotics called malacidins.

The new study “counters the notion that soil bacteria are an exhausted source of natural products, and it opens the door to begin to explore the remaining 99% of microbial diversity that traditional culture-dependent approaches have missed,” says Steven G. Van Lanen of the University of Kentucky College of Pharmacy.

Brady and coworkers amplify and sequence bacterial DNA from environmental soil samples and then look for gene clusters that encode enzyme systems likely to biosynthesize natural products with preselected characteristics. The scientists engineer lab bacteria to express those gene clusters and then characterize bioactive metabolites the microbes produce.

In their new study, the researchers looked for gene clusters associated with calcium-binding motifs similar to those in known antibiotics such as daptomycin and friulimicin, which require calcium for their antimicrobial action. The method led them to malacidin A and B, cyclic peptides with lipid tails. The researchers showed that the malacidins work differently from daptomycin and friulimicin, which kill bacteria by disrupting cell membranes and inhibiting cell wall biosynthesis, respectively. But the scientists have yet to uncover the malacidins’ detailed mechanism of action. 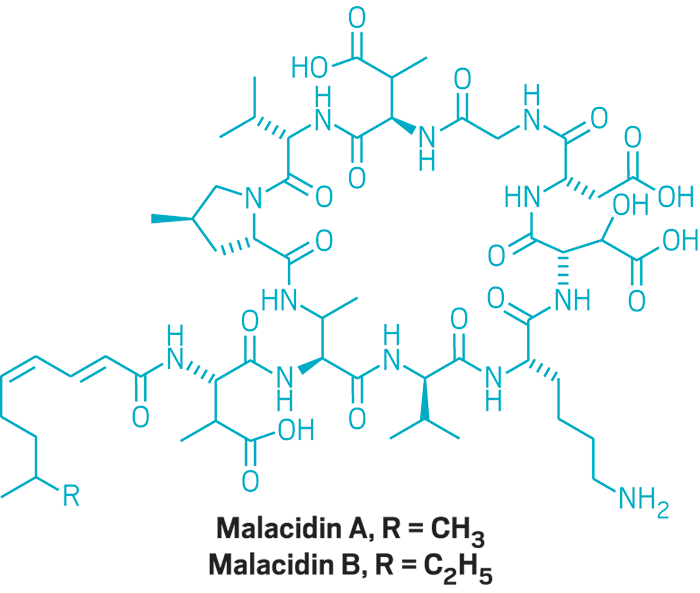 The malacidins killed multidrug-resistant Gram-positive bacteria and cleared up a methicillin-resistant Staphylococcus aureus infection on the skin of rats. The targeted bacteria did not seem to develop resistance to the malacidins, and the compounds weren’t toxic to mammalian cells.

“It will take many years to develop malacidins into new antibiotics, even in the best scenario, says Huimin Zhao of the University of Illinois, Urbana-Champaign. “And malacidins kill only Gram-positive pathogens,” whereas Gram-negative therapeutics are currently more scarce. Nevertheless, using a culture-independent search strategy to discover a new class of antibiotics is an important discovery, Zhao says.

Brady says his group’s findings suggest that scientists have yet to characterize most of the lipopeptides produced by soil microbes. “Even within our large soil collection, we have captured only a fraction of the biosynthetic diversity that exists within the calcium-dependent antibiotic family,” he adds.