Merck plans to boost its immunotherapy drugs with tumor-bursting viruses

Merck will acquire Viralytics, whose oncolytic virus therapy may help broaden the use of the checkpoint inhibitor therapy Keytruda 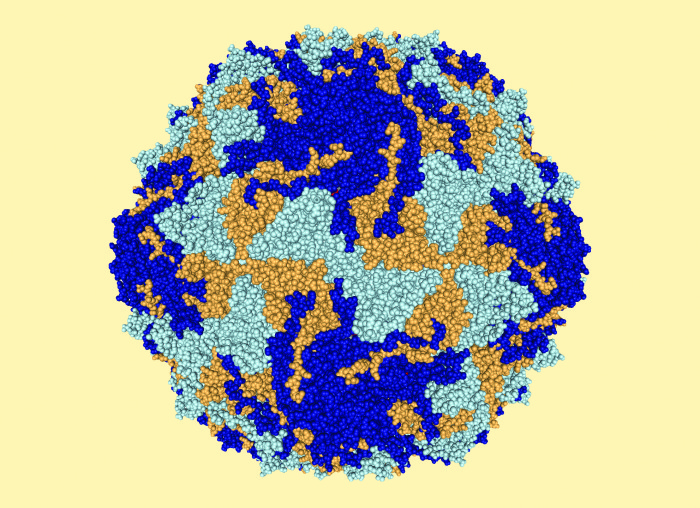 Merck & Co. will pay about $400 million to acquire the Australian biotech firm Viralytics, which is testing an oncolytic virus, part of a small but growing class of cancer therapies. The virus, which infects and kills cancer cells, will be used alongside Merck’s immunotherapy Keytruda in an attempt to expand the number of cancers and people that the drug works for.

Viralytics’s drug candidate, Cavatak, is an injection of a virus known to cause the common cold called coxsackievirus A21. The virus naturally binds two proteins that are often overproduced on the surface of cancer cells in melanoma and other tumors. The virus sneaks into the cell, where it begins to replicate. It eventually forces the cell to burst open, thereby shrinking tumors and releasing more tumor-busting viruses in the process.

The idea may sound crazy, but it is far from new. Reports of tumors shrinking after a viral infection were first published over a century ago. A handful of clinical trials around 1950 spurred interest in intentionally injecting viruses into tumors, before the idea faded into obscurity. By the early 2000s, a cadre of biotech companies had emerged to pursue oncolytic virus therapies, but the idea has been slow to catch on.

Now, recent research showing the power of combining oncolytic viruses with other cancer therapies is helping bring the fringe field closer to the limelight.

Cavatak is already undergoing testing in multiple Phase I and II clinical trials. The most advanced programs are in melanoma; earlier ones are in lung and bladder cancer. In these trials, Cavatak is injected intravenously or directly into the tumor along with an IV injection of a commercial immunotherapy—either Merck’s Keytruda or Bristol-Myers Squibb’s Yervoy.

Keytruda and Yervoy are both checkpoint inhibitors, antibodies that release the brakes on the immune system’s T cells, which can target and kill cancer cells under the right conditions. Sometimes these drugs work great on their own, but many cancers still don’t respond to them. For instance, only about 33% of people with advanced melanoma respond to Keytruda. But based on ongoing Phase Ib trials, Viralytics says response rates rise to about 60% when Keytruda is used in combination with Cavatak.

Researchers think that oncolytic viruses like Cavatak can weaken a tumor, warm up the immune system, and make the tumor microenvironment conducive to T-cell invasion. Then, with the addition of a checkpoint inhibitor, the T cells can be activated to swoop in on the tumor and finish the job.

In fact, Merck has other research programs backed by the hypothesis that Keytruda will work better when used with companion immunotherapy drugs. In early 2017, Merck began Phase I clinical trials testing Keytruda alongside an innate immune system-activating drug called a STING agonist. In September, Merck announced it would purchase the German biotech firm Rigontec, whose drugs turn on the innate immune system, much like STING agonists do. And in November, Merck began testing Keytruda with Moderna’s personalized cancer vaccine.

The only oncolytic virus approved for sale in the U.S. thus far is an Amgen melanoma therapy called Imlygic. More virotherapies are likely on the way, though. The Cancer Research Institute recently estimated that 69 oncolytic viruses are undergoing clinical testing, with almost another 100 in preclinical development (Annals of Oncology 2017, DOI: 10.1093/annonc/mdx755).