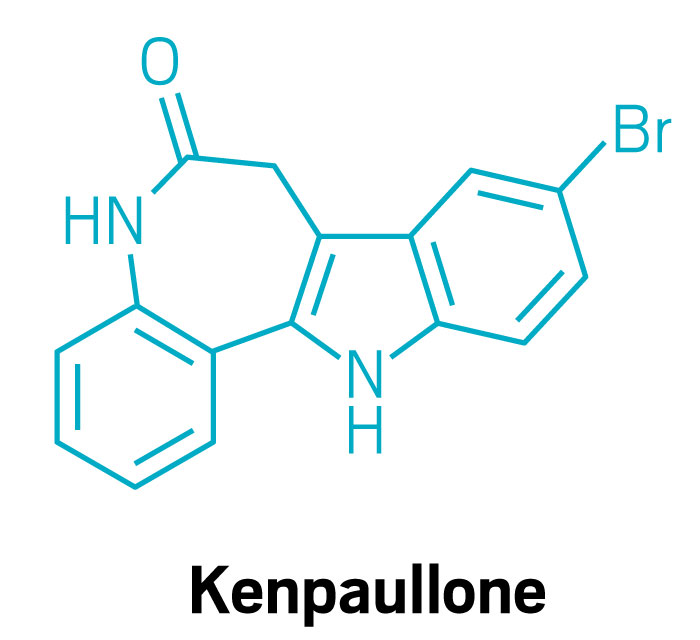 In the 1970s, cisplatin revolutionized cancer treatment. Today it’s considered an essential medicine by the World Health Organization. Yet, then as now, the drug comes with serious side effects, including hearing loss, a condition that affects more than 60% of patients and for which no FDA-approved therapies exist.

The team screened more than 4,000 compounds for their ability to protect cochlear cells isolated in 96-well plates that had been treated with cisplatin, eventually identifying about a dozen promising candidates. The molecule kenpaullone, among their most potent hits, protected against cisplatin-induced cochlear damage in a number of model species, including rats and mice, but also zebrafish, which possess an organ that helps them detect changes in water flow that acts similarly to inner ear cells.

Kenpaullone inhibits an enzyme called cyclin-dependent kinase 2 (CDK2), suggesting that CDK2 may be a promising target for cisplatin-induced hearing loss. To confirm this hypothesis, the team performed a mouse knock-out study, revealing that mice lacking CDK2 were better able to hold onto hearing after cisplatin treatment. Compared to control mice, loud noises didn’t induce as much hearing loss in the CDK2-deficient and kenpaullone-treated mice, either. That may have implications for a larger population than cancer patients, Zuo says.

With the target confirmed, the St. Jude researchers then specifically screened CDK2 inhibitors against cisplatin-treated cells and identified two more compounds, AT7519 and AZD5438, which had even better protective properties than kenpaullone. Delivered by inner-ear injection, AZD5438 demonstrated complete protection against cisplatin-induced hearing loss in mice. The researchers have filed a patent on these results and are preparing to publish them in an academic journal.

Once researchers identified CDK2 as a target for cisplatin-induced hearing loss, they found two compounds with even more potent protective activity.

The group’s long-term goal is to develop drug candidates for oral delivery, Hazlitt said. Direct injections into the inner ear have some advantages, such as enabling the use of low dosages, he said. But because the procedure is must be delivered by a doctor and is mildly painful, it’s less appealing to patients, especially children.

“This research team has developed an exciting pipeline for screening for molecules that might prevent cisplatin-induced hearing loss,” said Lisa Cunningham, a senior investigator at the National Institute on Deafness and Other Communication Disorders who was not present at the poster session. From a clinical perspective, she said, identifying molecular hits gives researchers a starting point to further improve the compound’s protective effects in the ear while making sure that it doesn’t interfere with cisplatin’s cancer killing abilities.