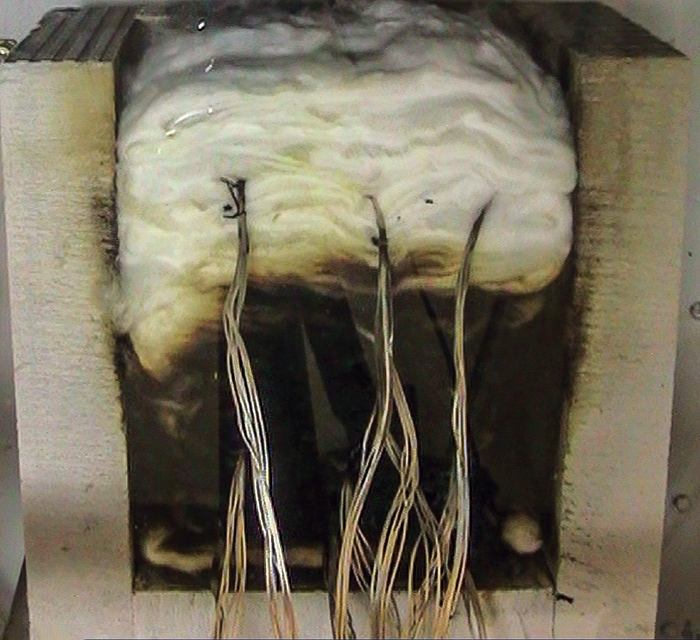 Fire inside a stack of biomass usually starts as a result of biological degradation. Such low-temperature fires can smolder for days or even weeks without producing flames, so they can escape detection. The Emerging Risks from Smoldering Fires (EMRIS) project, a joint project of several European research institutions, is studying this problem.

Researchers in Sweden—a major user of biomass for electricity production and heating—have identified levoglucosan as a potential marker for smoldering fires. Hafiz Abdul Azeem, a chemistry graduate student with Margareta Sandahl at Lund University, presented the findings Sunday night in the Division of Analytical Chemistry at the American Chemical Society national meeting in New Orleans. He also worked with Dan Madsen and senior lecturer Bjarne Husted, both of whom are in the division of fire safety engineering at Lund and are part of the EMRIS project. 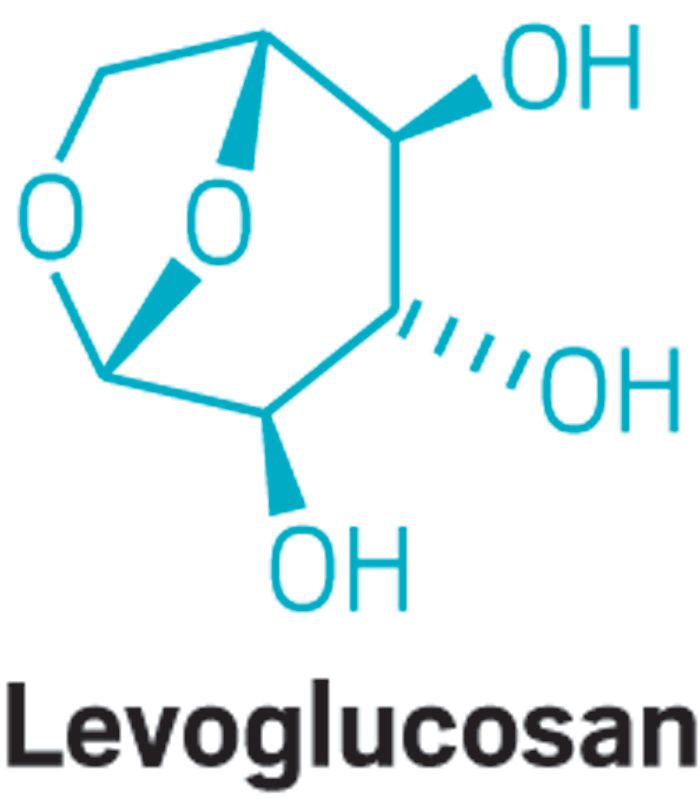 Levoglucosan, an anhydrous sugar, has been used for almost two decades as an atmospheric aerosol marker of wood burning. “Levoglucosan is a good molecular tracer for detection of fires, as it is formed specifically by pyrolysis of cellulose,” Marianne Glasius, an atmospheric chemist at Aarhus University in Denmark, told C&EN. “In the current study, the authors have used offline chemical analysis of aerosols to identify levoglucosan as being also a suitable tracer of smoldering fires, which are otherwise difficult to detect.”

Azeem and Madsen packed cotton into a concrete block and triggered smoldering with heating wires. They collected aerosol particles on quartz filters at approximately 30-min intervals. They extracted and analyzed the particles by gas chromatography-mass spectrometry. They kept data from only those experiments in which the cotton started blackening within three hours and the stack went into flames after eight hours.

“From approximately three hours onward, we can see some blackening in the cotton stack,” Azeem told C&EN. “In some of our batches, we were able to see levoglucosan on the filter collected after the first 30 minutes.” That means they could detect the levoglucosan before any visible signs of smoldering.

Azeem acknowledges that the current method isn’t ideal for real storage spaces because they needed to transport the filters elsewhere for analysis. “The future has to be some kind of online aerosol mass spectrometer connected with the exhaust system of the storage place,” he said. Even better would be inexpensive sensors specific for levoglucosan.

“We have proved the concept,” Azeem said. “Now it’s a matter of time.” He thinks that a practical system could be ready in as few as three years.