Many enzymes require cofactors such as nicotinamide adenosine dinucleotide (NAD+) or nicotinamide adenosine dinucleotide phosphate (NADP+) to shuttle electrons between reactions. Artificial redox cofactors that can work in parallel to the natural redox systems, without interfering with endogenous reactions, would enable improved metabolic engineering of industrially relevant compounds. Now, Han Li of the University of California Irvine, Justin B. Siegel of the University of California Davis, and coworkers have designed a new artificial redox cofactor system based on nicotinamide mononucleotide (NMN+) that is much more efficient than previous attempts (Nat. Chem. Biol. 2019, DOI: 10.1038/s41589-019-0402-7).

To make the system work, the researchers designed new versions of glucose dehydrogenase, an important partner for the cofactor. Their engineered version has more electrostatic interactions with NMN+ and thus recognizes NMN+ instead of the other cofactors. “The cofactor specificity is mainly engineered in the glucose dehydrogenase because that’s the enzyme that charges the cofactor with electrons,” Li says.

In one engineered version of glucose dehydrogenase, the researchers changed three amino acids. In the other variant, they changed four amino acids. The swapped amino acids improve the enzyme’s interactions with NMN+ and help it exclude NAD+ and NADP+.

As a proof of concept, the researchers coupled the cofactor and their engineered glucose dehydrogenase with an enoate reductase called XenA from Pseudomonas putida. This enzyme catalyzes the asymmetric reduction of the C=C double bond in ketoisopheorone to form levodione, a pharmaceutical intermediate. They also paired the engineered glucose dehydrogenase and NMN+ with three other enzymes, all of which worked.

The triple mutant glucose dehydrogenase works in test tubes but it interferes with other reactions in living systems because it doesn’t do a good enough job of excluding NAD+ and NADP+. The one with four mutations sufficiently excludes the natural cofactors to be used in living systems without disrupting the basic metabolism.

The researchers also showed that the four-mutation cofactor system can be used to sustain central metabolism in engineered bacteria. It’s the first artificial cofactor that’s efficient enough to do that, Li says. “Central carbon metabolism is like the highway of metabolism, so it’s got the highest flux. To sustain that, the system needs to be very efficient,” she says. “We show that you can actually use our system during glycolysis to support growth, which suggests it’s very efficient.” 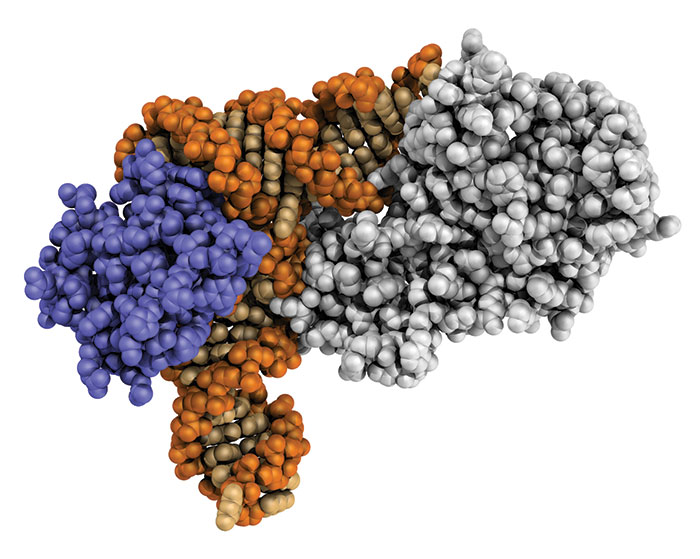 Synthesis
New way to make chiral arenes
Share X
To send an e-mail to multiple recipients, separate e-mail addresses with a comma, semicolon, or both.
Title: Artificial cofactor system sustains central metabolism in bacteria
Author: Celia Henry Arnaud
Chemical & Engineering News will not share your email address with any other person or company.