On its 15th anniversary, ACS outreach program expands to a weeklong celebration

CCEW took place this year on April 22–28 at schools, shopping malls, libraries, and other public venues around the U.S. ACS members interacted with almost 100,000 people during the campaign. This year’s theme was “Dive into Marine Chemistry,” which encouraged the public to learn about marine chemistry.

The ACS Committee on Community Activities and the ACS Office of Science Outreach have announced the winners of the 2018 Chemists Celebrate Earth Week Illustrated Poem Contest, in which K–12 students were invited to share their interpretation of this year’s theme, “Dive into Marine Chemistry,” in the form of illustrated poems. First-place winners in each grade category received $300. Second-place winners received $150. 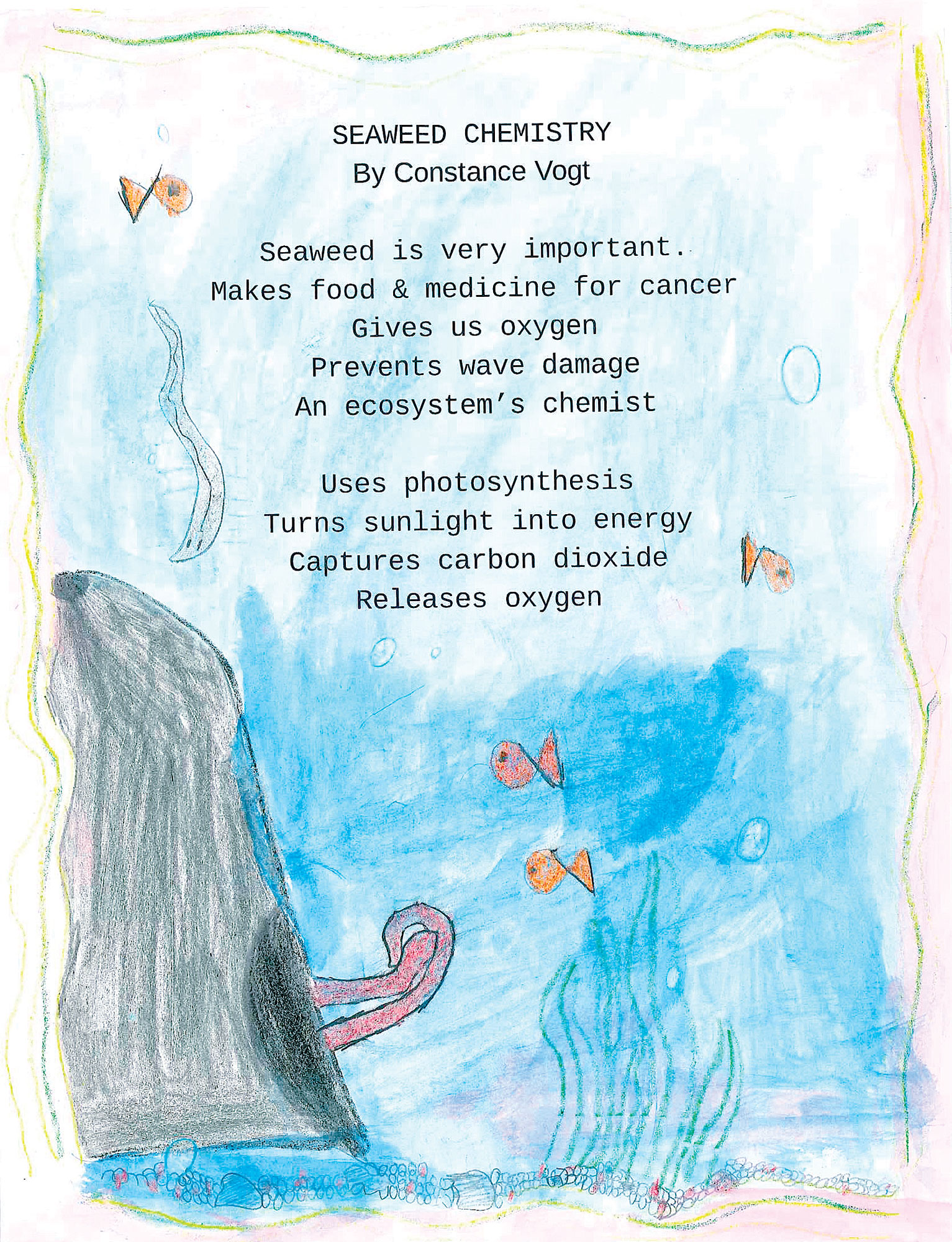 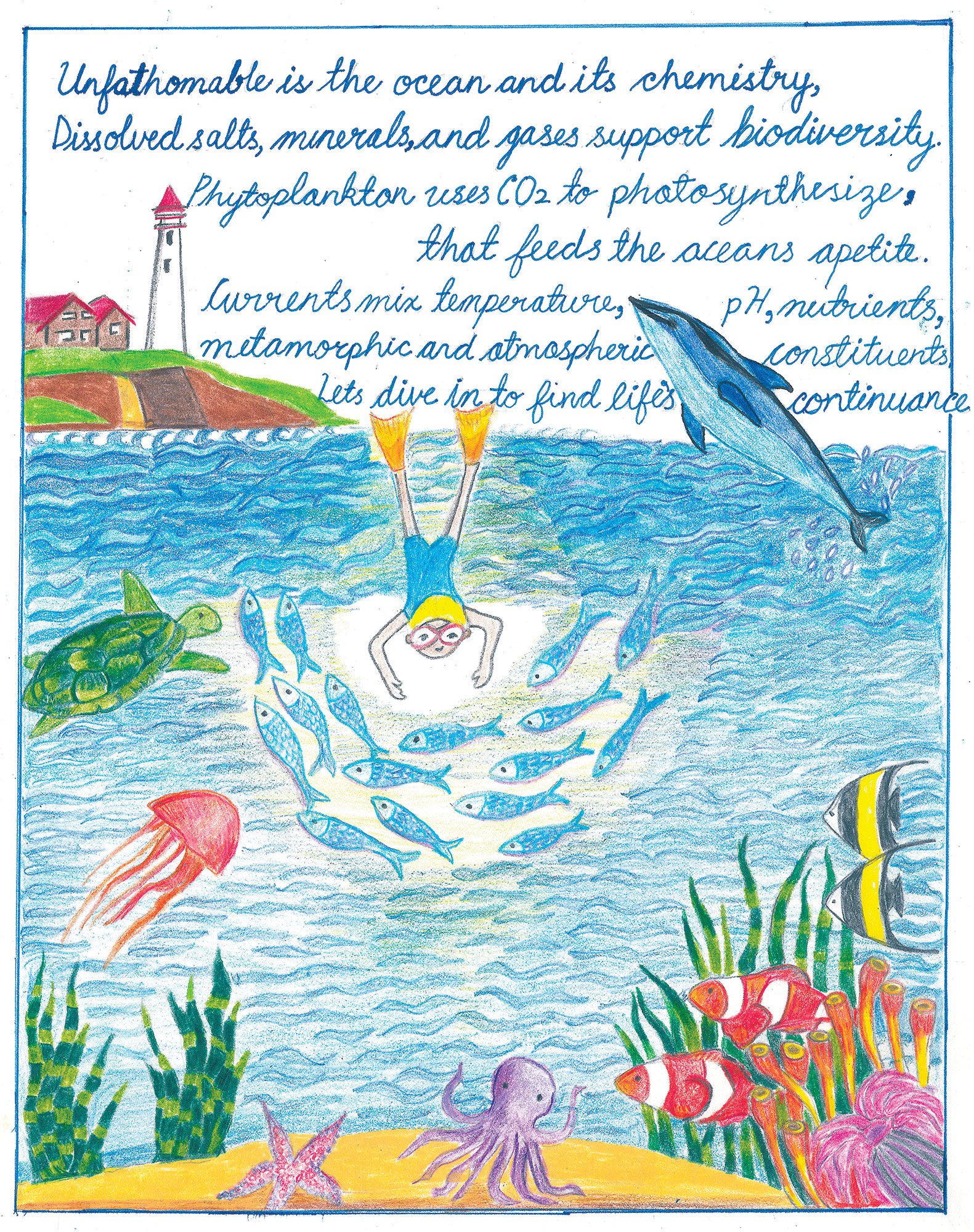 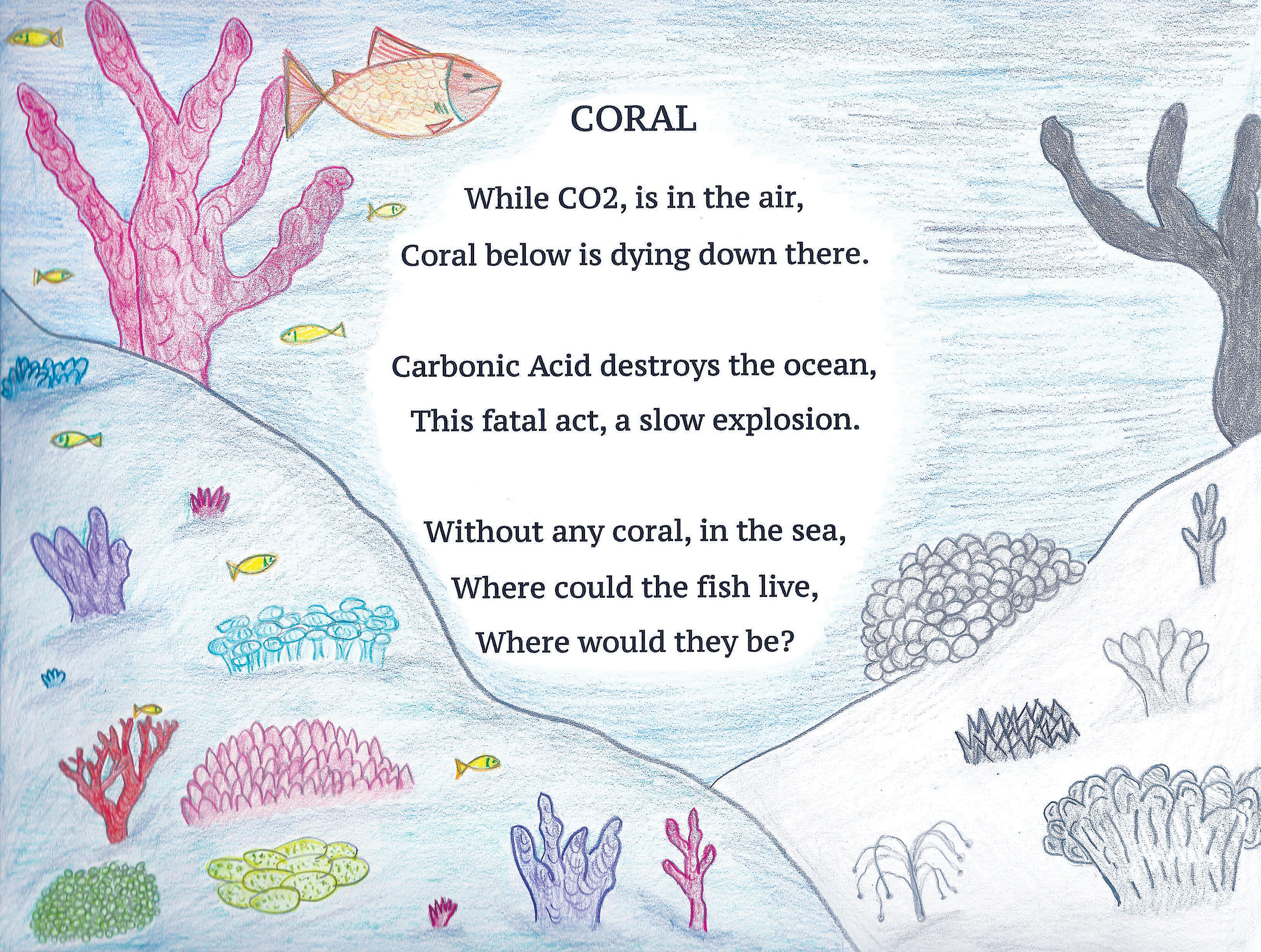 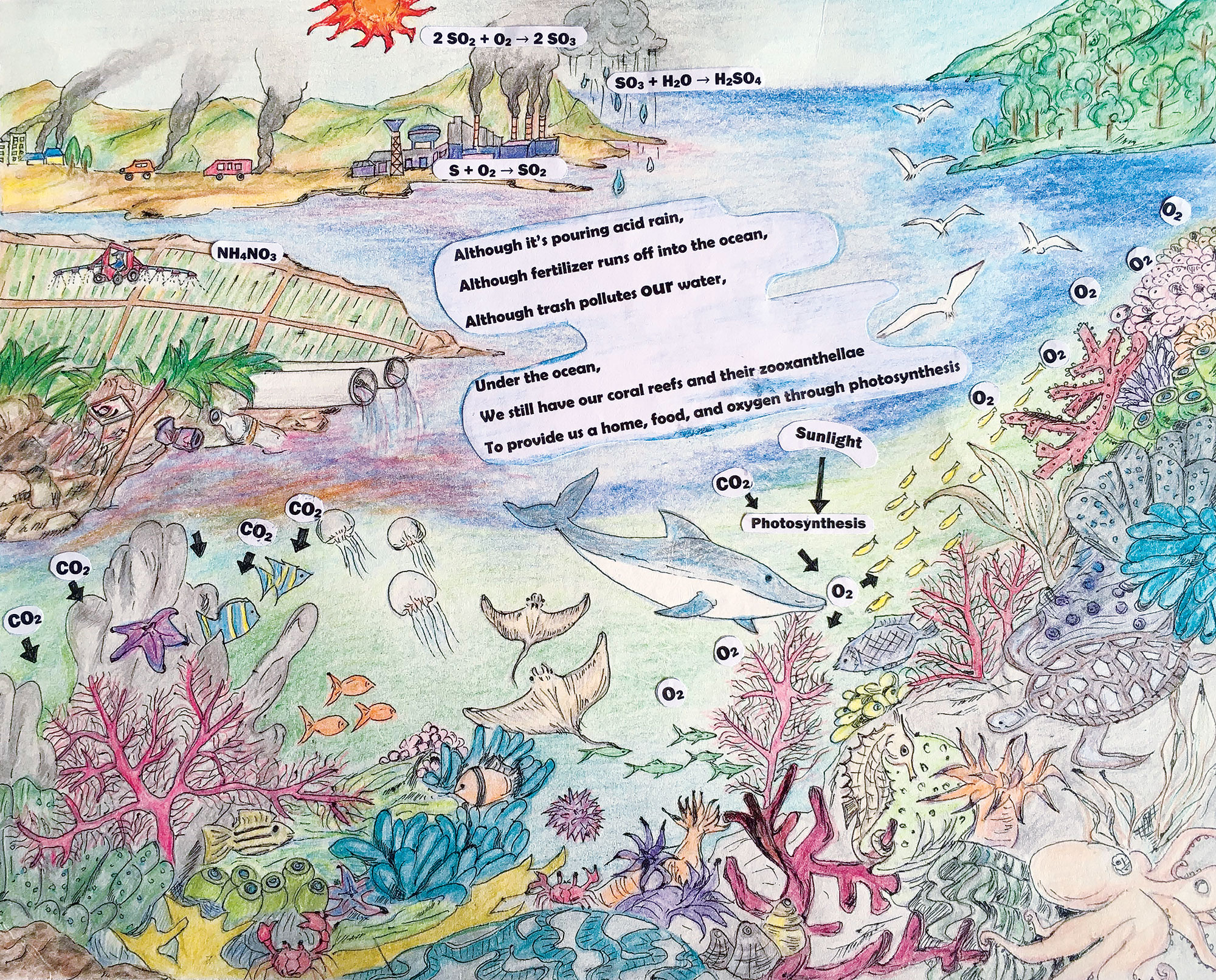 “CCED was developed as a pilot to celebrate and highlight the positive impact of chemistry on the environment,” says Michael McGinnis, chair of the Committee on Community Activities, which coordinates CCEW in collaboration with the ACS Office of Science Outreach. “With local sections and student chapters expanding programing analogous to National Chemistry Week, it was natural to promote CCED to CCEW on its 15th anniversary.”

Like National Chemistry Week, CCEW unites ACS local sections, student chapters, technical divisions, businesses, schools, and individuals in communicating the positive role that chemistry plays in the world. “It is important for chemists to demonstrate to the public the chemistry of and the good that chemistry imparts on sustainability and the environment,” McGinnis says.

A majority of ACS’s 185 local sections participated in this year’s celebration, and more than 74,000 copies of the publication “Celebrating Chemistry” were distributed in English and Spanish. In addition, eight student winners were named in the Illustrated Poem Contest.

Winners were also selected for the 2018 CCEW Look & Learn Video Contest for ACS student chapters. The first-place winner was a student chapter from Gordon College for its video titled “ABCs of Ocean Acidification.”

The following are highlights of CCEW activities around the U.S.:

The Alaska Local Section partnered with area universities on several events, including hands-on activities at the University of Alaska Anchorage Planetarium and a public lecture by Joe Vinson of the University of Scranton about his research on chocolate and marijuana.

The Ames Local Section treated students to a chemistry show at the Iowa State University Planetarium.

The Erie Local Section planted marigolds and zinnias in celebration of Earth Day and held an event at Perry Square in downtown Erie, Pa., to coincide with the Erie Climate Reality Project and the Women’s March.

In the Kalamazoo Section, volunteers set up tables at a local park and engaged the public in hands-on activities.

The Kansas City Local Section organized a tour of the Rosecrans Air National Guard Base.

The Kentucky Lake Section performed hands-on activities for more than 150 students at an elementary school and for more than 300 people at Jackson City Park.

Volunteers from the Nashville Local Section engaged the public in hands-on activities during the Nashville Earth Day Festival. Volunteers served as “rubbish wranglers” to raise awareness about proper recycling. The section also organized a science café at a museum and hand-on activities in schools.

In the New York Section, volunteers participated in the 7th annual “Walk the Brooklyn Bridge” event. More than 225 Earth Day enthusiasts gathered at Pace University to begin the celebration. Before the walk, keynote speaker Katriina Ilves of Pace University delivered a talk on ocean chemistry’s impact on marine life.

The Northeastern Section hosted hands-on activities for more than 700 visitors to the Museum of Science in Boston. Activities included learning about ocean acidification, bioluminescence, cleaning oil spills with chemistry, and water quality testing.

In the Northern New York Section, fifth- and sixth-grade students at St. Mary’s Catholic School in Canton and at Plattsburgh High School were treated to hands-on activities.

In the Permian Basin Section, the ACS student chapter at Midland College set up outreach activities at the West Texas Food Bank, and volunteers helped clean up the area outside the food bank.

Credit: JaimeLee Rizzo
A group from the New York Section walks across the Brooklyn Bridge.
Credit: Erica Marti
Girls try their hand at disappearing ink during an activity of the Southern Nevada Section.

In the Savannah River Local Section, volunteers from the Younger Chemists Committee hosted a booth at Earth Day Aiken. Activities included learning about the buoyancy of objects in salt water compared with fresh water, how blubber keeps whales warm, and how increased carbon dioxide affects the ocean.

The Southern Nevada Section hosted a booth at the ninth annual GREENFest in Las Vegas. Several hundred kids and adults stopped by the ACS booth and engaged in hands-on activities.

Next year’s CCEW theme will be “Take Note: The Chemistry of Paper.” Planning is now under way for the 2018 National Chemistry Week from Oct. 21 to 27 with the theme “Chemistry is out of This World.” ACS will host a chemistry day at the Smithsonian National Air & Space Museum in Washington, D.C., on Mole Day, Oct. 23. Visit www.acs.org/kidszone for more ­information.