Helium is best known as the lightweight gas that keeps balloons aloft. Numerous technologies also rely on the element, for example, as a refrigerant and gas that helps enclosed atmospheres remain inert. Now, a study shows helium can play a role as peacekeeper between bickering atoms (Nat. Commun. 2018, DOI: 10.1038/s41467-018-03284-y). An international team of researchers led by Maosheng Miao of California State University, Northridge, and the Beijing Computational Science Research Center has developed a theoretical model that explains how some helium compounds that would otherwise be unstable under tremendous pressures—such as in the interiors of planets—can remain stable. The model (shown) explains that in ionic compounds with unequal numbers of cations (A) and anions (B)—for example, ones with A2B stoichiometry—extreme pressures drive like-charged ions together, causing repulsion and instability. At those pressures, helium can take up a position between repelling ions and alter long-range coulombic interactions, thereby stabilizing the compounds. The study helps explain the recent surprising observation of stable high-pressure helium-sodium compounds and predicts that helium may be found in other compounds in Earth’s lower mantle. 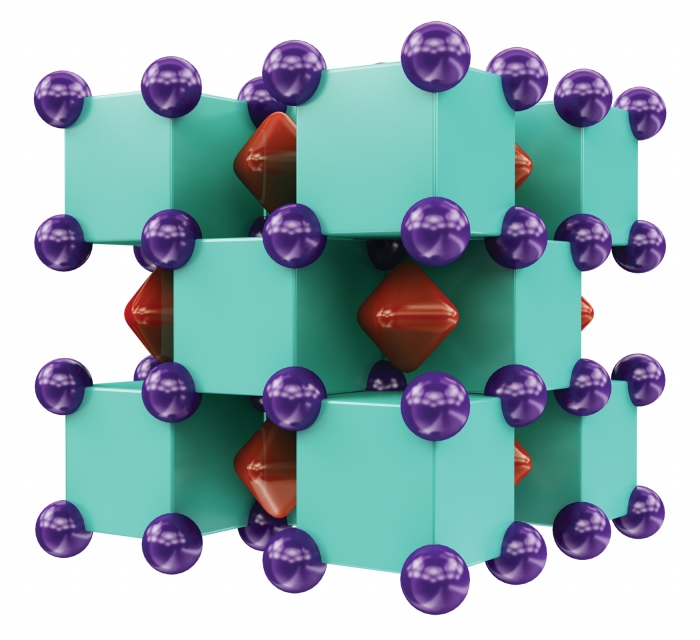