The Future of Chemistry: Part Eight

Scientists are pushing chemistry to help us go faster, farther, deeper, and higher.

Watching a video of the deep sea can be mesmerizing: Bioluminescent organisms glow in murky water while bizarre creatures swim into the shot, surprising us. To capture these images, filmmakers have had to descend to depths extreme enough to crush even submarines. That these filmmakers have been able to venture down this far is a credit to scientists—the ones who’ve developed materials strong enough to withstand such brutal pressure.

Take, for example, Trieste, a bathyscaphe (deep-ocean research vehicle) designed by inventor Auguste Piccard. In 1960, Piccard’s son, Jacques, and U.S. Navy Lt. Don Walsh used the vehicle to descend to a record depth of about 10,916 meters in the Pacific’s Mariana Trench. Their feat was so extreme, it has not yet been matched—not even by “Titanic” film director James Cameron, whose Deepsea Challenger submarine descended to 10,898 meters in 2012.

As we forge ahead to even greater extremes, we’ll need to continue pushing the boundaries of chemistry and innovation.

Brute-force engineering has taken humans to the deepest known part of the ocean, and chemistry plays a vital role in opening up these harsh environments for further exploration. Technologies such as Raman spectrometers are used to gather data about the chemical composition of objects on the ocean floor. Lead zirconium titanate, a piezoelectric ceramic used in transducers and sensors, has been shown to withstand pressures of 27,000 psi—even greater than those found in the Mariana Trench.

Meanwhile, the deep-sea activities carried out by the oil and gas industries contribute to the development of high-performance materials, such as seals and valves based on fluoroelastomers, that allow operational drilling at extreme depths.

Hostile conditions are not limited to the natural environment; they may be human-made. Imagine the extraordinary heat of a jet engine or the corrosive effects of acids used in manufacturing, for example. To develop materials and products fit for these conditions, chemists have had to devise groundbreaking products that provide resistance and protection.

And this is only the beginning. As we forge ahead to even greater extremes, we’ll need to continue pushing the boundaries of chemistry and innovation.

It takes about 22 hours to fly from London to Sydney. Imagine if it took 50 minutes.

This would be a reality in a hypersonic vehicle traveling above Mach 5. But the friction generated by this speed produces such superheated conditions that this future vehicle would have to be fitted with powerful thermal protection systems. Luckily, tantalum carbide (TaC) and hafnium carbide (HfC) offer precisely the ultra-heat resistance that hypersonic vehicles would demand, according to Imperial College London researchers and colleagues (Sci. Rep. 2016, DOI: 10.1038/srep37962).

TaC and HfC are ultra-high-temperature ceramics, well-known for their excellent heat resistance. Still, it had not been possible to test just how far they could be pushed. To carry out their work, then, the Imperial team developed new laser-heating techniques that melt TaC at 3,768 °C and HfC at 3,958 °C—the highest-ever recorded melting point for any material. This means TaC and HfC are candidate materials for applications in hypersonic vehicles as well as in other ultrahot environments, such as nuclear reactors, according to Omar Cedillos-Barraza, who worked on the study. “Since new designs require operating temperatures above 2,000 °C, the so-called ultra-high-temperature ceramics are the only materials that could withstand these extreme conditions and environments,” explains Cedillos-Barraza, now a professor of mechanical engineering at the University of Texas, El Paso.

Cedillos-Barraza believes that improving the oxidation resistance of the ceramics and understanding the changes they undergo in harsh conditions, such as during atmospheric reentry, are the main challenges researchers face. “We would need to understand the chemistry,” he says. “If we are able to predict and suppress or diminish the reactions at these extreme conditions, we would be able to see these materials in use in the near future.”

Some materials have proved themselves to be particularly adept at withstanding harsh conditions. Because fluoroelastomers can resist extreme temperatures, aggressive chemical reactions, aging, and ozone, they’re used in seals, valves, pumps, hoses, and more in the aerospace, chemical, and petroleum industries. As such, the market for fluoroelastomers is expected to grow at a compound annual rate of 4 to 5% between 2014 and 2020, according to a 2017 Future Market Insights report.

Researchers are finding novel ways of exploiting fluoroelastomers in corrosive environments. One direction is in high-performance composite materials. Researchers from the University of Perugia and the University of Trento in Italy and the Institute of Polymer Science and Technology in Spain recently developed and modeled a paraffin and graphene film that can be laminated onto fluoroelastomers to produce a functional coating with electrical and anticorrosive properties.

“In our work, we exploit the self-adherent properties of paraffin to transfer graphene nanoplatelets on it,” explains University of Perugia associate professor Luca Valentini. “We show that such a conductive film, reversible even under high strain, serves also as a packaging system” because it reduces the fluoroelastomer’s swelling in ethanol.

The team is also evaluating the use of carbon nanotubes for new composites, offering more opportunities to develop novel high-performance materials crucial to future energy requirements. 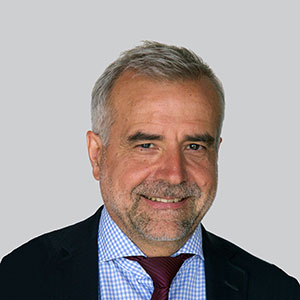 Jean-Marc Imbert, Global Product Manager at The Chemours Company, looks at how the chemistry of Viton™ fluoroelastomers keeps pace with our evolving world to deliver peak performance.

The urge to explore pushes us to uncover the secrets of extreme environments, from the bottom of the sea to the cold of space. As we explore the new front lines of sustainability and efficiency, we’re finding extremes that exist much closer to home. Fortunately, we at Chemours have materials like Viton™ fluoroelastomers, which are designed to withstand the harshest conditions—especially when those are found in your garage.

High-efficiency, small-displacement automobile engines wring more power out of every drop of precious fuel. That leads to higher operating temperatures and engines that must stand up to bitterly cold starts and sweltering running temperatures. That’s where Viton™ fluoroelastomers come in. Since Viton™ maintains its elastomeric properties from deep freeze to deep desert, it can safely keep quiet, high-efficiency engines running smoothly. Fluoroelastomers like Viton™ have stable chemical bonds in the backbone and cross links of the polymer that contribute to its heat resistance.

Viton™ is celebrating its 60th birthday this year, but it continues to adapt to our evolving world. As the demands for efficiency increase, Viton™ must keep pace, maintaining its unique properties in ever hotter, colder, and more reactive environments. Yet you might also find it in a somewhat less challenging environment—your wrist. Since Viton™ is resistant to oils, light, and heat, and is also extremely stain resistant, it can stand up to five years of hard wear as a watch band without losing its premium look and feel. So the next time you check your smart watch, think just how capable that humble-looking band really is.

READ MORE ON HOW CHEMOURS MEETS THE
CHALLENGES OF OUR OFTEN DEMANDING, EVOLVING WORLD AT:
chemours.com/automotive-innovation

That Valentini and his team are taking advantage of graphene’s unique qualities is no surprise. For demonstrating the exceptional properties of this form of carbon, Andre Geim and Konstantin Novoselov of the University of Manchester received the Nobel Prize in Physics in 2010.

As the world’s thinnest two-dimensional material, graphene lends itself to extreme applications. An ultralight material, it is one-millionth the diameter of a human hair, 200 times as strong as steel, and incredibly flexible, and it functions as a superconductor and extreme barrier—not even helium can pass through it. Described as a “disruptive innovation” for its ability to turn traditional thinking on its head in industry and research, graphene has much to contribute to the future of chemistry.

“Graphene has a unique set of desirable properties—strength, conductivity, and barrier properties, for example,” says Liam Britnell, a research associate at the National Graphene Institute at the University of Manchester. “When used in combination, these properties can open up completely new applications.”

Armed with such powerful materials, humans can continue their quest to transcend limitations.

The material’s thermal and electrical properties make it ideal to help protect satellites and probes in space, for example. Graphene creates almost perfect barrier coatings that can help protect surfaces from corrosive substances. “Graphene’s properties have been measured down to almost absolute zero temperature and in an almost perfect vacuum,” Britnell adds. “In fact, in that environment, it actually works even better.”

Chemistry at extremes is full of superlatives: Lead zirconium titanate can withstand pressures greater than those found in the Mariana Trench, hafnium carbide has the highest-ever recorded melting point, and graphene is the thinnest 2-D material.

Armed with such powerful materials, humans can continue their quest to transcend limitations. They can go faster, travel higher, or—in the case of Jacques Piccard and Walsh—dive deeper.

Read more on how The Chemours Company meets the challenges of our often demanding, evolving world at:
chemours.com/automotive-innovation