The Future of Chemistry: Part Seven

Last November, the National Aeronautics and Space Administration launched a geosynchronous satellite, the GOES-16, designed to revolutionize weather forecasting. The spacecraft features high-definition image capture of hurricanes (in near real-time), floods, wildfires, and volcanic-ash clouds; it can help issue thunderstorm and tornado warning alerts; and it allows for advanced tracking of solar activity and flares. Satellites like the GOES-16 allowed the National Oceanic and Atmospheric Administration’s Weather Prediction Center to accurately predict the historic, devastating rainfall and damaging winds of Tropical Storm Harvey and Hurricane Irma long before they reached the U.S. southern shores.

Giant, deployable, solar-powered wings on this satellite, and spacecraft like it, help propel these units after launch. To prevent wear, these units are treated with low-vapor pressure lubricants—substances traditionally made of oil or grease to reduce friction and wear in machines with moving parts.

Since spacecraft don’t have access to routine maintenance after launch, they must be able to persist and function, untouched, over as long as a decade or two. No matter how carefully selected, greases or oils will likely creep away from bearing surfaces. So spacecraft bearings are typically lubricated with materials like molybdenum disulfide, a solid, inorganic, dry lubricant that can tolerate prolonged exposure to the vacuum of space. Self-lubricating coatings composed of molybdenum disulfide and titanium nitride have been developed for similar applications. Some radiation-resistant, liquid, perfluorinated oils are similar to molybdenum disulfide in that they can endure hostile temperatures and vacuums and dramatically extend the life span of bearings.

Really though, there aren’t many practical lubricants for cosmos travel quite yet. And that’s why lubricant innovation now lies at the heart of space exploration. Only with advanced lubricants can spacecraft function over long periods in the face of low ambient pressures, low or no gravity, extreme temperatures, radiation, and atomic oxygen.

In the 1960s, Robert Nelson, a Stanford University professor, introduced a methodology to create a dry-film lubricant, tungsten disulfide—a technology used in NASA’s Mariner space program. Applications for the product expanded into aerospace, defense contracting, robotics, and automotive industries. And by the mid-1980s, molybdenum disulfide—a cheaper dry lubricant—entered and eventually dominated the market.

Since then, graphite, molybdenum disulfide, talc, and poly(tetrafluoroethylene) have joined the solid-lubricant arsenal, finding use in cars and jets. When it comes to aerial transportation, though, chemical components must contend with a unique set of challenges to help stand up to evolving demands.

In 1983, researchers Carl E. Snyder Jr. and Lois J. Gschwender argued that fluoropolymers had an unrealized market potential in aerospace applications because of their excellent performance and stability in extreme environments (Ind. Eng. Chem. Prod. Res. Dev. 1983, DOI: 10.1021/i300011a001). At the time, only poly(tetrafluoroethylene) and fluorinated ethylene propylene were popular as additives used to thicken lubricant greases. Snyder and Gschwender, though, discussed the potential merits of fluoropolymers in hydraulic fluids for commercial aircraft—responsible for energy transmission, lubrication, heat transfer, and contamination control.

Perfluorinated lubricants now comprise a complete range of oils and greases and are used when lasting longevity and extreme resistance are necessary. Examples include automotive heating and cooling systems, or in aerospace, where temperatures exceed 121 °C or fall below –18 °C. They are the go-to materials when contact with oxygen, nitrous oxide, or concentrated ammonia is unavoidable (perfluorinated compounds are nonflammable). “Supersonic flight and space travel would probably not have been possible without the use of perfluorinated materials that can withstand such harsh operating environments,” wrote Durham University chemistry professor Graham Sandford in his 2000 report, “Organofluorine chemistry” (Philos. Trans. R. Soc., A, DOI: 10.1098/rsta.2000.0541).

Airlines are now able to realistically invest in a supersonic-focused future that could slice global travel time in half by the mid-2020s. Engineers at Boom Technology, a three-year-old aerospace company, are working to produce a 45- to 55-seat civilian supersonic aircraft capable of flying up to Mach 2.2 (which is 2,337 km per hour). While the retired British-French turbojet Concorde broke the sound barrier on its cross-ocean trips (flying at Mach 2.04), Boom will be able to do so with a commercial jet that’s economically feasible. 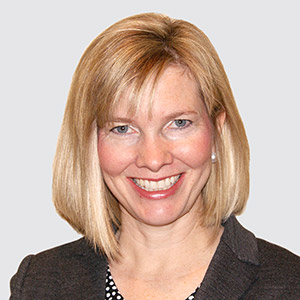 Denise Dignam, Global Business Director at The Chemours Company, looks at how the chemistry of lubricants will continue to evolve to meet the demands of the future.

We at The Chemours Company try hard to keep business running smoothly. For those of us who work with Krytox™ lubricants, though, that’s not just a metaphor. Our product keeps entropy at bay, in industries ranging from automotive to deep space exploration, from electronics to communications.

New, hotter-running fuel-efficient engines depend on “lube for life” perfluoropolyether lubricants to function. Our connected world is crisscrossed by undersea cables carrying electricity, data, and communications. Krytox™, which seals out water, helps maintain the integrity of the cables at the bottom of the ocean.

Krytox™ is also found far from the ocean—in space. Since it doesn’t evaporate or burn up, Krytox™ ensures that crucial actuators move—despite vacuum conditions—and move safely, despite high-oxygen environments.

Since Krytox™ can handle the rigors of space, just imagine the new uses it can be put to here on earth. Silent-running electric vehicles won’t be able to hide squeaks and rattles without the roar of an engine. Enter perfluoropolyether lubrication, which can permanently silence vibrations from interior components (without degrading them), keep switches operating smoothly, and lubricate moving parts throughout the life of a vehicle. Krytox™ even plays a big role in electronics, both through keeping fabrication plants running smoothly and by making consumer products that stand up to daily use.

Daily use. That’s the essence of the story of lubrication. Products like Krytox™ solve problems for engineers, and these solutions make life better for everyone. We have yet to reach the limit of lubrication chemistry. Our chemists and engineers remain committed to finding more solutions—more answers that our customers crave. Fortunately, we all have a passion for keeping progress on a smooth and steady path.

THE PLIGHT OF SPACE FLIGHT

NASA aims to send humans to Mars by the 2030s, but the quest for high-performance, space-worthy lubricants has met with extraterrestrial setbacks. All machinery erodes with time, but spacecraft are particularly vulnerable because they’re exposed to intense temperatures, radiation, and the vacuum of space. Certain types of spacecraft could be dormant for years while waiting for crew members to arrive on the red planet. This waiting time demands autonomous technology systems—or advanced alternative materials and processes—that grant Earth-independent system maintenance that would thrive in Mars’s atmosphere.

When it comes to engineering economically and environmentally viable lubricants in the coming age of space colonization, researchers must scrutinize each possible product. The key question: “Is there something this can do that nothing else can do?” asks Robin Rogers, founder of 525 Solutions, a company that develops ionic liquid technologies for the medical and materials fields.

Though spacecraft oils and greases traditionally relied on a synthesized hydrocarbon for chemical and physical stability, synthetic perfluoropolyether-based oils and greases are appealing alternatives. Largely unaffected by vibration, heat, pressure, rocket-fuel chemicals, and oxidizers, they also resist radiation. In addition, extreme temperatures, from –70 °C to 399 °C, don’t affect the lubricity and viscosity of these oils and greases, meriting their usefulness in bearings and seals for valves, pumps, space suits, and oxygen-breathing systems.

Improper lubrication has been cited as a primary cause of spacecraft defects and degradation.
Photo courtesy of NASA

As another potential solution to these challenges, Rogers lauds the functionality of ionic liquids—liquid salts that, when added to lubricants, can enhance the tribological interactions between two sliding surfaces. “Whenever you need to use a liquid in space, you should make that liquid an ionic liquid,” says Rogers. “You can design it so that it won’t evaporate. For an ionic liquid that has no vapor pressure, low-gravity, vacuum-type applications are great.”

Because their chemical forces hold ionic liquids together, they’d function well in zero gravity and the cold temperatures of deep space. Although these lubricants may break down under extreme heat, Rogers says the breakdown may not be a bad thing, since, “in a lot of the mechanisms I’ve seen, the lubrication effect comes from the decomposition of the ionic liquids and its subsequent reaction with the surfaces it touches.”

Improper lubrication has been cited as a primary cause of spacecraft defects and degradation. In planning future deep-space missions, this problem becomes especially profound: Machines traveling greater distances for longer periods of time will need exponentially more-reliable lubrication systems.

To fulfill its greatest ambitions—future lunar and planetary missions—NASA will need autonomous lubrication systems. Such systems must be capable of operating in an austere range of temperatures within the vacuum of space, all the while tolerating caustic extra-planetary environments. Advances in lubricants will help propel these missions forward.