Brought to you by

The Future of Chemistry: Part Five

To see the power of chemistry, there's
no place like home

For decades past and future, chemical innovations indelibly impact how our homes look, feel, and function.

In 1972, George Gray, professor at the University of Hull in the U.K., revolutionized the world we live in by synthesizing a molecule called 5CB, also known as 4-cyano-4’-pentylbiphenyl. For the first time, this liquid crystal produced a bright, clear color display at room temperature. Eventually, it led to modern display screens found on many of our home products and appliances: televisions, refrigerators, clock radios, microwaves, thermostats, streaming music players, e-readers, phones, tablets, and laptops. If you’re reading this on a flat-screen device, in a sense, you’re staring at Gray’s chemical ingenuity.

This is just one of many scientific innovations that have influenced the course of everyday events since the Age of Enlightenment. Chemistry has significantly shaped the world, right into our very dwellings. All we have to do is walk around our homes to see its effects.

Chemistry’s creations have transformed American homes. From the Industrial Revolution to the Digital Age, the chemical industry has not only adapted to lifestyle transitions and shifting consumer demands but also helped shape them.

The world is on the brink of another paradigm shift, and innovations such as 5G telecommunications and the Internet of Things may usher in an unprecedented invention revolution. Cheaper, power-efficient, multifunctional materials are desperately needed to keep up with rapidly evolving advances in smart technology. Turning these ideas into pragmatic and economic realities depends on equally smart and fast-paced innovation from the chemical industry.

As the Age of Digital Information meets a new Age of Automation, the future of a happy home will lie at the intersection of convenience, chemistry innovation, and sustainability, as homeowners demand more performance from ever more eco-friendly, energy-efficient, and interconnected smart-home upgrades. “Materials science will play a role in making every aspect of your home more energy efficient, more cost efficient, more comfortable, more livable,” notes Jonah Erlebacher, department chair and professor of materials science and engineering at Johns Hopkins University.

Here's a look at how far chemistry has brought our homes and how much further chemical innovations in our homes may go:


REFRIGERATORS To keep meats and fruits cold at home, people had used iceboxes—literally boxes with ice in them. But a new technology was heating up: electric refrigeration. Refrigerators became household staples in the 1950s. Ammonia was among the early refrigerants, but its leaks were toxic. Freon™ brand refrigerants, patented in the 1930s, became a safer refrigerant choice for many manufacturers.

COAL FURNACES AND STOVES The most readily available type of coal for heating purposes, bituminous coal, was inexpensive but environmentally unfriendly. Burning this coal gave off sulfur dioxide, which led to acid rain. Anthracite coal, on the other hand, doesn’t give off tarry hydrocarbon vapors. A popular choice for coal stoves, anthracite provided a safer, low-sulfur option and left no creosote buildup in chimneys.

AIR-CONDITIONING UNITS Freon™ also worked as a coolant in air conditioners and was used in the more than 1 million units sold in 1953. The accompanying chlorofluorocarbons motivated manufacturers to seek more sustainable solutions.


NON-STICK COOKWARE Looking for refrigerants safer than sulfur dioxide and ammonia, chemist Roy Plunkett stumbled on a happy accident: the white, slippery powder polytetrafluoroethylene (PTFE)—trademarked in 1945 as Teflon™. By the 1970s, Teflon™ coatings were being used on nonstick cookware, which slipped its way into millions of homes. At the same time, PTFE also appeared in oils for lubricating internal combustion engines and was used in a variety of automotive treatments and manufacturing applications.

HEAT PUMPS Solar-powered, absorption-cycle heat pumps debuted in 1973. Relying on the refrigerant cycle and using hot refrigerant gases in the heating process, the heat-pump units could also provide air-conditioning. These pumps seemed to be an ideal tool to lower air pollution and decrease fossil-fuel consumption. (Oil and gas shortages led to two 1970s energy crises—one in 1973, the other in 1979.) By 1978, heat pumps were used in more than 1.4 million U.S. homes.


COMPUTERS The semiconductor industry treated silicon like gold through the early 1990s, as tiny silicon chips etched with integrated circuits performed many functions. As such, industry leaders such as IBM, Apple, and Microsoft soon sought cheaper hardware materials capable of more advanced applications. Chips with aluminum interconnects became the industry standard by the mid-1990s, and in 1997, IBM shocked competitors when it made smaller, faster, cheaper microprocessors out of copper interconnects. Microprocessor speeds increased 15 percent because copper wires are about 40 percent better than aluminum at conducting electricity.

HEAT VIA NATURAL GAS, ELECTRICITY, AND OIL Cleaner heating fuels like natural gas, electricity, and oil almost entirely replaced coal furnaces. While American homes burned more than 50 million tons of coal in 1950, that amount shrunk to less than 500,000 tons by 2000.


FLAT-SCREEN TVs Plasma displays were the first flat-panel TVs to market, using electrically ionized gases to form the picture. But the process was energy inefficient and had too many limitations: Plasma screens could be stretched to only 64 inches, for instance. Then Gray and his team’s aforementioned 5CB discovery came along: colorful, liquid-crystal displays (LCDs) viable at room temperature. Their arrival on the consumer electronics scene sparked a multibillion-dollar industry, rivaling plasma. LCD screens currently use nitrogen trifluoride, which replaced perfluorocarbon.

INSULATION Fiberglass insulation was mandated in home construction back in the 1960s, but recent innovations such as polyurethane spray foams—fluoroproducts rooted in hydrofluoroolefin chemistry—increase home energy efficiency with a low global warming potential. Traditional hydrofluorocarbons contain only a single bond between carbon atoms, while these hydrofluoroolefin products boast a double bond, which breaks apart more readily in the atmosphere. These foam products conform to any shape, reduce air leaks, moisture, and mold, and improve building energy efficiency, comfort, and indoor air quality.

SAFER LAWN AND GARDEN PESTICIDES The U.S. Environmental Protection Agency has approved dozens of nontoxic female insect pheromones, or chemical sex attractants, as active ingredients for pest control. Releasing synthetic concentrations of pheromones into the environment confuses male insects, prevents mating, and reduces the pest population without harming other insects, pets, or humans. Until now, synthetic pheromones have been expensive to produce. But the olefin-metathesis method—a catalytic process in which two compounds exchange ions and a development that won the 2005 Nobel Prize in Chemistry—yields mate-disrupting compounds using inexpensive materials such as plant oils and low-molecular-weight alkenes.

THE CHEMOURS COMPANY:
PRECIPITATING THE CONVERSATION 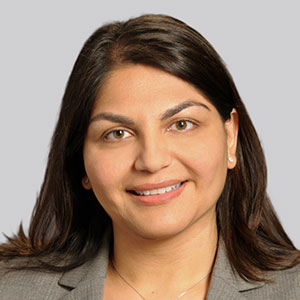 Jesal Chopra, Global Business Director at The Chemours Company, shares how chemistry will make life in tomorrow’s home even easier and more sustainable.

The progression of modern society owes a great deal to science and engineering, and a large part of this evolution is due to the chemistry at work within the home. Your house, like mine, is as much a product of chemical invention as it is of structural engineering and architecture. In fact, while chemistry drives advances across every industry and commercial segment, it is in the home where we can most clearly see modern chemistry innovations at work.

Indeed, the future will be written by this chemistry. This includes the home of the future, which will be a smart home, enabled by artificial intelligence and wireless technology. By using high-speed wired and wireless technology and communications, your future home will prepare itself for your return. Your fridge will order the milk you’re running out of, and your washer will do the laundry during off-peak hours for electric rates. This and much more will become common because of chemistry. Consider that Teflon™ fluoropolymers make smart homes possible at every stage, from integrated circuit manufacture to the communications systems found in smartphones, tablets, and connected devices.

Future homeowners will look for energy efficiency and sustainability. Chemistry makes this possible too. Chemours Teflon™ fluoropolymers are already part of every stage of home and grid clean-energy generation, from films and coatings that increase solar panel efficiency to battery management systems used to store energy. Not only will new foam-blowing agents and refrigerants such as our portfolio of Opteon™ products keep our future homes comfortable more efficiently, but they will do so while having zero ozone depletion potential and low global warming potential.

Future large-scale infrastructure and industry will mirror these at-home trends. Connected factories have combined fluoropolymer-enabled communications and robotics to usher in an era of highly efficient market responsiveness and mass customization. Low global warming potential refrigerants are dropping into existing and new cold chain infrastructure. Utility-scale clean energy is cost competitive with fossil-fuel generation, in part because of fluoropolymers and flow-battery solutions that use Nafion™ membranes. In sum, no matter where you look, high-value chemistry helps to enable—and even to define—not just the home of tomorrow but the society that surrounds it.

READ MORE ON HOW CHEMOURS IS ADVANCING THE FUTURE OF HOMES THROUGH CHEMISTRY AT:
chemours.com/future-homes

READ MORE ON HOW CHEMOURS IS ADVANCING
THE FUTURE OF HOMES THROUGH CHEMISTRY AT:
chemours.com/future-homes

FUTURE THE COMING AGE OF AUTOMATION


INTERNET OF THINGS As competition heats up among Amazon’s Echo, Google Home, and now, Apple’s HomePod, telecommunications experts are setting up the next generation of 5G—wireless mobile network connectivity (possibly reliant on nitride-based semiconductors), capable of massive machine communication through the Internet of Things. Marco Mezzavilla, a postdoctoral researcher who leads various mmWave-related 5G-research projects at NYU Wireless, is calling for innovation in semiconductor materials. Looking toward the future of communications and chemistry, he sees “a huge need for more power-efficient solutions because of the amount of processing required for ultrafast, gigabit-per-second, ultra-low-latency communications.” Fluoroproducts are one of those ideal materials that is critical to 5G semiconductors because their low dielectric properties enable high bit-rate communications. With fully integrated smart-home products, automated assistance will immediately alert us to maintenance abnormalities in appliances, toxic substances in our surroundings, and ways to increase energy efficiency.

SOLAR ABSORBING PAINT Besides solar roof shingles, “There’s an interest in paint,” says Jonah Erlebacher, department chair and professor of materials science and engineering at Johns Hopkins University. Paint in future homes might contain materials that “clean the air, filter out pathogens, and absorb solar energy that can actually power the rest of your house,” he says.

CHEMISTRY MAKES IT ALL POSSIBLE. To continue introducing paradigm-shifting products for future homes, industry leaders might best integrate past and present ideologies of chemical innovation while also meeting consumer demands and requirements for sustainability. This may be the winning formula to engineer life-changing home improvements.

STAY TUNED FOR UPCOMING FEATURES IN THE FUTURE OF CHEMISTRY SERIES.

The Future of Chemistry: Past Features

Read more on how The Chemours Company is advancing the future of homes through chemistry at:
chemours.com/future-homes