Sponsored Content: What will be chemistry's next big thing?
C&EN Brand Labs

The Future of Chemistry: Part Nine

What will be chemistry's next big thing?

Renowned scientists offer their picks for unsung chemistries that just may change the world.

In 5th-century B.C. Greece, Leucippus of Miletus and his pupil Democritus put forward a new theory stating that all matter was made up of basic units called atomos, or atoms. Atoms, they said, were small and indivisible and existed in a constant state of motion within a void. Within this void, they collided, sometimes sticking together and sometimes bouncing off each other. The way they reacted caused changes in matter.

Throughout history, great ideas have been dismissed, ignored, or taken surprising amounts of time to gain traction.

This concept of the atom was largely ignored for millennia. Despite Leucippus and Democritus’s extraordinary idea, atomic theory was not confirmed until the work of English chemist John Dalton in the 19th century.

Throughout history, great ideas have been dismissed, ignored, or taken surprising amounts of time to gain traction. Right now, researchers are working on discoveries that will change the world. Will they all get the attention they deserve?

In this final installment of The Future of Chemistry series, chemists from around the world name unsung chemistries they believe will be game changers. 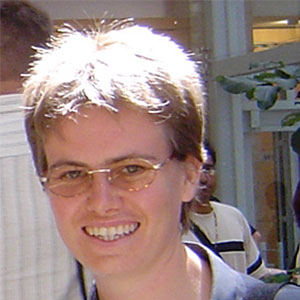 What? Electric fields as catalysts

Why? The use of electric fields as catalysts is not yet commonplace. The first paper demonstrating the process in a nonredox reaction was published in 2016 in Nature (DOI: 10.1038/nature16989). “But I think the potential is enormous and we are just starting to explore it,” Coote says. “The timing is also fantastic, as the use of electrochemistry to trigger chemical reactions is also starting to gain traction as a routine tool for organic synthesis.”

She believes the use of electric fields as catalysts could have high-tech applications in scanning tunneling microscopes and, on a larger scale, in electrochemical cells. “An exciting prospect is harnessing the fields inside cells to catalyze nonredox reactions taking advantage of high fields in the double layer,” she says. “This would be much more scalable.”

Exploiting this technique could also be more economical than traditional methods, Coote says. “Electrical fields have a carbon footprint, of course, but don’t need to be synthesized or removed from a product later. This is the ultimate in atom economy. Through optimization of field strength and orientation, the regio- and stereoselectivity of a reaction can be improved, making reactions more efficient.” 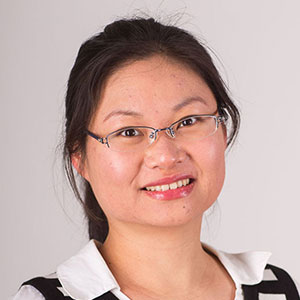 Why? A crucial challenge in future food production will be engineering preservation techniques to reduce food loss during storage, He says. Chemists will develop more effective preservatives, and food chemistry will also transform processing and packaging techniques, she predicts.

Food chemistry will become a vital science as consumers become more selective about their food.
Photo courtesy of NASA

For example, active packaging—in which chemical additives interact with contents—will provide additional protection against food spoilage and make shelf life traceable. “This would be greatly appreciated to enhance global food production and security,” she says.

He also argues that food chemistry will become a vital science as consumers become more selective about their food. “We demand natural, organic, non-GMO, low sugar, low salt, and low fat, but the food needs to be delicious and affordable,” she notes. As natural additives, such as sweeteners and preservatives, become increasingly desirable, He asserts we’ll need good analytics tools for checking purity.

“All these reformulations of our food products require tremendous efforts from our food chemists,” she says. 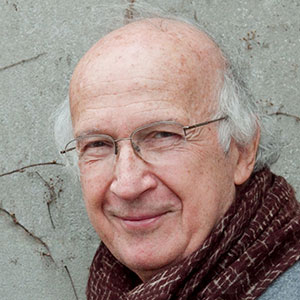 What? Synthesis of novel forms of C, CH, and CO

Why? Roald Hoffmann, who co-won the 1981 Nobel Prize in Chemistry for theories on chemical reactions, thinks we need to change the way we think about carbon, graphane (which is completely hydrogenated graphene), and carbon monoxide. “We need good ways to make reasonably pure forms of these [graphane and carbon monoxide] as well as the many calculated metastable allotropes of carbon itself,” he says. And, he asserts, scientists have only scratched the surface of their chemistry. “Reliable calculations show that benzene is not the most stable form of composition CH,” he says, “but a family of graphanes, two-dimensional polymers, is.”

For Hoffmann, though, it’s not the applications of novel forms of carbon, graphane, and carbon monoxide that are crucial, but rather what they’ll contribute to our knowledge of fundamental scientific principles. 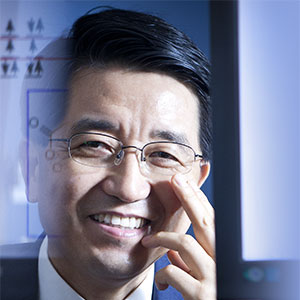 Why? Crystallization, the process by which liquids and vapors become crystalline solids, is an underappreciated chemistry, Hyeon says. Nucleation, the initial stage when crystal patterns start to form, shows the most promise for future applications.

Apart from abstract thermodynamic models, scientists have a limited understanding of how the atoms and molecules are actually transformed, Hyeon explains. “Although crystallization is the origin of all atomic order and properties of solid state, the microscopic mechanism of atom-by-atom assembly is still elusive and unclear.” 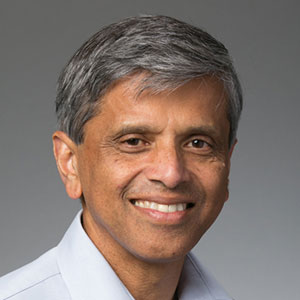 What? Chemical bonds and redox states

Why? Kamat believes tailored chemical bonds and redox states will play a pivotal role in future energy storage, helping make energy supplies more reliable and resilient in the face of power-grid threats. Studies have already shown that photoinduced cis-trans isomerization has the potential for energy storage, he explains. “Similarly, oxidized and reduced states of a redox couple have been explored for large-scale energy storage in redox flow batteries.”

Kamat points out that while the amount of energy that can be stored in each molecule is small, collectively, it can be significant. “A more concerted effort is needed to design new molecules that can effectively capture and store light energy, or electrical energy, and deliver it on demand,” he says.

THE CHEMOURS COMPANY:
PRECIPITATING THE CONVERSATION 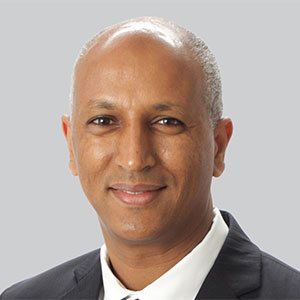 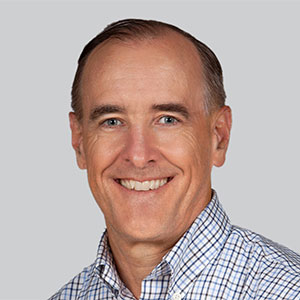 Innovation in the chemical industry doesn’t happen in a vacuum. It’s only through collaboration that the industry can develop cutting-edge applications and products.

We rely on our partnerships with customers to develop and enable market breakthroughs—that’s how we uncover and meet their needs. At Chemours, the market, the customer, and our quest for environmental sustainability drive our core research and development, showing us the problems and challenges faced by end users and society.

For example, one thing our customers ask for is new, more efficient ways to generate and store renewable energy. Collaborating with our partners, Chemours has already made progress, reengineering our product NafionTM.

Our customers also demand improved product performance while reducing the footprint associated with manufacturing the product—a challenge Chemours is willing to meet. Today, we enable our customers to create coatings that last longer and use less paint, thus significantly reducing the amount of energy and materials required to protect structures.

Our industry must also partner with universities to develop a deeper understanding of the science behind our work and to provide new sources of ideas and talent. Such an alliance also helps us in other ways. Few academic institutions today focus on fluoropolymers, for instance. By collaborating with universities, we can help train the next generation of fluoropolymer chemists and engineers, who can help grow our company and advance chemistry itself.

For these reasons and more, Chemours plans to build a new, state-of-the-art research and innovation facility at the University of Delaware’s Science, Technology & Advanced Research campus. Scheduled for completion by 2020, the $150 million, 29,000-m2 facility will employ 330 researchers and help fulfill our quest for innovation.

READ MORE ON HOW CHEMOURS COLLABORATES
TO DRIVE INNOVATION AT
chemours.com/collaborative-innovation 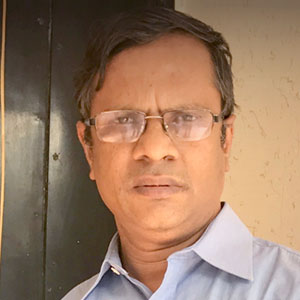 What? Molecular and material composition diagnosis

Why? Sastry predicts that new methods for identifying dangerous and other undesirable molecules in materials will impact areas as varied as security, the environment, food production, and health. Being able to quickly detect molecules used in chemical warfare, explosives, or toxins will greatly improve our quality of life, he explains.

Advanced spectroscopic techniques will be key to identifying the presence of such molecules, he says. Several organizations, including the Organisation for the Prohibition of Chemical Weapons, are already using analytical tools such as nuclear magnetic resonance and mass spectrometry to detect harmful chemicals. Surface acoustic wave detectors, which are devices that separate samples on a membrane and identify agents within them, also have potential. “These efforts, when used wisely and judiciously, will help us to effectively alleviate many bottlenecks in health care, sustainability, and environment sectors,” Sastry says.

His group members are currently looking at how data science and cheminformatics might be used to develop identifiable “fingerprints” for molecules. “While our work is in its infancy, we hope that our computational methods will be of great help in classifying and identifying explosives and chemicals used in warfare.” 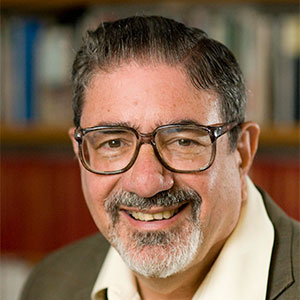 “Droplets can be used in chemical analysis, to understand chemical reactions, and to synthesize chemicals in ways quite different than what takes place in bulk water solutions,” explains the 2010 ACS Priestley Medal winner. “We have shown repeatedly that many reactions can be significantly accelerated by carrying them out in microdroplets.”

Zare and his team most recently demonstrated this in a paper published in Angewandte Chemie International Edition in October 2017 (DOI: 10.1002/anie.201708413). The researchers had previously shown that the addition of water to neat reagents causes an acceleration in chemical reaction rates. Now they’ve found that in aqueous microdroplets, reactions are further accelerated by a factor of 102. “We really do see reactions in microdroplets that are not observed in bulk solution,” Zare says.

It even seems water can serve as an environmentally friendly catalyst in some instances, which, he notes, is “not the usual role envisioned for this most common chemical substance.”

THE FUTURE OF CHEMISTRY: PAST FEATURES

Read more on how The Chemours Company collaborates to drive innovation at:
chemours.com/collaborative-innovation