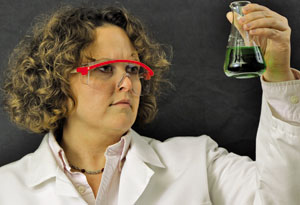 More than 25 years ago, I was meeting with the head of the U.S. arm of a major German chemical company. During our discussion, he said that he believed R&D spending should be treated just like capital spending in financial statements; that is, R&D should be on the statements of cash flows in annual reports instead of on the consolidated statements of income, where they are considered an immediate expense like raw materials, wages, and selling expenses.

He argued that R&D is more like capital expenditures because, as with capital spending, the return on R&D is not immediate. The payoff from new technology and new products may not come for some time after the research is under way, just as the payoff from a plant may not come for several years after plans for the facility have been formulated.

Furthermore, he argued, capitalizing R&D would make it possible to depreciate it over time. Like plants and other capital purchases, R&D loses its value over time. For instance, a new drug may be displaced by a newer, more effective drug, or its value may eventually be driven down by generic versions. The same thing can happen in plastics and other chemical products. Bakelite, for instance, was once much in demand for many applications, but it certainly has faded. And linear low-density polyethylene has displaced much of the market for low-density polyethylene.

Now the idea of capitalization of R&D has caught on at higher levels. The Commerce Department's Bureau of Economic Analysis (BEA) and the National Science Foundation have teamed up to develop a method to capitalize R&D not for individual companies, but for entire industries and for university and government labs—in other words, for the economy as a whole. What the two agencies are doing is finding out how much R&D adds to the gross domestic product (GDP). And the result is not insignificant.

R&D, according to BEA, is a prime example of an intangible asset. Such assets contribute to economic growth, but they are difficult to measure. The agency notes that the first estimates of intangible assets—investments in computer software—were incorporated into its definition of investment in 1999.

Intangible assets are becoming increasingly important components of the knowledge industry, according to the agency. Thus, it wants to expand the availability of data that will allow analysts to understand the role of these assets in economic growth. BEA is currently engaged in research that might allow it to develop similar estimates for health care, human capital, and education.

According to BEA's new method, which is based on NSF data on research, recognizing R&D as an investment increased the U.S. GDP by an average of 2.6% between 1959 and 2002, the most recent year for which data are available. R&D investment and the income flows arising from accumulated R&D capital accounted for 4.6% of growth in real (adjusted for price changes) GDP between 1959 and 2002, including 6.7% of growth between 1995 and 2002.

And BEA found that gross private domestic investment in 2002 would be higher by more than 11%, or $178 billion in current dollars, after recognizing R&D as investment. The 2002 national saving rate would be 16%, instead of 14% without R&D included.

Products that include a high level of R&D, such as pharmaceuticals, computers, and communications equipment, have increasingly short life cycles as new R&D and technologies become available. Thus, although the time it takes to recover R&D costs is shrinking, the value of the R&D also falls each year because the price of older products has to be cut to compete with newer ones. BEA says this means that further research must significantly increase the productivity of new products by lowering costs, increasing sales, or both to maintain "the very high rates of return" found in R&D.

A number of studies of rate of return show an average of 26%. "The dynamism of the R&D sector is clear," BEA notes. "The rates of return to R&D are much higher than the rates of return to other investments." To calculate the value of R&D, BEA has developed four scenarios that are too lengthy to go into here but can be found in the report (bea.gov/bea/newsrelarchive/2006/rdreport06.pdf).

These new R&D data will be included in what are called satellite accounts. These are supplementary estimates that don't change the official national economic accounts such as GDP. But the satellite accounts provide greater detail than do the national income and product accounts, which are used to calculate GDP, and allow analysis of a particular aspect of the economy, in this case R&D.

BEA plans several additional refinements to its estimates; some are scheduled for September 2007 and others, beyond. These include an adjustment for exports and imports of R&D services, improvement of price indexes, and estimates of capital services for R&D. The agency plans to incorporate R&D into the national income and products accounts in 2013.