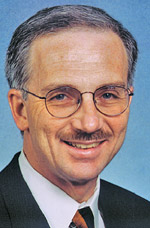 THE OUTLOOK FOR U.S. industrial research and development in 2007 is mixed, according to the Industrial Research Institute (IRI). Compared with 2006, total R&D spending will rise in 2007, with more of an emphasis on applied research and less on basic research, but the number of R&D personnel will remain virtually unchanged.

These are some of the conclusions of IRI's 23rd annual R&D Trends Forecast, which is based on survey responses from 99 of the institute's member organizations. IRI is an association of more than 200 organizations, primarily industrial companies, that collectively invest $70 billion per year in R&D worldwide.

Companies are much more bullish about R&D spending than they've been for years, according to the IRI survey. In fact, some 86% of respondents intend to raise their R&D spending this year. More than one-fourth will boost R&D spending by 5% or more.

IRI does not check back with its survey respondents to assess how closely company forecasts align with actual expenditures in a given year. However, actual spending data can be obtained from the National Science Foundation. NSF's most recent data indicate that companies spent $208.3 billion on R&D in the U.S. in 2004, an increase of 3.8% over the prior year. That increase slips to just 1.1% in inflation-adjusted terms.

Respondents to IRI's survey indicate that their R&D spending as a percentage of sales will remain flat this year, says Jim Scinta, chairman of the institute's Research-on-Research Committee, which conducts the survey. Capital spending is expected to remain relatively steady as well, with only one-third of respondents anticipating an increase above 2.5%.

In divvying up their R&D dollars, companies are focusing more on new products that can be commercialized fairly quickly and less on existing business development and directed basic research, says Scinta, who is manager of heavy-oil technology development at ConocoPhillips. Directed basic research has a commercial target that's expected to be of value to the company in a time frame of five years or more.

"If you look at the history of R&D and great innovations, it's often many, many years of gathering knowledge that suddenly then culminates" in a significant advance, he adds. "It's not that somebody just wakes up one day and suddenly realizes a whole new world. So if you're doing more and more short-term research because you're interested in getting out the next new product, does that mean you're less likely to make a truly radical innovation?"

The hiring picture sketched out by the companies in the survey is also worrisome. "Many R&D people in industry are baby boomers, and it won't be that long before they'll leave the workforce," Scinta says. Yet companies are hiring only enough R&D personnel to replace those who leave. "If you don't bring in people in advance so they can try to learn from the people who are going" to leave, he asks, "will you have a gap in the knowledge transfer and therefore a decrease in the effectiveness of your R&D?

"A brand-new graduate student is not equal to a seasoned, experienced researcher," he adds. "So it seems like there ought to be a period where you have extra people because they're in training, learning from the wave that's about to go out."

ONE FACTOR could ameliorate this situation, however: Companies are increasingly open to outside innovation, according to Scinta. "In the drive to produce more, faster, people have recognized that they can't do it all by themselves. They're looking to partner outside of their own organization, whether that be with universities, federal labs, or other companies."

Companies will rely more on outsourced R&D as well as licensing of other firms' technology. They plan to provide more grants and contracts for R&D at universities and federal labs. And the companies intend to ramp up participation in consortia for precompetitive research, Scinta notes in an article about IRI's forecast. The article can be found in the January/February issue of the institute's journal, Research-Technology Management.