The mission was only supposed to last five years, but Voyager 1 and Voyager 2 just marked the 30TH ANNIVERSARY of their 1977 launches.

And the probes are still chugging along through space. In fact, at 9.6 billion miles from the sun, Voyager 1 is humanity's most remote object. Both probes continue to send reports back to Earth, but it takes a bank of ancient computers to communicate with these electronic dinosaurs.

Australia's Sydney Morning Herald recently visited the spacecraft tracking station in Tidbinbilla, Australia, to get a look at 1970s hardware that is, as the paper puts it, "the world's only means of chatting with two robot pioneers exploring the solar system's outer limits."

"The Voyager technology is so outmoded, we have had to maintain heritage equipment to talk to them," Glen Nagle, the station's spokesman, told the newspaper. "The computers look like the stuff out of old sci-fi movies, with blinky lights and big colorful buttons."

The station also relies on its most experienced engineers to keep the computers running. Engineer John Murray has been working at the Tidbinbilla station for 40 years, and because the Voyager probes are likely to keep transmitting until 2020, he's had to show the younger staffers how to maintain the ancient hardware. "I find it funny that I send people I am teaching to go and get parts for these machines that are older than them," Murray said. 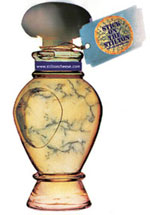 There are some smells that just beg to be bottled—the aroma of baking chocolate-chip cookies, the bouquet of fresh linens, and the scent of STILTON CHEESE.

"Blue Stilton cheese has a very distinctive mellow aroma and our perfumier was able to capture the key essence of that scent and re-create it in what is an unusual but highly wearable perfume that we are very proud to put our name to," said SCMA's Nigel White in a statement.

When we set out to get a sample of our own, however, we found that the cheese board had been picked clean, so to speak. Only a limited number of bottles of the fragrance were made, and SCMA decided not to produce the perfume commercially, said Graeme Anthony, press officer for the association. "The perfume was extremely popular, and even today we still receive requests from people around the world who wish to purchase a bottle," he told Newscripts. 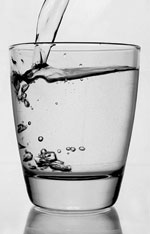 The folks over at the chemistry webzine Reactive Reports have put together some humorous answers to questions on HIGH SCHOOL EXAMS. Here are some of our favorites, misspellings and all:

• To collect fumes of sulfur, hold a deacon over a flame in a test tube.

• When you smell an oderless gas, it is probably carbon monoxide.

• A super saturated solution is one that holds more than it can hold.

Reactive Reports doesn't mention its sources, but Newscripts wonders if any of our readers have similarly silly answers they might want to share.

This week's column was written by Bethany Halford. Please send comments and suggestions to newscripts@acs.org.