Another Trip Around The Sun 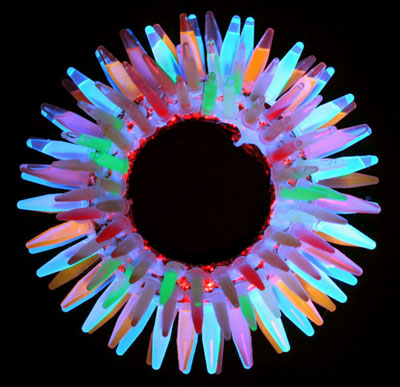 THIS IS THE LAST ISSUE of C&EN in 2008 as we do not publish an issue on the last Monday of the year.

It is hard to believe that we have completed another year—another trip around the sun, in the parlance of the R.E.M. song. It has been an eventful year, for our nation and for the chemistry enterprise.

We reflect on some of the significant events of the year in three stories in this issue. The cover story is our annual "Chemical Year in Review," which has appeared in the last issue of the year since 2002. This year's review was written by Senior Editor Stephen Ritter, who took over responsibility for the feature from Deputy Assistant Managing Editor Stu Borman.

Ritter took a somewhat different approach to the "Chemical Year in Review" than Borman. Out of the several hundred articles published in C&EN in 2008 on important research advances, Ritter chose 12 items to focus on and presents them in roughly chronological order. As he writes in his introduction to the feature, "These choices ... are necessarily subjective, and we do not pretend that they are comprehensive. Indeed, these studies represent only a few examples of the many ways in which chemists are pushing the boundaries of what we know and what we can do."

The research selected by Ritter is fascinating chemistry. Something I find interesting about his selections, however, is that only two of the 12 items he highlights received any attention whatsoever from the mainstream media. And those two items—selection of the winners of the 2008 Nobel Prize in Chemistry and new information on Mars, Venus, and Mercury from space probes—while noteworthy, weren't specific research discoveries.

Great chemistry doesn't make the news. Although that's not news, it's still great chemistry. Who would have suspected that the classic SN2 reaction occurs via two different pathways? In addition to the traditional view of how the reaction occurs, researchers discovered a "roundabout mechanism" in which the nucleophile bumps into the substrate and spins it 360° before substitution and leaving-group displacement occur, Ritter notes. And although we have known since the 1940s that N,N-diethyl-m-toluamide, better known as DEET, is effective against mosquitoes, isn't it amazing that it has taken 60 years to identify the molecule's targets in insects?

This week's lead Business Department story is the annual "Year in Review" for the chemical industry by Senior Correspondent Mark Reisch and Senior Editor Alex Tullo (see page 18). Much of their story focuses on the impact of the recession.

"History will remember 2008 as the year the financial system stood still," they write. "But what began as strictly a financial crisis slowly drew in the chemical industry as the year wore on." Throw in the incredible midyear spike in energy prices, twists and turns on the mergers and acquisitions front, and Hurricane Ike, and you have the makings of what Reisch and Tullo call an "exciting year for the chemical industry." I, for one, could use a little less of this kind of excitement.

Allow me to end on a personal note. The end of 2008 marks the end of my fifth year as editor-in-chief of C&EN. I feel very privileged to lead the team of highly talented reporters, editors, designers, and online personnel who put together C&EN each week. And privileged, too, to have this forum for communicating with you, the readers of C&EN, each week.

Best wishes for the holidays and the new year. And thanks for reading.

Catalysis
Chemists simplify aniline synthesis
Reagents
Food additive enables fast synthesis in water
Synthesis
Chemistry in Pictures: Sea flower
Share X
To send an e-mail to multiple recipients, separate e-mail addresses with a comma, semicolon, or both.
Title: Another Trip Around The Sun
Author: Rudy Baum
Chemical & Engineering News will not share your email address with any other person or company.