[+]Enlarge
Credit: Dow Corning
Polysilicon is used in the production of solar cells. 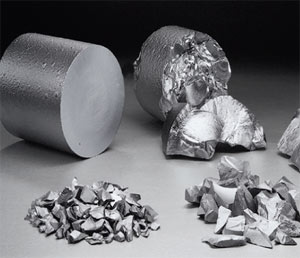 Credit: Dow Corning
Polysilicon is used in the production of solar cells.

The two largest outlays involve Dow Corning and will increase manufacturing capacity for polysilicon and silane (SiH4); both raw materials have been in short supply in recent years.

Hemlock Semiconductor—a joint venture involving Dow Corning, Shin-Etsu Handotai, and Mitsubishi Materials—will spend an initial $1.2 billion to build a polysilicon plant at a new site in Clarksville, Tenn. In addition, Hemlock plans a $1 billion expansion of its current location in Hemlock, Mich., to come on-line in 2011. Overall, the investments may total up to $3 billion and add 34,000 metric tons per year of capacity.

Dow Corning's second investment is in a silane plant to be located next to the Michigan facility. The company, which does not currently make silane, says it will spend "hundreds of millions" of dollars on the plant. Silane gas is used to deposit a thin layer of silicon in the manufacture of thin-film photovoltaics. Because they require less silicon, the cells are cheaper to produce, although they are not as efficient as traditional polysilicon solar panels.

In a separate announcement, Konarka Technologies, a maker of flexible-film solar cells, says it has signed R&D agreements with the French oil and gas giant Total under which Total will get a nearly 20% stake in Konarka and provide the smaller firm with $45 million in funding. The partners will focus on new solar cell components, with Total providing expertise from chemical subsidiaries Atotech, Bostik, Hutchinson, Sartomer, and Total Petrochemicals.

The news stands in contrast to recent spending cuts by chemical companies, but it does not surprise industry watchers. Georgina Benedetti, research analyst for Frost & Sullivan, says the projects were likely triggered by the extension of tax credits for the U.S. renewable energy sector (C&EN, Oct. 20, page 40).

The eight-year extension "provides long-term market stability," Benedetti says. "There was a lot of concern about incentives, and many companies were waiting to see what would happen." Solar developers also expect President-Elect Barack Obama to call for increased spending in support of federal renewable-energy standards.