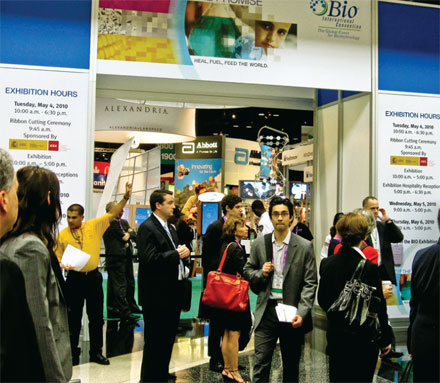 Biotech executives who flocked to Chicago last week for the Biotechnology Industry Organization’s (BIO’s) annual convention came with a degree of optimism that the industry has turned a corner after a tough 2009.

At last year’s meeting, the industry found itself in a “perfect storm” of economic, political, and scientific challenge, BIO CEO James C. Greenwood told attendees. Companies were finding it difficult, if not impossible, to raise money, and managers were worried about the direction health care reform would take, particularly regarding the impact of legislation on generic biologics.

Adding to the positive news, a report from Ernst & Young says the biotech industry turned a profit for the first time ever in 2009.

But the good news comes with caveats. The record levels of funds that have been raised often came through deals with less than favorable terms for small firms. And although the industry turned a profit, it wasn’t because of more robust sales. Rather, biotech companies pared back R&D out of fear of not being able to raise more cash.

The question now is what impact trimmed R&D budgets will have on the new product pipeline in the coming years. “How much of this is cutting not just fat, but muscle?” Giovannetti asks.

At the earliest stages of research, cash from venture funds is still tight, forcing biotech companies to look to alternative sources of financing. The National Cancer Institute saw applications for its Small Business Innovation Research program, which provides entrepreneurs with early-stage funding, jump by roughly 80% between 2008 and 2009. And this year’s SBIR applications look nearly as robust.

“Companies who never would have looked at SBIR in the past because they would have raised money in the venture world are looking at us now,” said Michael Weingarten, director of the SBIR development center.

Indeed, the BIO meeting itself reflected the continued money worries: Attendance was up slightly from last year to roughly 15,000, but the conference has shrunk considerably from the crush of 22,000 attendees who came in 2007.