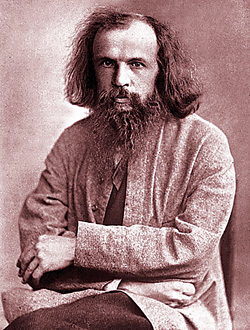 Researchers who study socks, slime mold, swearing, and the fetishes of fruit bats all took top honors at this year’s IG NOBEL PRIZE ceremony, held on Sept. 30 at Harvard University’s Sanders Theatre. Hosted by those acolytes of scientific oddities, the folks at the Annals of Improbable Research, the prizes are given annually for “achievements that first make people laugh and then make them think.”

Those prone to taking a tumble in wintry weather have something to learn from the winners of the PHYSICS PRIZE. Lianne Parkin, Sheila Williams, and Patricia Priest of the University of Otago, in New Zealand, garnered the award “for demonstrating that, on icy footpaths in wintertime, people slip and fall less often if they wear socks on the outside of their shoes.”

For their study, the researchers convinced 30 pedestrians to sport socks over their shoes as they traversed an icy footpath (J. New Zeal. Med. Assoc. 2009, 122, 31). The scientists note that they have no competing financial interests in the study. “In particular,” they write, “none of the authors has financial links with sock manufacturers and none of us own sheep.”

A team led by Toshiyuki Nakagaki of Japan’s Hokkaido University took the TRANSPORTATION PLANNING PRIZE “for using slime mold to determine the optimal routes for railroad tracks.” The researchers, who published the work in the journal Science (2010, 327, 439), observed the slime mold Physarum polycephalum connect 36 food sources patterned on a template that represented cities in the Tokyo area. They then compared the efficiency of the networks formed with that of the Tokyo rail system. This is the second Ig Nobel for Nakagaki, who previously demonstrated that slime mold can solve puzzles.

Do you curse like a pirate when you stub your little toe? It turns out that that streak of expletives could be easing your pain. Richard Stephens, John Atkins, and Andrew Kingston of England’s Keele University won the PEACE PRIZE “for confirming the widely held belief that swearing relieves pain” (NeuroReport 2009, 20, 1056). 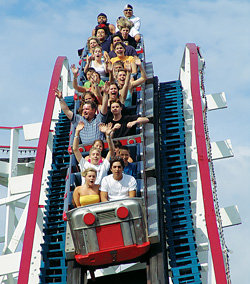 Thrill-seeking asthmatics can breathe a sigh of relief. Researchers in the Netherlands took home the MEDICINE PRIZE “for discovering that symptoms of asthma can be treated with a roller-coaster ride” (Behav. Res. Ther. 2006, 45, 977).

Hirsute scientists, perhaps it’s time for a shave. THE PUBLIC HEALTH PRIZE went to Manuel Barbeito, Charles Mathews, and Larry Taylor of the Industrial Health & Safety Office at Fort Detrick, in Frederick, Md., for their landmark work on “determining by experiment that microbes cling to bearded scientists” (Appl. Microbiol. 1967, 15, 899). Their research showed that beards retained microorganisms and toxins even when washed with soap and water.

This year’s CHEMISTRY PRIZE went to engineers Eric Adams of Massachusetts Institute of Technology, Scott Socolofsky of Texas A&M University, and Stephen Masutani of both the University of Hawaii and BP “for disproving the old belief that oil and water don’t mix.” Their 2005 report on deep-oil-spill modeling activity can be found online at boemre.gov/tarprojects/377.htm.

Finally, for scientifically documenting the mating behavior of fruit bats, researchers in China and England have garnered the BIOLOGY PRIZE. Because C&EN is a family magazine, the Newscripts gang will let you look up the precise findings for yourself. A detailed report of the fruit bat freakiness can be found in the journal PLoS One (2009, 4, e7595).

A recording of the Ig Nobel ceremony can be viewed at improbable.com, and portions of the event will be broadcast on Friday, Nov. 26, as part of National Public Radio’s “Science Friday.”