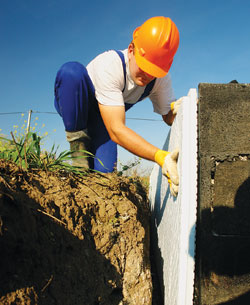 As part of the chemical management reform she launched last year, Environmental Protection Agency Administrator Lisa P. Jackson directed EPA to devise strategies to control chemical substances that have attracted controversy. The agency recently released the last of the action plans for chemicals or families of compounds that Jackson initially targeted for attention.

Those plans, issued in August, cover a brominated flame retardant, a family of surfactants, and azo dyes (C&EN, Aug. 23, page 24). Parts of the chemical industry are critical of each of these blueprints for regulatory and voluntary actions to control the use of or exposure to the substances.

One of the three action plans covers hexabromocyclododecane (HBCD). This brominated flame retardant bioaccumulates, persists in the environment, and is toxic to aquatic organisms, according to EPA. It has been detected in human breast milk, fat tissue, and blood. The agency is also concerned, on the basis of tests in laboratory animals, that this chemical might have adverse effects on human health.

HBCD is getting regulatory attention around the world. The chemical is under consideration for inclusion in global and regional treaties to control persistent organic pollutants. Meanwhile, the European Union has nominated HBCD for classification as a substance of very high concern. Chemicals put into this category will be subject to tough regulation, and companies will need to obtain special authorization to use them in the EU. In addition, Canada has a pending proposal to eliminate HBCD because of environmental concerns.

“HBCD is on its way out,” says Arlene Blum, executive director of the Green Science Policy Institute. This California-based group focuses on reducing the use of organohalogen flame retardants because of human health and environmental concerns.

HBCD is added to polystyrene foam used for insulating homes and other buildings. This insulation boosts the structures’ energy efficiency and is used in many green buildings. EPA’s plan for HBCD acknowledges that alternatives for this substance, especially in polystyrene foam insulation, might not be readily available. Under the action plan, the agency’s Design for the Environment program will assess alternatives to the flame retardant.

The American Chemistry Council, a chemical industry association, backs the continued use of HBCD in polystyrene foam insulation. “The safety of polystyrene foam insulation made with HBCD has been researched extensively and evaluated by regulatory bodies in numerous countries,” ACC says. These include Canada, Australia, and the EU, a spokeswoman for the group tells C&EN.

But Blum says there is concern that HBCD could migrate out of polystyrene foam insulation and end up in building interiors. The flame retardant has been found in dust in homes and commercial buildings, she says.

Some—if not all—of the HBCD in dust found in building interiors likely comes from textiles, such as old upholstery fabric treated with the flame retardant, says Betsy Steiner, executive director of the EPS Molders Association, a group that represents makers of expanded polystyrene products.

HBCD is encapsulated within the polymer matrix of expanded polystyrene products, Steiner says. And the flame retardant in insulating materials isn’t expected to move through drywall or concrete into building interiors, she says. The EPS Molders Association is developing methods to test this hypothesis, she adds.

By the end of 2011, EPA plans to decide whether it will place HBCD on a list of chemicals of concern that might present an unreasonable risk to human health or the environment. Meanwhile, the agency will add this flame retardant to the Toxics Release Inventory, the action plan says. That move would require companies to report annually on their environmental release or disposal of HBCD.

Michael Walls, ACC vice president of regulatory and technical affairs, criticizes EPA’s strategy for HBCD. “It is not clear if the action plan process is grounded in a thorough scientific review, including the review of possible alternatives” that could substitute for the flame retardant, he says.

In its second recently released action plan, EPA targets nonylphenol and nonyl­phenol ethoxylates (NPEs). Nonylphenol is a raw material for making NPEs, which are nonionic surfactants that can break down into nonylphenol in the environment. Nonylphenol is toxic to aquatic organisms, according to the agency, and it biodegrades slowly. 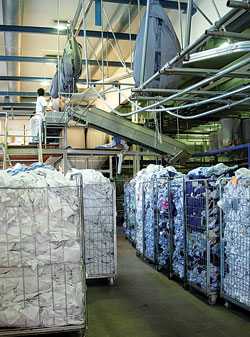 To bring about a voluntary phaseout of industrial laundry detergents containing NPEs, the agency is working with the Textile Rental Services Association of America (TRSA). This group represents commercial laundries, including companies that provide linens, towels, and work uniforms. This past summer, the association and its members agreed to halt their use of NPE-containing liquid detergents by the end of 2013 and of powders that incorporate NPEs by the end of 2014.

“Phasing out NPEs is the right thing to do, but it will not be easy,” says Joseph Ricci, president of TRSA. “There is no single solution to replacing NPEs” because detergent formulations need to be tailored for different textiles and soils, he says.

According to EPA, potential substitutes for NPEs are aplenty—notably, other alkylphenols. The main alternatives are alcohol ethoxylates and glucose-based carbohydrate derivatives such as alkyl­poly­glucosides, glucamides, and glucamine oxides. Many of these surfactants are less persistent than NPEs and break down into chemicals that are less toxic than nonyl­phenol, according to EPA.

Under its plan, EPA will add nonylphenol and NPEs to the Toxics Release Inventory, requiring companies to report their discharges of these substances into water and air or onto land.

In addition, the agency says it might require manufacturers to conduct toxicity testing of these compounds. As the agency makes the determination on whether such testing is necessary, it will take into account the phaseout of NPEs in detergents and how this mitigates releases of and exposure to these compounds.

EPA also intends to propose a new regulation in 2011 that would require any company that wants to use NPEs or nonylphenol in new applications to notify the agency before doing so. Plus, federal regulators will consider adding nonylphenol and NPEs to the list of chemicals of concern that might pre­sent an unreasonable risk to human health or the environment.

“We know these chemicals are highly toxic, and we know there are safer alternatives,” says Albert Ettinger, senior attorney with the Environmental Law & Policy Center, an environmental advocacy group. “This action by EPA is an important step.” Also praising the action plan is Workers United, SEIU. This union represents workers in the laundry, food service, hospitality, gaming, apparel, textile, manufacturing, and distribution industries.

But the Alkylphenols & Ethoxylates Research Council (APERC) charges that the EPA plan contains “oversights and inaccuracies.” The trade association represents manufacturers, processors, users, and raw material suppliers of alkylphenols and alkylphenol derivatives. For instance, APERC says, the agency’s plan characterizes nonylphenols and NPEs as persistent. Yet assessments by the EU, Canada, and two states—Washington and Oregon—have concluded that the two compounds are not persistent or bioaccumulative, the industry group says.

Meanwhile, EPA’s plan to control new uses of NPEs in industrial detergents and cleaning products isn’t supported by an agency finding that either laundry workers or the environment is at risk from these chemicals, APERC adds.

In the third action plan, EPA addresses possible environmental problems associated with dyes derived from benzidine and its congeners. Also known as azo dyes, these are used as laboratory reagents and biological stains, and in devices such as ink-jet printers and liquid-crystal displays, according to EPA. “These dyes have the potential to metabolize to carcinogenic amines both in and on the human body,” the agency says.

Raising questions about this plan is the Ecological & Toxicological Association of Dyes & Organic Pigments Manufacturers (ETAD) of North America. The group represents dye makers in the U.S. and Canada and is associated with the Society of Chemical Manufacturers & Affiliates.

ETAD worked with EPA to phase out benzidine dyes in the mid-1990s. The agency also issued a rule in 1996 that prohibits the use of these materials for any significant new uses.

“In view of the absence of benzidine dyes from commerce except for small quantities used for special diagnostic purposes, it is not likely for there to be any significant human exposure to these substances in the U.S.,” says C. Tucker Helmes, executive director of ETAD North America. “We question if it’s worth the expenditure of scarce government and industry resources to implement this plan.”

EPA says it’s mainly concerned about azo dyes used on textiles and leather products, such as shoes, that people wear for hours against their skin. The dyes could leach from textiles during prolonged contact with skin, the agency explains. Also, because dye production has shifted to Asia, the agency is focusing on whether benzidine dyes are on textiles imported into the U.S.

In consultation with the Consumer Product Safety Commission and other agencies, EPA says it will consider issuing a regulation to label, restrict, or ban azo dyes in textiles.

With these three new action plans, EPA has issued eight chemical control strategies in the past year. But these aren’t the last expected from the agency. EPA says it is developing action plans for two more classes of substances: diisocyanates and siloxanes. They are likely to be released later this year or early in 2011.