Climate Technologies: Prohibition is adopted under the UN biodiversity treaty 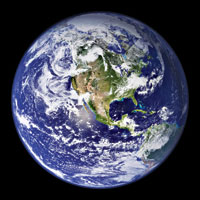 More than 190 nations agreed last week to ban geoengineering as part of action under a United Nations treaty to protect the diversity of life on Earth. The countries, which are parties to the 1992 UN Framework Convention on Biological Diversity, met for a conference of treaty partners in Nagoya, Japan.

Geoengineering refers to large-scale technological intervention, such as reflection of sunlight, to address rapid climate change.

The treaty partners reached an agreement providing that "no climate-related geoengineering activities that may affect biodiversity take place, until there is an adequate scientific basis on which to justify such activities and appropriate consideration of the associated risks for the environment and biodiversity and associated social, economic and cultural impacts."

"This decision clearly places the governance of geoengineering in the United Nations where it belongs," says Pat Roy Mooney, executive director of the ETC Group, an international activist organization that opposes geoengineering. Also called Action Group on Erosion, Technology & Concentration, the organization describes itself as supporting "socially responsible developments of technologies useful to the poor and marginalized."

"Decisions on geoengineering cannot be made by small groups of scientists from a small group of countries that establish self-serving 'voluntary guidelines' on climate hacking," Mooney continues. He refers to the Asilomar Conference on Climate Intervention Technologies, held earlier this year in Pacific Grove, Calif. The conference, with about 175 attendees, was held to garner suggestions on guidelines for geoengineering research. As yet, it has not produced a report (C&EN, May 24, page 26).

The agreement provides an exception to the prohibition on geoengineering. It allows "small-scale scientific research studies that would be conducted in a controlled setting ... only if they are justified by the need to gather specific scientific data and are subject to a thorough prior assessment of the potential impacts on the environment."

The U.S. is not a party to the 1992 accord and thus was not officially involved in the geoengineering decision.

On Oct. 29, the same day that the U.N. meeting in Japan agreed to the geoengineering ban, Rep. Bart Gordon (D-Tenn.), outgoing chairman of the House Science & Technology Committee, issued a report on geoengineering research. Gordon, who did not run for reelection this year, held a series of hearings over the past 12 months on governance of this type of research (C&EN, March 29, page 20).

"Broad consideration of comprehensive and multi-disciplinary climate engineering research at the federal level must begin as soon as possible in order to ensure scientific preparedness for future climate events," the report says.

Gordon, who says he is not in favor of deploying climate intervention technologies, warns against banning scientific study on geoengineering.

"A research moratorium that stifles science, especially at this stage in our understanding of climate engineering's risks and benefits, is a step in the wrong direction and undercuts the importance of scientific transparency," he writes in the report. "If climate change is indeed one of the greatest long-term threats to biological diversity and human welfare, then failing to understand all of our options is also a threat to biodiversity and human welfare."

The ban on geoengineering may be the most publicized outcome of the UN biodiversity meeting. Yet the official major product of the two-week gathering was a new international accord laying out how countries should cooperate in obtaining genetic resources and sharing their benefits.

Called the Nagoya Protocol, the pact outlines how countries and communities that have genetic resources, such as plants used as traditional remedies, will share in the benefits when commercial products such as pharmaceuticals are developed from them.

According to the UN Environment Program, which administers the biodiversity treaty, the Nagoya Protocol also says governments should consider reparations to developing countries for genetic material collected decades or even centuries ago if it is used to produce commercial products such as pharmaceuticals or new crop varieties.

"One option may be to put a proportion of any profits arising [from commercial products] into a special fund to be used by developing countries in order, for example, to build conservation or scientific capacity," UNEP says.

A spokesman for the trade group Pharmaceutical Research & Manufacturers of America tells C&EN it is studying the Nagoya Protocol but has not comment yet. "This is a very complicated document," he adds.

Comments
Cy;nthia W (May 20, 2015 8:41 AM)
This was a sham. Here we are, 2015, and the world is still having to contend with junk-science. Get science out of politics, and we might have real science initiatives.
Anyone can see what is happening to the planet via our own skies. Geo-engineering is happening, and we the people, do not consent. I have my awesome high-school teachers to thank. They taught me what junk-science is, and how to form a hypothesis. Geoengineering is a scam and a farce. We want it to end, and we will take our chances as the planet resets itself.
Reply »

Michael David Fleming (June 11, 2015 11:54 PM)
Tell me about it, sweetheart. Chemical weapons are being used on United States citizens. For "global warming." Somebody had to be really stupid to come up with that excuse.
Reply »

Beatrice Wright (June 14, 2016 4:17 PM)
Countries apparently have banned geoengineering but... it's obvious that they are all using it, where ever you go in the world, they spray chemtrails! All this without the consent and knowledge of people, this is criminal!
Reply »

Vlad (January 31, 2017 6:02 PM)
Geoengineering still going on at full capacity here in uk. Spraying for the past 10 days is relentless.