Cross-linkers, redox chemistry, or high pH, all in the name of beauty 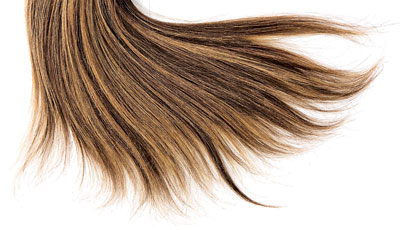 It’s a fact of life—people want what they don’t have. And when it comes to pin-straight locks, they’re going to extreme lengths to get them.

Take the ongoing safety controversy surrounding Brazilian Blowout, the trademarked name for an eponymous company’s hair-straightening method. Despite the company’s claims that the product is free of harmful chemicals, tests released in late September from Oregon’s Occupational Safety & Health Administration and Health Canada found levels of formaldehyde as high as 12% by weight in the product. Formaldehyde is a carcinogen when inhaled (C&EN, June 7, page 30).

Brazilian Blowout disputes those tests. But for at least some people, the controversy doesn’t matter. As one stylist told the publication Women’s Wear Daily, “The clients don’t care. They want it done. It is a life changer.”

Procedures that banish ringlets and frizz are as varied as a hair dryer plus good old-fashioned elbow grease and permanent chemical straighteners that don’t lose their effect until hair grows out. Every straightening method takes advantage of the chemistry of hair, which is a fiber made from the protein keratin. Hair gets much of its structure from two types of chemical bonds in keratin—noncovalent hydrogen bonds and covalent disulfide bonds.

“The idea is, if you break those bonds, you can reshape hair,” says Perry Romanowski, an independent cosmetic chemist who specializes in hair care. “Then you can create new bonds to hold the hair in its unnatural shape,” he says.

Using blow-dryers and flatirons, the most temporary of straightening techniques, rearranges the hydrogen bonds in hair, Romanowski says. Unfortunately, changes to hydrogen-bonding arrangements are fleeting around water, as anyone who’s had a silky blow-dry ruined by a drizzly day can attest.

Straightening techniques such as Brazilian Blowout originated in Brazil, where they’re called escova progressiva (progressive blow-dry). They provide a few months’ worth of straightening before wearing off. That staying power comes from fusing additional amino acids from keratin to the hair fiber. A cross-linking reagent, such as a solution of formaldehyde gas in water that can go by the name of formalin or methylene glycol, accomplishes the fusion.

“Formaldehyde is a very small molecule—it diffuses into hair extremely quickly,” says Yashavanth Kamath, a hair fiber expert and former director of the Textile Research Institute in Princeton, N.J. Formaldehyde cross-links amino acids from the product, as well as amino acids in the hair fiber, he says. After the hair fiber is stretched and heated with styling tools, “the fiber goes straight, and that straightened structure will be stabilized for a time,” he adds.

The active ingredient in most Japanese straighteners is ammonium thioglycolate, a compound that is also used to create curly perms from straight locks, explains Felicia Dixon, manager of the chemical research group at L’Oréal Institute for Ethnic Hair & Skin Research in Chicago.

Thioglycolate reduces the disulfide bonds in hair, leaving negatively charged cysteinate ions behind, Dixon says. At that point, hair becomes a blank slate, ready to be straightened by a flatiron. The stylist then uses a product containing an oxidizing agent, usually hydrogen peroxide or sodium bromate, to form new disulfides in spots that will anchor the straightened ’do.

Relaxers rely on high pH to straighten hair. Classic formulas contain lye, also known as sodium hydroxide. The hydroxide anions in the relaxer undergo a multistep reaction with a disulfide bond to form a thioether bond, which contains just one sulfur atom instead of the two in a disulfide linkage, Dixon says.

So-called no-lye relaxers work in a similar way, Kamath adds. Although they don’t contain sodium hydroxide, they do contain guanidine carbonate and calcium hydroxide, which, when combined, generate hydroxide ions, he says.

People who can’t live with curls may have a lot of options for straightening, but Kamath suggests that caution is in order.

“All of these straightening reactions have to be controlled,” Kamath cautions. “If you overdo the reaction, the hair fiber is irreversibly damaged,” he says. To be on the safe side, he recommends carefully following directions on home treatments or going to a salon professional. “A little suffering for beauty is okay,” he says, “but you cannot take chances with runaway reactions.”

Consumer Products
What are hair removers, and how do they get rid of unwanted fuzz?
Materials
Graphene hair dye fights unsightly flyaways
Business
Hair Care Ingredient Makers Get Creative
Share X
To send an e-mail to multiple recipients, separate e-mail addresses with a comma, semicolon, or both.
Title: Hair Straighteners
Author: Carmen Drahl
Chemical & Engineering News will not share your email address with any other person or company.

Comments
jaspreet kaur (February 22, 2012 5:14 AM)
very useful information.i will take care of these things.thank u.
Reply »

Diane (May 7, 2014 2:49 AM)
After the initial application of the Brazilian Blowout, including the flatiron and blow dry, do you know if the concerning toxic fumes.from formaldyhyde are released each time.the hair is blown.dry?
Reply »