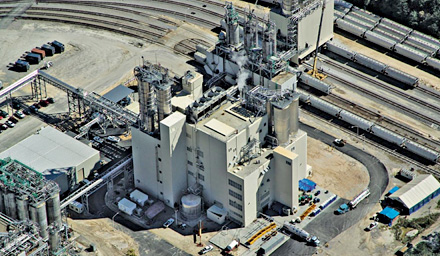 Eastman Chemical has agreed to sell its polyethylene terephthalate (PET) resin business to DAK Americas, a subsidiary of the Mexican conglomerate Alfa, for $600 million.

The sale includes two PET plants and a facility making the raw material purified terephthalic acid (PTA), all in Columbia, S.C. Eastman put the business up for sale in April after earlier selling off PET plants in Europe and Latin America.

Once one of the world's largest PET producers, Eastman enjoyed several heady years in the early 2000s as the clear polymer rapidly captured new markets such as water bottles and peanut butter jars. But more recently the company has struggled with the business. Eastman's performance polymers division, which is largely the PET business, lost money in 2008, 2009, and the first half of 2010. Its first-half sales were $416 million.

Alfa Chairman Armando Garza Sada says this latest purchase demonstrates his firm's commitment to PET. "This strategic acquisition reinforces our presence in the North American PTA and PET markets, where we supply some of the most important companies in consumer segments such as beverage, food, and personal care," he says. Alfa's polyester product sales were roughly $1.6 billion in the first half of 2010.

Eastman is the last publicly traded U.S. company to be involved in the PET business. In addition to DAK, current manufacturers in the U.S., include Indonesia's Indorama, Italy's Mossi & Ghisolfi, and Taiwan's Nan Ya Plastics. Another producer, the Invista subsidiary of privately-held Koch Industries, announced over the summer that it is considering the sale of its PET business.