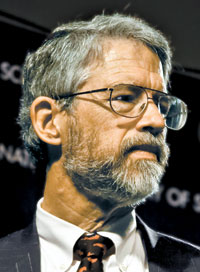 The White House Office of Science & Technology Policy (OSTP) has issued a long-awaited memorandum to federal departments designed to ensure scientific integrity in the government. The memo, dated Dec. 17, 2010, tells agencies they must create a “culture of scientific integrity” to ensure public trust in science. Critics of the new policy, however, were quick to point out that the memo contains few specifics and does not address all of the problems.

Just four pages long, the memo was written by OSTP Director John P. Holdren. It came about as the result of a March 9, 2009, statement by President Barack Obama on restoring scientific integrity. In his statement to executive departments and agencies, Obama pledged that government officials would “not suppress or alter scientific or technological findings and conclusions” used to inform public policy decisions. He gave the task of developing the integrity guidelines to OSTP and said it would be done in 120 days.

The process ended up taking about 20 months. In his comments on releasing the guidelines, Holdren made no mention of the delay, but he has commented in interviews that the process simply was more complicated than the White House anticipated. The final result is an outline of policies that needs to be fleshed out by individual agency rules and procedures.

“The new memorandum describes the minimum standards expected as departments and agencies craft scientific integrity rules appropriate for their particular missions and cultures, including a clear prohibition on political interferences in scientific processes and expanded assurances of transparency,” Holdren said in a statement.

Of primary importance is ensuring a culture of scientific integrity at each agency, based on honest investigation, open discussion, and a firm commitment to evidence, Holdren said in the statement. Public trust in science, he added, depends on shielding scientific data from “inappropriate political influence.”

To eliminate inappropriate political influence, Holdren’s memo instructs federal agencies to strengthen the credibility of government research by making sure that selection of candidates for federal scientific positions is based solely on their scientific and technological knowledge and that all data used to support federal policy undergo independent peer review, where feasible and appropriate.

Much of the memo advocates better communication of government science to the public. For instance, it tells agencies that they need to be more open and transparent with the news media and the American people about the process they use to make decisions involving science. This includes, with appropriate clearances, allowing government scientists to speak about their research with the public and reporters.

The selection of experts to serve on federal scientific advisory committees needs to be as transparent as practicable, the memo states. The selection of board members must be based on the individual’s expertise and contributions to the relevant subject area. The composition of advisory committees should be balanced in terms of members’ points of view. And information about board members needs to be made public, including biographies and conflicts of interest.

Obama asked for the scientific integrity guidelines because of real and perceived politicization of some government scientific work during the George W. Bush Administration. For example, a memorandum issued by the Department of Health & Human Services in 2004 placed severe constraints on researchers wishing to attend international conferences because of a concern that the researchers would present data that might contradict official U.S. policies on scientific issues such as embryonic stem cell research.

Scientists’ concerns that technical data were being systematically distorted to further political goals led to a report written by the Union of Concerned Scientists (UCS) and signed by 60 prominent scientists charging the previous Administration with undermining scientific integrity through a variety of policies.

In July 2004, the National Academies’ Committee on Science Education & Public Policy held an open meeting to address these concerns. By then, numerous news articles had been published about politicization of scientific advisory board memberships and how some scientists were not being allowed to participate in technical conferences. Scientists, agency representatives, and even members of Congress made presentations at the open meeting. No resolutions came out of the conference, but it clarified some of the problems that did exist.

Obama’s pledge to guarantee scientific integrity buoyed UCS and other government watchdog groups. But they were unhappy with the OSTP process and the huge amount of time the office took to complete the memo. One group, Public Employees for Environmental Responsibility (PEER)—a national alliance of local, state, and federal resource professionals—filed a lawsuit against OSTP under the Freedom of Information Act in October 2010 trying to get the office to disclose the information it was using to develop the guidelines ahead of the memo’s release.

Now that OSTP has issued the much-delayed memo, these groups are wondering what took so long.

“This guidance was almost two years in the making, but it reads like it was finalized at the last minute,” said Jeff Ruch, executive director of PEER, in a statement. “If it took this long to produce this very short guidance memo, how long will it take agencies to do the hard work of reducing these hazy principles to concrete, enforceable rules and procedures?”

Ruch criticized the memo as being “vague and contradictory.” He said it sidesteps a number of issues that PEER believes are critical to integrity, including whether scientific documents can be altered for nonscientific reasons, the adoption of appropriate whistleblower protections, and just how freely federal scientists will be allowed to speak with the news media and public.

Gary D. Bass, executive director of the advocacy group OMB Watch, is also concerned about the OSTP memo’s lack of specificity. “Articulating a vision for scientific integrity is essential, but the devil will be in the details, some of which are lacking in this memo,” he said in a statement.

“This is a rough but promising blueprint for honesty and accountability in the use of science in government decisions,” said Francesca Grifo, director of the UCS Scientific Integrity Program. The guidelines, she said, should help keep politics in its place and allow government scientists to do their jobs. “At the same time, I’m worried that the directive leaves an enormous amount of discretion to the agencies. We will be watching them every step of the way,” she said.

Congress has been following the issue of scientific integrity at federal agencies for many years and will be looking critically at how the OSTP guidelines are implemented. Rep. Paul Broun (R-Ga.), who is the incoming chairman of the House Science & Technology Committee’s Subcommittee on Investigations & Oversight, finds the OSTP guidelines problematic.

Broun had written to Holdren several times during the past year complaining about the delay in delivering the scientific integrity guidelines. He was particularly concerned because of some reported incidents by agencies in the Obama Administration of manipulating scientific data for political reasons. One instance Broun cited was the Department of the Interior’s reported manipulation of peer review recommendations in order to justify a moratorium on offshore oil and gas drilling.

“Upon initial review, these guidelines seem very similar to the standing guidance already in place,” Broun said in a statement. “I am looking forward to evaluating these guidelines in the upcoming Congress because, as we have seen over the past two years, rhetoric without action only breeds additional abuse of scientific integrity.”