Researchers take a new look at an old problem 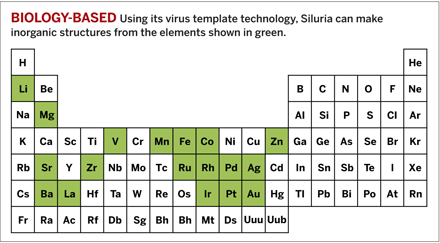 Two kinds of process improvements always interest petrochemical companies: ones that save energy and ones that enable the tapping of abundant raw materials. Oxidative coupling of methane, or OCM, promises both while making ethylene, the biggest petrochemical of them all.

OCM involves the activation of methane in the presence of oxygen to yield ethylene and water. The possibility of making the most important petrochemical directly from the major component of natural gas has long held enormous appeal to petrochemical makers, especially when oil prices are high.

Union Carbide, Arco Chemical, France’s Institut Français du Pétrole, and Australia’s Commonwealth Scientific & Industrial Research Organization all ran serious OCM research programs in the 1980s but failed to come up with commercial processes. Today, a rejuvenated effort is under way that makes use of tools such as high-throughput screening and molecular biology.

The world’s 140 million metric tons of annual ethylene capacity almost exclusively employs steam cracking. In the process, a furnace heats hydrocarbon feedstocks such as ethane, propane, and naphtha to about 800 °C. The conditions sever, or “crack,” both carbon-carbon bonds, creating smaller molecules, and carbon-hydrogen bonds, giving rise to the double bonds of ethylene and other olefins.

The process has long been the main pillar of petrochemical production, but that hasn’t stopped the industry from seeking alternatives. In recent years, companies have looked into dehydration of ethanol and conversion of methanol to olefins.

Brian Ames, vice president of olefins, aromatics, and alternatives at Dow Chemical, says steam cracking is hard to beat. But chemical companies are investigating OCM and other alternatives to try to reduce feedstock costs, Ames says. “The allure is there. You want to find a way to use some of these more readily available feedstocks, or at least lower-cost feedstocks.”

The majority of the world’s ethylene plants crack petroleum-based feedstocks such as naphtha. Alex Tkachenko, chief executive officer of San Francisco-based OCM start-up Siluria Technologies, points out that natural gas is more plentiful than oil and is cheaper in places such as the U.S. Global petroleum reserves will be depleted in a few decades, he notes, but “we still have multiple centuries of methane.”

Chemical producers in North America and the Middle East already use natural gas liquids such as ethane that are extracted from natural gas. But extraction is costly, and natural gas is normally at least 90% methane when it comes out of the ground. In many regions of the world, natural gas reserves contain so little ethane that cracking doesn’t make sense.

Moreover, steam cracking, though ubiquitous, is imperfect. It is an energy-intensive, endothermic process. And between 1.5 and 3.0 tons of carbon dioxide is emitted for every ton of ethylene produced, Tkachenko says. The OCM reaction is exothermic once it gets going, potentially saving an enormous amount of energy.

Although it might sound simple, OCM has proved to be tricky. “The challenge is to come up with a catalyst that will activate the methane by taking off just one hydrogen,” Tkachenko says. “It is really easy to take four hydrogens off the methane. That is called burning; you don’t need a catalyst for that.”

John Murphy, president of the Spring House, Pa.-based consultancy Catalyst Group Resources, says activation of methane is one of two areas of intense focus in industrial catalysis. “In addition to converting CO2 into useful products, one of the Holy Grails is limiting that methane activation to a single hydrogen bond,” he says.

Some of the corporate OCM efforts of the 1980s got as far as pilot plant construction, recalls Clyde Payn, CEO of Catalyst Group. The best yields of ethylene and coproduct ethane that these companies reported were around 25%. At the high temperatures needed to initiate OCM—about 800 °C—and with oxygen in the reactor, methane molecules find the urge to burn difficult to resist. “Making CO2 is the major danger,” Payn says.

The selectivity of the reactions back then was high—about 80%, says Charles Kresge, vice president of R&D for basic plastics, chemicals, hydrocarbons and energy, and licensing at Dow, which purchased Union Carbide in 2001. “But the conversion was too low,” he notes. “It was the classic selectivity-activity trade-off. It was then, and it is now.” A commercial process requires selectivity of about 85% and activity greater than 30%, Kresge says.

Siluria is making a fresh attempt to solve the problem by borrowing from biology. The company was founded on the work of Massachusetts Institute of Technology professor Angela Belcher, who harnesses biomineralization—used by nature to turn calcium carbonate into structures such as abalone shells—to make semiconductors and battery materials from a variety of elements.

At Siluria, the technique is being used to create new catalyst structures. Siluria scientists “grow” catalysts by nucleating crystals on the surface of a virus. By genetically engineering the virus, the scientists can express a limitless number of amino acid combinations on the virus’s surface. The structures of these proteins act like a template, determining how precursors such as magnesium oxide will come out of solution and crystallize.

The technique gives rise to a wide variety of catalyst surfaces, one of which, Siluria scientists hope, will have morphology that is optimized for the OCM reaction. The company has been testing thousands of catalysts with high-throughput methods.

Using templates to make catalysts isn’t new, the Catalyst Group’s Payn says. The method has been around for decades to make zeolite supports and other catalyst structures. “What is unique about Siluria’s story is that they are using a virus,” he says.

Thus far, Siluria has found materials that catalyze the OCM reaction “at several hundred degrees lower than people have been able to with conventionally prepared catalyst,” Tkachenko says. “That basically shifts you into the operating envelope where you now have a process that you can scale up.”

The company is still optimizing the catalyst for activity and selectivity, and Tkachenko won’t be specific about how much progress it has made. He hopes to have a pilot plant up and running next year. Last October, Siluria raised $13.3 million in a round of venture capital funding.

Tkachenko says chemical companies are interested as well. “We have been contacted by a number of sophisticated practitioners who have expressed strong interest in learning what we are doing,” he says. “At the right time, we plan to enter a partnership.”

One of the world’s most sophisticated chemical practitioners, Dow, has been pursuing OCM internally and through partnerships. The company began the effort in the middle of the past decade when feedstock costs were on the rise. In 2007, it issued the “Methane Challenge,” offering grants to researchers who can come up with novel chemistries involving methane activation.

In early 2008, after receiving about 100 proposals, Dow awarded a total of $6.4 million to a group at Northwestern University led by Tobin J. Marks and one at Cardiff University, in Wales, under Graham Hutchings.

Kresge says the researchers have made some progress, but he is reluctant to say how much. “The jury is still out” on the question of whether a commercial OCM process will emerge from the research, he says.

But given how long OCM has challenged chemists, the fact that the jury is deliberating at all can be considered progress.