The Scoop On Airborne Bacteria, Reinventing The Toilet 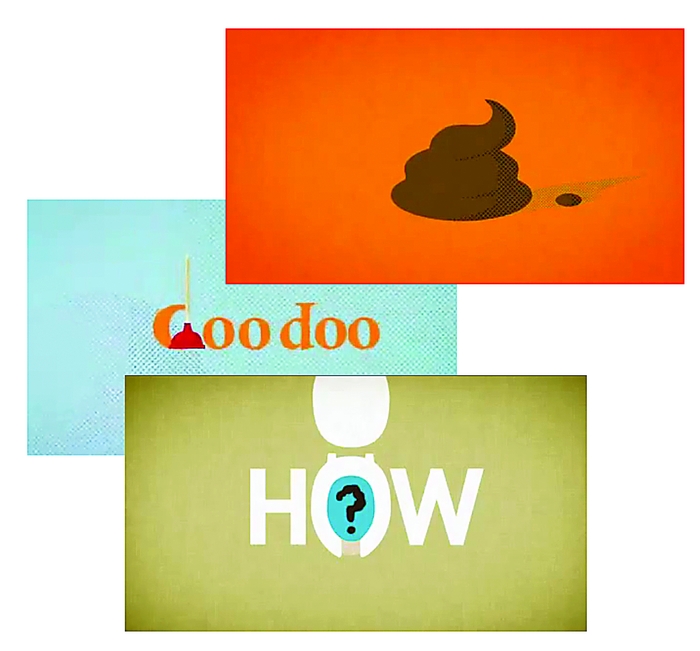 “What we find is a wide diversity of bacteria in the air, and a lot of them are coming from sources we’d expect, like soils or leaf surfaces,” says lead researcher Noah Fierer of the University of Colorado, Boulder. “But in certain locations, we were very surprised to find gut-associated bacteria.”

Further sleuthing identified an abundance of fusobacteria strains that are nearly absent in the guts of humans, cows, and chickens, but are relatively prevalent in those of the most likely culprit: dogs.

With more than one dog for every three Americans, it should come as no surprise that dog poop is abundant. And with 10,000 stray dogs wandering around Detroit, deposited dog poop can be aerosolized over time and significantly contribute to airborne bacteria.

But Fierer stresses that his team’s findings shouldn’t be alarming, especially because scientists’ knowledge about outdoor air is still very limited. “What people are gleaning from this research is probably paranoia, but the vast majority of these bacteria are likely harmless,” he says. “We’re exposed to bacteria everywhere. It’s not something to freak out about.”

But that doesn’t have to stop readers from mentioning this little factoid the next time otherwise friendly neighbors aren’t inclined to scoop their dog’s poop.

While dog owners around the world worry—or don’t—about cleaning up after their best friends, they should try not to forget the convenience of flushing their own waste good-bye. In many developing parts of the world, the lack of adequate disposal of human waste is a serious and often neglected public health problem.

Last month, the Bill & Melinda Gates Foundation announced grant winners for its “Reinvent the Toilet” challenge to address the growing global need for waste sanitation. Motivating the competition were the 2.6 billion people who don’t have access to basic sanitation services and the more than 1 million children who die from diarrheal disease each year.

The toilet hasn’t changed much since it was invented 200 years ago, so the task posed to 22 universities was to design an innovative toilet that can work in communities that don’t have access to sufficient running water, sewers, or electricity.

“In addition, it must cost less than 5 cents per person per day, and it has to process human waste within 24 hours,” says Yu-Ling Cheng, whose University of Toronto team won one of the eight Gates grants. “So we’re off the grid. It’s quite the challenge.”

Cheng’s group is working to build a toilet that will mechanically dehydrate and slowly burn feces, to sanitize the waste and recover resources. Other funded ideas include a solar-powered toilet that will generate hydrogen and electricity and a urine-diverting toilet that will recover clean water and nutrients.

Funded groups must present a finished prototype at a showcase in Seattle at this time next year, and all have a bit of work to do before their diverse designs meet the criteria, Cheng says. “One solution may work in one setting, and another may work better somewhere else,” she says. “Right now, we’re just trying to get our approach to work, and once it does, we’ll deploy it.”

Pollution
Measuring microplastics in seafood
Persistent Pollutants
US FDA sets voluntary arsenic limit in infant rice cereal
Persistent Pollutants
Goodbye to some PFAS in food packaging
Share X
To send an e-mail to multiple recipients, separate e-mail addresses with a comma, semicolon, or both.
Title: The Scoop On Airborne Bacteria, Reinventing The Toilet
Author:
Chemical & Engineering News will not share your email address with any other person or company.