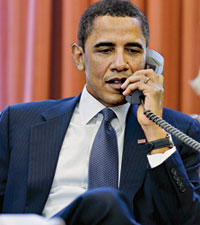 Industry groups are praising President Barack Obama for issuing a directive to agencies last week to weed out or update obsolete regulations and ensure that federal rules’ benefits justify their costs. Obama says this strategy will support economic growth and boost employment while protecting Americans’ safety and health.

“President Obama is acting in the nation’s best interests,” says Charles T. Drevna, president of the trade group National Petrochemical & Refiners Association. “By removing unnecessary regulatory burdens, the President can free up the mighty engine of our free-enterprise system to create jobs and bring a return to prosperity.”

Lawrence D. Sloan, president of the Society of Chemical Manufacturers & Affiliates, endorsed what he described as “President Obama’s call to review federal regulations that stifle job creation and make our country less competitive.” SOCMA is a trade group that represents mainly small and midsized chemical companies.

Obama’s move comes as Republicans in the House of Representatives are launching investigations into his Administration’s regulations, which they contend kill jobs. Spearheading that effort is Rep. Darrell E. Issa (R-Calif.), chairman of the House Oversight & Government Reform Committee. Issa will hold hearings to air gripes from industry officials about federal rules (C&EN, Jan. 17, page 26).

The President’s directive also applies to regulations under development, including EPA’s plans to regulate carbon dioxide and other greenhouse gas emissions.

The American Chemistry Council and the National Association of Manufacturers say Obama’s order could portend significant changes to a proposed Clean Air Act regulation that is controversial. That pending rule would clamp down on toxic air pollution from industrial boilers. These industry groups, backed by members of Congress, claim the proposal would jeopardize jobs. EPA says it is revamping the proposal (C&EN, Dec. 13, 2010, page 24).

Obama’s directive also has critics. “Industry has long claimed that there are burdensome, useless regulations on the books, but has time and again failed to present a convincing case,” says Rena I. Steinzor, president of the Center for Progressive Reform, a left-leaning think tank. The review of regulations at best will waste resources at budget-strapped agencies and at worst will eliminate important protections, she says.—