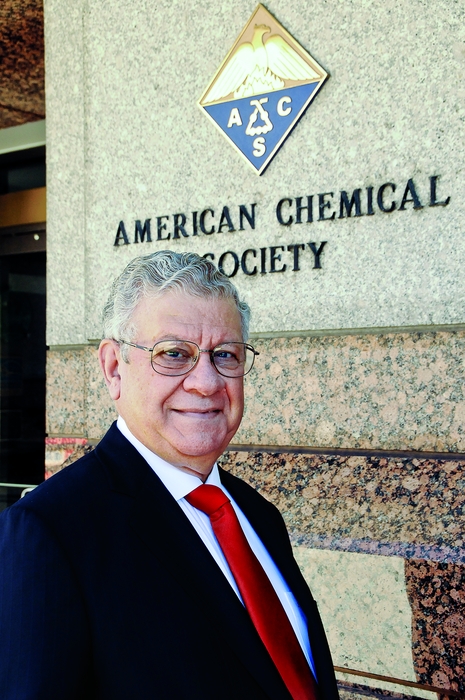 An assessment of the state of graduate education and development of tools to help chemists discuss climate science within their communities are the mandates for two task forces that ACS President-Elect Bassam Z. Shakhashiri has formed.

Shakhashiri, a chemistry professor who holds the William T. Evjue Distinguished Chair for the Wisconsin Idea at the University of Wisconsin, Madison, says the task forces’ objectives relate to the theme of his presidential year: “Advancing Chemistry/Communicating Chemistry.”

The ACS Presidential Commission on Graduate Education in the Chemical Sciences will be chaired by Larry R. Faulkner. “We haven’t looked at the goals and the concepts for graduate education in chemistry in the U.S. in decades, and I think it’s time that we take a close look,” says Faulkner, who is president of the philanthropic Houston Endowment; former president of the University of Texas, Austin; and a former chemistry professor. He hopes the commission’s work will “create the best possible experience for future students.”

Shakhashiri says the commission will examine questions such as, “Has the current practice, where the educational experience is largely influenced by a single professor, served us well in terms of the conduct of research and education? Is it suitable for the 21st century? We make promises to graduate students—about jobs, about support, about duration of program, about preparing them for serving society. Do we keep those promises? What happens after they graduate?”

By next December, the commission will suggest an array of strategies to modify graduate education so it serves the needs and aspirations of graduate students and of society as a whole.

Shakhashiri is quick to point out that the commission will not decree what professors should do, nor will it devise standards such as those developed for undergraduate education by the ACS Committee on Professional Training.

Instead, he says, the commission will serve as a “platform for a thoughtful conversation about the purposes of graduate education and research in the chemical sciences,” including fields such as biochemistry, chemical engineering, and materials science. “We’ll have listening sessions at national and regional meetings,” Shakhashiri says. “People can also express their opinions via electronic means.”

Chemists certainly know the science underpinning their own fields of discipline, Shakhashiri notes. But, he says, “many may not have a similar understanding of the basics of climate science.” And that’s where Shakhashiri’s second task force comes in. The ACS Presidential Working Group on Climate Science will “provide Web-based tools to help chemists in diverse fields understand and communicate the basics of one of the great global challenges of the 21st century.”

Before chemists can carry on that type of conversation, however, they may need some help with the fundamentals of climate science. “Those include an understanding of the value and limitations of climate models, for instance, and the natural and human-related factors that can impact Earth’s climate,” Shakhashiri says. “Chemists might not be aware that any molecule with three atoms or more in the gaseous state is a greenhouse gas,” he adds. But only some of these molecules pose problems, and only because their levels are too high. In fact, he notes, if it weren’t for greenhouse gases, the Earth would be uninhabitable.

The working group will stick to climate science and will stay away from other climate-related topics, such as the politics or economics of climate change, Shakhashiri says.

Jerry A. Bell, a noted chemistry educator who is a faculty associate with the Wisconsin Initiative for Science Literacy at the University of Wisconsin, Madison, chairs the working group, which began meeting in October.

The group has two goals: to assemble by early 2012 a tool kit of information about the fundamentals of climate science for ACS members and to suggest strategies for engaging others in dialogue on climate science.

The tool kit will serve as the basis for conversations in which chemists communicate climate science to the public. Shakhashiri hopes it will help ACS members engage with members of the public in a productive way.