Competition
[+]Enlarge
Credit: EPA/Newscom
The launch of a less costly generic version of Lipitor is an example of a pro-consumer patent litigation settlement, the generic drug industry says. 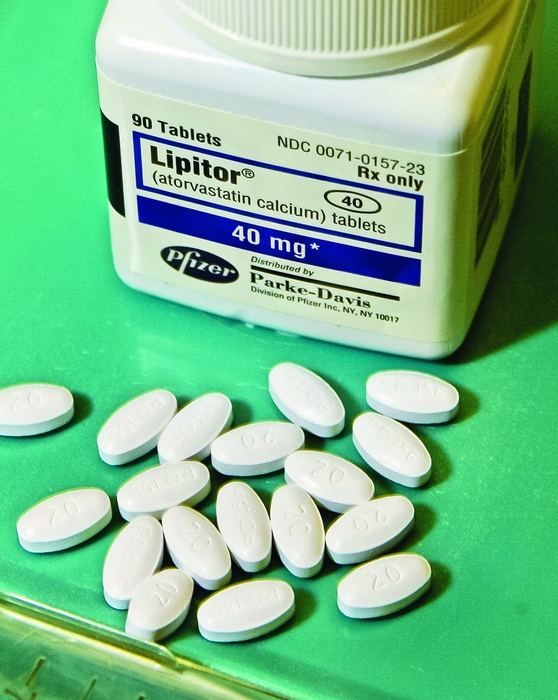 Credit: EPA/Newscom
The launch of a less costly generic version of Lipitor is an example of a pro-consumer patent litigation settlement, the generic drug industry says.

An effort by some members of Congress to restrict pharmaceutical industry deals that critics charge are designed to delay the market entry of low-cost generic drugs has thus far been unsuccessful. But two senators, who aim to curb certain patent lawsuit settlements between brand-name and generic drug makers, are trying a new legislative approach.

“At a time when Americans are struggling to make ends meet, the cost of prescription medications is outpacing inflation. We need a federal law in place that encourages competition, not collusion,” says Sen. Jeff Bingaman (D-N.M.). To meet this need, he and Sen. David Vitter (R-La.) have introduced a bill (S. 1882) to encourage more generic companies to challenge the validity of brand-name drug patents.

The pharmaceutical industry has opposed past efforts in Congress to ban, restrict, or deter patent settlements. Under current law, industry lobbyists note, the Federal Trade Commission (FTC) already has authority to review and evaluate any settlement agreement between a brand-name company and a generic manufacturer to ensure that it is not harmful to competition.

The industry also argues that the agreements actually benefit consumers because they allow generic equivalents of brand-name drugs to reach the market before the patents on the original products expire. “The facts are crystal clear: Patent settlements save consumers and taxpayers billions of dollars,” says Ralph G. Neas, president and chief executive officer of the Generic Pharmaceutical Association (GPhA), an industry trade group.

GPhA says it is still reviewing and has not yet taken a position on S. 1882, which was introduced last month. The measure would amend the Hatch-Waxman Act by removing a key exclusivity period for the first generic company that successfully challenges a drug patent.

The 1984 Hatch-Waxman Act revolutionized the generic drug industry by establishing a fast and inexpensive approval system for their copycat medicines. Among other things, it encourages generic drug companies to challenge big pharma’s patents in order to give patients quick access to an affordable and diverse supply of prescription drugs. On average, generic medicines cost one-fourth as much as their brand-name counterparts.

Under the statute, a generic company can seek to market a drug before the patent on the original product expires. Typically, the generic manufacturer initiates a legal proceeding against the brand-name company that challenges the validity of the patents protecting the product or that claims that the generic version would not infringe those patents.

As an incentive, the first manufacturer to successfully challenge a drug patent, the so-called first to file, earns the right to have the only generic version on the market for six months before competing versions can win Food & Drug Administration approval. The exclusivity period, which can be worth many millions of dollars, encourages generic manufacturers to incur the legal fees and risk associated with challenging patents that may be weak or invalid.

Bingaman and other critics argue that one unintended result of the 180-day exclusivity provision is that brand-name and generic companies opt to settle to avoid costly litigation. Such settlements sometimes include a deal in which the generic manufacturer agrees to stay out of the market for an agreed-upon period. In some cases, brand-name companies have paid or otherwise compensated generic firms to delay the introduction of lower cost medicines, a type of deal FTC calls “pay for delay.”

“While a lot of companies don’t engage in pay-for-delay settlements, the ones that do increase prescription drug costs for consumers and the government each year,” says FTC Chairman Jon Leibowitz, who has been urging Congress to ban the practice.

Deals like these leave only the expensive brand-name drug on the market, while both the name-brand company and the generic company benefit financially, Bingaman says. Meanwhile, consumers and the federal government are forced to purchase more expensive medications for longer periods of time.

Bingaman says his legislation would fix what he calls a “major flaw in the current law” by allowing any generic company that wins a patent challenge in district court or is not sued by the brand-name company to share most of the 180-day market exclusivity that was originally reserved for first filers only.

In effect, the proposal would permit any generic company that successfully challenges a brand drug’s patent to come to market, allowing more than one generic company to enter the marketplace and provide competition. “This bill would bring lower cost medications to market and bring a level of fairness to the pharmaceutical industry,” Bingaman says.

The legislation may cause division between larger generic firms, which are typically the first filers, and smaller companies, which are ready to launch a product but are now blocked from doing so during the 180-day exclusivity period. GPhA declined to comment on whether such a division already exists.

“The Bingaman-Vitter legislation will make it easier for other generic competitors to try to challenge weak or invalid patents and bring generics to the market faster by effectively eliminating the first-filer bottleneck,” says Wells Wilkinson, director of prescription access litigation at Community Catalyst, a Boston-based consumer advocacy organization.

A subsequent generic challenger would still have to go to court and prevail at trial. “But one positive outcome of this legislation is that it would allow competition by other generic manufacturers even if one company had settled and agreed not to bring a generic to market,” Wilkinson notes.

He says the measure complements another Senate bill that would severely curtail the pharmaceutical industry’s ability to enter into settlement agreements to end drug patent litigation. The industry-opposed legislation (S. 27) creates a presumption that deals involving compensation between brand and generic companies violate antitrust law, and FTC would be given authority to stop them. The Congressional Budget Office (CBO) estimated last month that the bill would save consumers $4.8 billion over a 10-year period.

But the drug industry has long maintained that the savings estimates projected by CBO and others from a ban on patent settlements are based on faulty assumptions. One assumption is that because of settlements, generic drugs come to market at a later date than if a generic manufacturer had challenged a brand company’s patents in court, won the case, and took its product to market immediately.

This assumption is invalid, according to GPhA, because generic companies win just 48% of the drug patent cases that are litigated to conclusion. Thus in more than half of the cases with no settlement, generics are delayed from entering the market until the brand patent expires, GPhA’s Neas points out. But when companies enter into settlement agreements, the generic drug enters the market before patent expiration in all of the cases.

“The bottom line,” the industry spokesman asserts, “is that settlements have never delayed generic market entry beyond the date of the patent expiration, and instead have proven to be pro-competitive and pro-consumer by making lower cost generics available months and even years before patents have expired.”

Neas also notes that 16 of the 22 first-time generic medicines that became available in the U.S. this year entered the market prior to patent expiration because of a settlement agreement. Among them is atorvastatin calcium, a generic version of Pfizer’s cholesterol-lowering blockbuster Lipitor. It came to market on Dec. 1, more than six years before all patents were due to expire.

“It shouldn’t be lost in all the news about generic Lipitor that the product is coming to market in 2011—and not 2012 or even later—because of a pro-competitive, pro-consumer settlement, the same kind of settlement FTC is lobbying Congress to restrict,” Neas says.