A Liquid Future For Hydrogen Fuel? 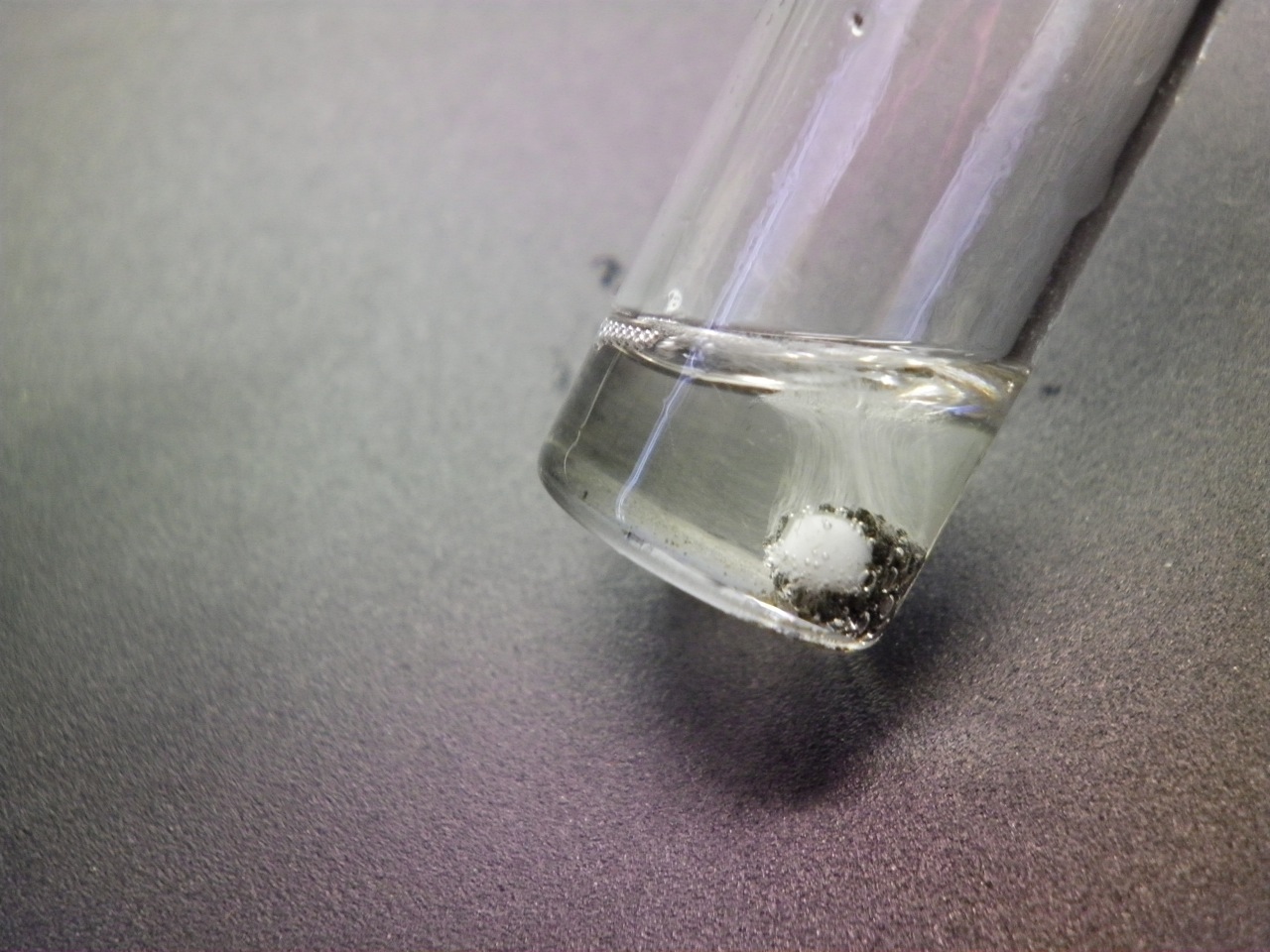 To roll out a fleet of hydrogen-fueled vehicles, scientists and engineers will need to develop a practical way to store the gas. Until now, solid storage materials have dominated the hunt. Now researchers report a liquid contender: a cyclic amine borane that frees hydrogen gas while remaining liquid (J. Am. Chem. Soc., DOI: 10.1021/ja208834v).

Storage Reaction
[+]Enlarge
Credit: J. Am. Chem. Soc.
With a little heat and an iron chloride catalyst, BN-methylcyclopentane frees hydrogen as it forms a trimer.

Credit: J. Am. Chem. Soc.
With a little heat and an iron chloride catalyst, BN-methylcyclopentane frees hydrogen as it forms a trimer.

The Department of Energy wants to develop a viable liquid or solid carrier for hydrogen fuel by 2017. Many experts would prefer a liquid, says Shih-Yuan Liu, an organic chemist at the University of Oregon, because it could slip into the current gasoline infrastructure more easily than a solid could.

Liu and his group thought they could develop such a liquid material based on their previous work. Recently, they developed a series of solid six-membered cyclic amine boranes that readily release hydrogen when they react to form trimers (J. Am. Chem. Soc., DOI: 10.1021/ja206497x). By shrinking the ring to five atoms and tweaking the structures further, the chemists stumbled upon BN-methylcyclopentane, a liquid stable in air and water. When three BN-methylcyclopentane molecules react to form a trimer, they release six molecules of hydrogen. This reaction needs only a cheap catalyst, iron chloride, and slight heating to 80 °C.

Because the trimer is also a liquid, all forms of the storage material are compatible with the gasoline infrastructure. Also, for a small compound, BN-methylcyclopentane has a surprisingly low vapor pressure, Liu says, making it unlikely to contaminate the hydrogen fuel stream.

The researchers can regenerate the starting material from the trimer with 92% yield by first reacting it with methanol and then with lithium aluminum hydride. But Liu cautions that this two-step regeneration isn’t energy efficient.

Arvind Varma, a chemical engineer at Purdue University, says the new material is “a good start,” but isn’t yet “attractive for vehicle applications.” For example, he says that the researchers need to at least double the amount of hydrogen released by a given volume of the liquid.

Liu has some ideas to improve the hydrogen yield, such as dissolving ammonia borane, a solid hydrogen storage material, in the BN-methylcyclopentane liquid.

Comments
Keith D. Patch (January 12, 2012 5:26 PM)
Given the 80C hydrogen release temperature, this sounds like an improvement on carbazoles.

alan ward (February 16, 2012 6:02 PM)
good keep up the good work.all heardles have been passed except the infastructure type and costs,,,,what will it cost the current reapear and mantainence costs of fossil fuel = the costs of hydrogen up take in existing tanks, for a year.. speculations on this and costs.infa structure, we can drive down all costs,, it looks like ,good luck.
Reply »

alan ward (June 22, 2014 8:21 PM)
war or though dirty, hydrogen quickness and distance and portability and efficiency and size to verticals any, and recharge vair sun, allows it to be attractive to governments when electric stand alone doesn't quite although cheaper fills, so diversify ad and, and have answers, to me, hydrogen, just does . add the goals of economies' and the rich ownership profits does do it to. too. products listed under hydrogen,,.i would like a world without wars but highly impractical. and I would like the gadgets, off shoots bonuses of hydrogen, and technology. off shoots.
Reply »

ElmChris (January 31, 2015 8:09 PM)
Why would you even want to use hydrogen for anything! It doesn't exist terrestrially and it's not efficient to try and produce it.

You get the hydrogen out for fuel cells and then use platinum to catalyze it?????????

Just burn the natural gas from the shale deposits that have trillions and trillions of cubic feet of gas buried beneath.

Oh and by the way, the transportation and distribution of the Hydrogen is going to be costly and difficult to achieve even in it liquid state.

Employee of a failed fuel cell program that spent millions and millions on chasing the dream.
Reply »