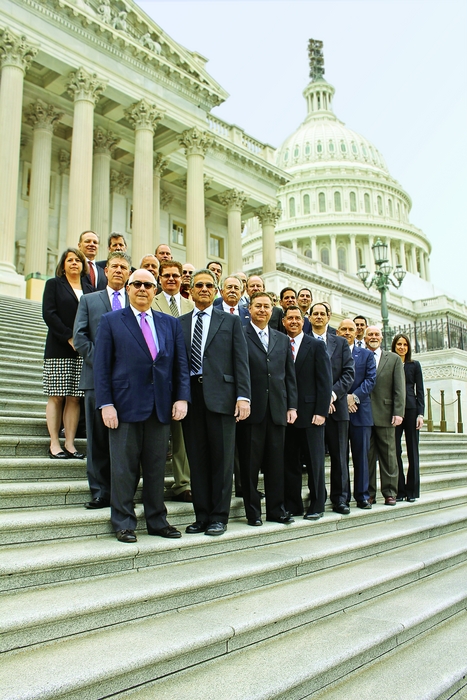 Propelled by bipartisan agreement that rarely surfaces in an election year, the Senate and House of Representatives cast near-unanimous yes votes last month for bills aimed at expediting the nation’s drug approval process and protecting its drug supply.

Strong support for the bills in Congress mirrors a spirit of cooperation between the Food & Drug Administration and manufacturers of pharmaceutical chemicals. Both FDA and the fine chemicals industry are hailing their joint effort to include in the legislation provisions for generic drug user fees. The fees, they say, are the hallmark of a new system for ensuring the safety of the pharmaceutical supply chain.

The Senate bill (S. 3187), which passed by a vote of 96 to 1, and the House bill (H.R. 5651), which passed by a 387-to-5 vote, call for, among other things, reauthorization of the Prescription Drug User Fee Act (PDUFA). The 20-year-old law establishes payments by innovator drug companies to help fund FDA’s efforts to audit production facilities and process New Drug Applications (C&EN, June 4, page 7).

Fine chemicals manufacturers, however, are more interested in the section of both bills calling for creation of a new user fee for generic versions of branded small-molecule and biologic drugs. Given the growing importance of generics, they say, this provision will have a far bigger impact on public health by forcing foreign pharmaceutical chemical suppliers to operate under the same standards as they do.

The Generic Drug User Fee Act, or GDUFA, would enact a fee on manufacturers of generic active pharmaceutical ingredients (APIs). By drawing from a larger pool of manufacturers than PDUFA does, GDUFA would increase FDA’s resources significantly. It would also enhance the agency’s capacity to inspect foreign suppliers, especially those in India and China, which account for nearly 80% of the APIs used in drugs sold in the U.S.

Congress’ swift action was motivated partly by the fact that failure to reauthorize current user fees would have resulted in the layoff of about 2,000 FDA employees and a halt to application reviews. Congress was also under pressure to strengthen FDA’s oversight of the drug supply chain in the wake of the 2008 heparin contamination scandal. Moreover, regulatory and industry sources agree that Congress wants to finalize legislation prior to a possible Supreme Court overturn of the Patient Protection & Affordable Care Act.

Fine chemicals producers in the U.S. and Europe laud the change in the relationship between FDA and their industry. For years, the industry has lobbied the agency to establish a “level playing field,” whereby every manufacturer of a product that enters the supply chain bears the cost of operating according to FDA’s current Good Manufacturing Practices (cGMP) standards. “This is a unique time for one of our primary priorities—drug safety,” says William E. Allmond IV, vice president of government and public relations at the Society of Chemical Manufacturers & Affiliates, a trade association representing fine chemicals makers. Whereas Allmond expects little action from Congress on other issues of interest to SOCMA members—such as the Toxic Substances Control Act and reauthorization of the Chemical Facility Anti-Terrorism Standards—GDUFA is a sure thing for 2012, he says.

“It is nice that drug safety is one of those issues that both Congress and FDA are committed to and actually taking action upon,” Allmond says. “We may actually have something by the end of the year that we can deliver to the industry.”

SOCMA has called for increasing FDA’s resources to conduct cGMP audits since 2006 when it launched its Bulk Pharmaceuticals Task Force (BPTF), which works with Congress and FDA on drug supply security issues. According to John DiLoreto, who heads the task force, SOCMA has been advocating for a risk-based system of determining which facilities need to be inspected and how often inspections must occur. 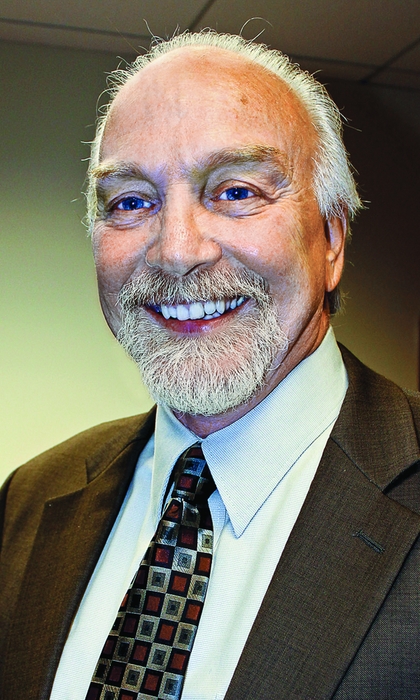 DiLoreto says SOCMA is pleased with the bills that went to the floor for debate in the Senate and House last month. The GDUFA language originally negotiated with FDA was “kept pretty much intact” by the Senate Health, Education, Labor & Pensions Committee and the House Energy & Commerce Committee, he says. In addition to calling for risk-based inspections, the association pushed for shortening the review period for Abbreviated New Drug Applications (ANDAs) to 10 months for 90% of all applications. These applications are the route for FDA approval of generic drugs. The current processing period averages more than 30 months and is partly responsible for shortages of certain generic drugs, DiLoreto says.

The negotiations between SOCMA and FDA began in September 2010 and also involved the Generic Pharmaceutical Association and the European Chemical Industry Council’s European Fine Chemicals Group. They marked a turning point in industry-FDA relations, according to DiLoreto and others, who claim to have been frustrated in past communications with the agency. Regarding plant inspections, “FDA is a group that has a tendency to conduct their work in a less than transparent manner,” DiLoreto says.

The agency has established user fees for innovator drugs, medical devices, and veterinary drugs but none for generic drugs. Yet generic drugs create the greatest strain on the agency’s resources, points out Peter C. Beckerman, a senior policy adviser at FDA. About 1,000 ANDAs are filed for generics each year, versus about 100 applications for new branded drugs.

“Generics have been an unqualified public health success, but one that has started to tax the existing resources,” Beckerman says. He adds that generics had nowhere near the market impact 20 years ago, when PDUFA was first authorized, that they have now. “We realized we’d gotten to the point where the only way to get the resources needed to continue to review applications in a timely fashion and improve our performance was to have a user fee.”

Industry and the agency have been on the same page through most of the process, he says. “We have been up-front about saying that agency resources for generics simply have not kept pace with the workload.”

Other changes at FDA had established precedents for a way forward with generics, Beckerman says. In addition to the user fee scheme established in PDUFA, he notes, the 2009 passage of the Food Safety Modernization Act, a law that shifts FDA’s food safety emphasis from response to prevention, focused the agency on risk.

“Both the Senate and the House bills talk about moving FDA to a fully risk-based inspection regimen,” he says. “That will be a huge step forward for the American public.” GDUFA would provide approximately $300 million in annual funding.

Industry participants say they are willing to pay a user fee to support risk-based auditing, says Guy Villax, chief executive officer of Hovione, a Portuguese API producer. Villax is among the European fine chemicals executives who have been involved with negotiations with FDA. He has also testified before Congress on supply-chain safety issues.

Villax is impressed with the openness FDA has demonstrated in its communication with industry in the past year. European regulators have also engaged more directly with industry to improve supply-chain safety, he says.

“It’s a sea change. And I feel it started before heparin,” Villax says. He notes that FDA has begun posting inspection outcomes on the Internet and that the agency’s newly established Office of Drug Security, Integrity & Recalls (ODSIR) is now an observer at meetings of Rx-360, a group of drug companies and API producers collaborating on shared auditing and other means of improving supply-chain oversight.

“The intensity of engagement during the GDUFA discussions was totally eye-opening,” Villax says. Industry executives got a view of the extraordinary challenges the agency faces. They also learned about the agency’s lack of resources, including an information technology infrastructure inappropriate to the challenge. “They need help,” he says. “But they are doing the right thing.”

“As a patient, I want FDA regulation. I want to know what I am getting is appropriate, and I want FDA watching,” Munk says. “As a business operator,” he adds, “I want a level playing field.” Many Chinese and Indian pharmaceutical chemical producers, he points out, are not audited by FDA and do not operate at cGMP standards.

Munk finds FDA “pleasant to deal with as long as one complies with the law.” He takes a practical view of the increased cooperation between industry and regulators and the swift movement of legislation through Congress this year. “Regulations are there because someone screwed up,” he says. “Something happened; people clamored for change.”

FDA, in fact, has been scrambling in recent years. The agency has opened a network of 17 international offices, including offices in China and India. And ODSIR, established last year, has been creating a conduit between industry and regulators to facilitate a collaborative framework for ensuring supply-chain safety. S. Leigh Verbois, deputy director of supply-chain integrity at ODSIR, explains that much of the agency’s effort involves determining where APIs are coming from and how they are distributed.

“There is an understanding that supply chains are linked globally and that the agency can’t do it alone,” says Verbois, who is ODSIR’s representative at Rx-360. “We need to engage every stakeholder.”

Villax credits FDA’s current leaders with an important breakthrough—admitting that the agency needs industry help. He recounts hearing FDA Commissioner Margaret A. Hamburg publicly state that rampant globalization has left FDA not in control of food and drugs. “Ten years ago you would never hear a regulator acknowledge something like that—that we need a new model.”

Business
Perspectives: A new world for pharma contractors
Pharmaceuticals
FDA Needs To Step It Up
Business
Drug Standards Sought
Share X
To send an e-mail to multiple recipients, separate e-mail addresses with a comma, semicolon, or both.
Title: Détente Emerges On Drug Safety
Author: Rick Mullin
Chemical & Engineering News will not share your email address with any other person or company.